Should Women Be Screened For Abdominal Aortic Aneurysms? 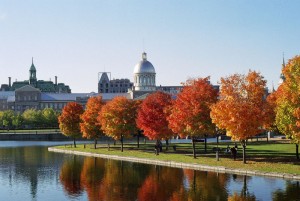 Laura K. sits in the office of her cardiologist waiting for the results of her follow-up aorto-iliac duplex scan. Six months ago, Laura had an endostent placed in her abdominal aorta after a 5.2 cm x 5.4 cm abdominal aortic aneurysm (AAA) was discovered.  Though she has recently quit, Laura, now 70, smoked for a large portion of her life. Her advanced age and smoking put her at increased risk of suffering a potentially life-threatening aortic aneurysm rupture.

Approximately 30,000 deaths annually in the United States are attributed to abdominal aortic aneurysms (AAA), and about one fifth of these deaths are in women.[1] An abdominal aortic aneurysm is defined as an aorta with a diameter of greater than 3 cm.  Ruptured AAA is the thirteenth most common cause of death in the United States and is responsible for 4-5% of sudden deaths.[2] The prevalence of AAA is 6 times greater in men than in women,[3] with one study demonstrating a prevalence of 1.3% in women and 7.6% in men.[4] Due to this low prevalence, women were excluded from many large trials of screening for AAA. But is it really prudent to assume that women don’t need to be screened?

The United States Preventive Services Task Force (USPSTF) published screening recommendations for abdominal aortic aneurysms in 2005 and recommended against routine screening for AAA in women.[6] According to the report, “Because of the low prevalence of large AAAs in women, the number of AAA-related deaths that can be prevented by screening this population is small. There is good evidence that screening and early treatment result in important harms, including an increased number of surgeries with associated morbidity and mortality, and psychological harms.”[6]  The report cited operative mortality rates of 4-5% for open surgical repair and the high rate of  cardiac and pulmonary complications as reasons why the cost of screening outweighs the benefits.[6] However, “endovascular repair has even better statistics, with an annual rate of rupture of 1%.”[6]  In contrast, the overall survival rate of patients who experience a ruptured abdominal aortic aneurysm is only about 25%.[7]  Of patients with ruptured AAA, about half will reach the hospital alive; of those, 50% will not survive emergent repair.[8-9] So which has a higher cost: psychological distress or a 75% mortality rate?

The incidence of AAA has been rising over the past 40 years. Interestingly, the rate of hospital admission for aneurysm rupture in men has been decreasing. However, the number of women admitted for AAA has been steadily increasing. Smoking is the risk factor most strongly associated with AAA. Smoking was a risk factor in 75% of all aneurysms that were ≥4.0 cm; additionally, the risk increases with the number of years spent smoking.[10] An interesting idea about the gradual increase in women with AAA may be related to changes in smoker demographics that have occurred in the past 50 years.[11] Smoking became popular for women in the 1950s, many years after men began smoking in large numbers.[11] Additionally, men have a higher rate of successful smoking cessation.[12] Since AAA follows the smoking trend, women may be increasingly at risk.  Family history also plays a role; one study showed that the prevalence in women with a family history of AAA was 8.3%.[5] Shouldn’t these women be screened?

Gender plays an important part in the issue of screening because the male aorta is generally larger than the female aorta. One study showed that a 5.2 cm AAA in women is equivalent to a 5.5 cm AAA in men.[13] Additionally, as the diameter of the AAA increases the likelihood of rupture increases exponentially in women.[13]  Therefore, the same cutpoints–3 cm for an aneurysm and 5.5 cm for surgical intervention–should not apply. However, the basis of the screening recommendations from the USPSTF uses the same cutoff for both men and women.  The American Association for Vascular Surgery and Society for Vascular Surgery recommends performing elective repair at 4.5 to 5 cm in women.[14]  Even though there is a clear difference, there are very few studies that look at the role of gender. However, one study showed that even without accounting for gender-related change in aortic diameter, the annual risk of rupture of an aneurysm greater than 5 cm was 18% in women versus 12% in men.[15]

As with all screening tests, it is prudent to consider cost. One study in 2006 reviewed data from many previous studies and found that the cost per year of life gained by screening and operating on women was about $5911. The cost-effectiveness ratio was similar to that of screening men. They further went on to explain that the lower AAA prevalence in women (1.1%) is balanced by a significantly higher rupture rate (3.1%).[16] Therefore, the authors concluded that screening is indeed cost-effective.[16]

Laura is relieved to hear that the stent is in place, her aneurysm is no longer enlarging, and there are no leaks or complications. She will go back to her home with her husband and continue her active lifestyle. At the age of 70 she jokes that she only has 30 good years left. Having her aorta imaged probably prolonged her life. She was saved because her cardiologist decided it was time to take a minute, think about what was going on despite the USPSTF, and take a look. Isn’t she worth it?