The Skinny on Cachexia…Can it be Treated? 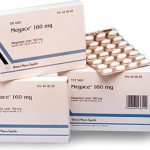 On the wards and in the clinic, the physician is frequently presented with a patient with a decreased appetite and alarming weight loss. The patient is likely frustrated with their own fraility, the family is upset at the poor nutritional state of their loved one, but the healthcare provider should be the most concerned. This clinical presentation without a prior diagnosis is worrisome, and if the patient does have an underlying etiology, this likely represents progression.

Caring for the cachectic patient presents a frustrating and recurring dilemma. Cachexia is defined as ongoing weight loss, often with muscle wasting, associated with a long-standing disease. In cachexia, refeeding often does not induce weight gain. Anorexia, excluding the willful avoidance of eating, usually occurs in conjunction cachexia (1).

The causes of cachexia and anorexia are only now beginning to be elucidated. Research has shown the important role of cytokines causing metabolic abnormalities in chronic illnesses, such as cancer, chronic obstructive pulmonary disease (COPD), HIV-associated wasting syndrome, cardiac disease, and some rheumatologic diseases (1). Cytokines are elevated in pro-inflammatory states and have been found to cause an activation of proteolysis and lipolysis (2, 3). Many tumors are known to produce their own cytokines, which were found to cause a decreased appetite and weight loss in animal models (4). The activity of the various cytokines involved produces a net negative energy balance in the patient suffering from a chronic disease.

There are several other implicated hormonal factors that may induce cachexia. Decreased testosterone levels, seen in the aging and those with disease may lead to cachexia. Testosterone normally inhibits macrophage release of pro-inflammatory cytokines, and low levels of the hormones is associated with lipolysis and anorexia (5, 6). Studies have also found alterations in insulin-like growth factor (IGF)-1, which normally works to increase muscle protein synthesis (4). However, low concentrations are found in malnourished individuals. Elevated glucocorticoid levels are also seen in cachectic patients; these hormones are known to suppress cell transporters involved in amino acid and glucose uptake (6).

The prognostic sign of cachexia is alarming. In cancer patients, weight loss documented prior to initiating chemotherapy predicts a shortened survival than those who had maintained weight (7). In nursing home residents, long-term patients losing 5% or more of his or her body weight have a 10-fold increase in mortality over 6 months compared to those who gain weight over a 1 month period (8). This indicates that if any intervention can be effective to reverse or stop weight loss, the physician should employ them early. Unfortunately however, a meta-analysis found that nutritional supplementation alone does little to decrease mortality or complications (1).

Megestrol acetate (Megace) is the most studied progestational agent, and its efficacy likely stems from its suppression of cytokines or cytokine receptors. Megestrol can improve appetite and induce weight gain in patients with cancer, HIV-associated wasting syndrome, end-stage renal disease on dialysis, and those requiring long-term care. Studies have shown appetite increased in 50-75% of patients, and modest weight gains in 50-70%, varying by disease and study. Typically, single digit kg gains were seen in those who responded to the medication, and cancer patients gained just over 1 kg on average (1). Importantly however, Megestrol has been associated with venous thromboembolism, deep venous thrombosis, hypertension, impotence, edema, and suppression of the pituitary-adrenal axis. In cancer patients, who already have an increased risk of thrombosis, the physician must prescribe judiciously.

Dronabinol (Marinol) and nabilone (Cesamet) are cannabinoids that are often used to treat chemotherapy related nausea and vomiting. Cannabinoids work on central CNS receptors, and have also been found to improve appetite in cancer and AIDS patients. However, this class was found to induce weight gain only in long-term care patients (1). The cannabinoids may induce dependence, but more commonly side effects of tachycardia, dizziness, somnolence, anxiety, paranoia, hallucinations, or confusion cause the medication to be discontinued. In a direct comparison study, appetite improvement was reported in 75% of patients taking megestrol compared to 49% of those receiving dronabinol (9).

Corticosteroids, such as dexamethasone, have been studied and used to treat anorexia and cachexia. The corticosteroid decreases the inflammatory state, and has efficacy with preventing chemotherapy related nausea/vomiting. This therapy is effective at improving appetite in patients with cancer or HIV-associated wasting syndrome. This therapy has been shown to induce weight gain comparable to megestrol, however, the side effects of steroid therapy caused discontinuation more frequently than with megestrol (10). Corticosteroids can potentially cause gastritis, hyperglycemia, immune suppression, and weakness. These side effects are so significant, that in cancer, it is recommended to use only near the end-of-life. However, if treatment is indicated and the patient has a history of DVT, corticosteroid use can be considered as an alternative to megestrol (7).

Another anti-inflammatory, thalidomide, works by suppressing TNF-a. Thalidomide therapy has been proven effective at inducing weight gain in those with HIV-associated wasting, but only one small study showed weight gain in cancer patients (11). Thalidomide use has been associated with fevers, sensory neuropathy, neutropenia, thromboembolism, rash and sedation.

Oxandrolone, an androgen that inhibits IL-1, IL-6, and TNF-a, can produce weight gain in HIV-associated wasting syndrome, but has not yet been proven efficacious in other cachectic states (1). Oxandolone and other androgens may cause hypertension, fluid retention, sexual organ alterations, masculinization, hepatic disease, and dyslipidemia, among other effects.

Cyproheptadine, an anti-histamine, has been shown to help with anorexia in cancer patients, but not with weight gain. Cyproheptadine may cause agranulocytosis or thrombocytopenia, but more commonly dry mouth, dizziness, and fatigue are side effects.

Sadly, reviewing all available therapies shows that even the “best” medication, megestrol, rarely leads to significant weight gain. Furthermore, combination therapy has not been proven to be more effective than a single agent. Of the many potential interventions being assessed, researchers have been studying anti-cytokine and anti-inflammatory agents. Researchers are also focusing on blocking the proteolytic system, while others are looking at inducing protein synthesis. Some trials are ongoing, such as the use of oxandrolone in cancer patients (12). With multiple biological pathways and cellular signals involved in cachexia and anorexia, research will continue and hopefully yield favorable results in the near future. Until better therapies are developed, treating the patient with a poor nutritional state will continue to be a difficult problem.

Anorexia-Cachexia Syndrome, or ACS, affects up to 80% of patients with advanced solid tumor malignancies. Although definitions vary, ACS is typically  defined as a weight loss of  > 5% of a patient’s pre-illness weight over a 2-6month period. ACS causes both physical and psychological distress and is associated with early mortality independent of staging, functional status or tumor histology. ACS can be categorized as primary or secondary. Primary ACS results from a hypermetabolic state caused directly by cancer while secondary ACS results from cancer-related barriers that reduce dietary intake, such as nausea/vomiting, mucositis, intestinal obstruction etc. For primary ACS, therapies have primarily been directed at appetite stimulation with newer therapies targeting the proinflammatory/hypermetabolic state while the role for nutritional support such as TPN is predominantly in secondary ACS.

The above reviewed some of the available drugs to combat ACS as well as some the possible future agents. But drugs are just one part of the treatment of ACS. Nutritional, psychological, and behavioral therapies are important components and should be incorporated into a multidisciplinary approach to this complex medical problem. Physicians, nurses, and dietitians, along with patients and families, can identify specific needs and plan individualized treatment. The first attempt should be to maximize oral intake by allowing the patient flexibility in type, quantity, and timing of meals. Interventions to should also be aimed at minimizing the secondary factors of nausea, vomiting, diarrhea, pain, fatigue, changes in taste, or food preferences that may influence appetite. Encouraging patient and family interactions and providing emotional and educational support may be helpful. For example, when family members are able to provide the patient’s favorite foods, food intake usually improves.

In addition, psychiatric disorders are common among cancer patients. ACS may result in a secondary depression, or depression may be a prime contributor to the anorexia and subsequent weight loss. Evaluations of relaxation, hypnosis, and short-term group psychotherapy have suggested some benefit with regard to anorexia and fatigue

Ultimately, the best way to treat cancer related ACS is to cure the cancer, but unfortunately this remains an elusive goal for most patients with advanced solid tumors. That being said, if cure is not possible, chemotherapy does have an important role in palliation including demonstrated ability to ameliorate ACS.  One example is in the treatment of advanced pancreatic cancer. In this pivotal trial of 1st line chemotherapy for advanced pancreatic cancer the novel endpoint of clinical benefit response (CBR) was used. CBR was defined as improvement in quality of life factors such as amount of pain medication used (decrease of >50% as positive) performance status (improvement of >20points in KPS) and weight gain (of >7%). To be classified as having a positive response, a patient had to have exhibited sustained (4 wks) improvement in at least one of the CBR components, without deterioration in any of the others. The number of patients experiencing a CBR was significantly greater in the group randomized to Gemcitabine (23.8%) vs. control arm (4.8%; p = 0.0022). It was this improvement in CBR that was one of the critical endpoints that led to the FDA “approval” of Gemcitabine and its subsequent establishment as standard of care for metastatic pancreatic cancer.  Better future cancer treatment will also hopefully also continue to lead to improvements in the treatment of cancer related ACS.

One comment on “The Skinny on Cachexia…Can it be Treated?”