Primecuts-This Week in the Journals 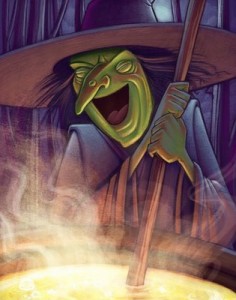 Welcome to a special Halloween edition of Primecuts!

For the past ten years the drug Xigris (human activated protein C or drotrecogin alfa) and its manufacturer have been mired in drama and controversy. Once projected to reach a billion dollars in yearly sales, Xigris has continually disappointed both in the boardroom and in the intensive care unit. The final chapter in this saga appears to have been written this week when, after reviewing the results of a self-sponsored study, the pharmaceutical company Eli Lilly & Co. announced, effective immediately, their plan to withdrawal the drug from the market [1].

In 2001, the Food and Drug Administration’s approval of Xigris was based almost exclusively on the results of the PROWESS study [2]. The PROWESS study was a phase III trial which showed that, despite a increase in bleeding risk, patients with severe sepsis who were treated with Xigris had a significant mortality benefit at 28 days when compared to patients treated with placebo. The mechanism of action was believed to be attributable to the drug’s potent anticoagulant and anti-inflammatory effects [3], and the authors proposed an absolute number needed to treat of sixteen patients to prevent one death. The FDA’s decision to approve the drug was met with great enthusiasm given the relative absence of interventional resources available in the treatment of patients with severe sepsis.

All was not positive, however, as critics quickly raised questions regarding the utility of the drug and the quality of the PROWESS study itself. Subsequent trials found no mortality benefit [4] in patients with severe sepsis and single-organ failure or an APACHE II score of less than 25, and the bleeding risk was found likely to be higher than initially estimated [5]. In 2004, the Surviving Sepsis Campaign [6], a board consisting primarily of critical care physicians from the United States and Europe released a series of guidelines recommending the use of Xigris in patients with severe sepsis at high risk for death and no absolute contraindications related to bleeding risks. The funding for this campaign came almost entirely from Eli Lilly & Co. – a fact that did not go unnoticed at the time [7].  Four years later, revised guidelines downgraded the “recommendation” to use Xigris in the setting of septic shock to a “suggestion [8].”

With these findings in mind, a European regulatory panel requested that Eli Lilly & Co. conduct a randomized, placebo-controlled trial in patients with septic shock to determine whether the benefit of Xigris in severely ill patients could be reproduced as a primary outcome. This trial, known as the PROWESS-SHOCK study [9], had a primary endpoint of all-cause mortality in patients with septic shock. With 1,696 patients enrolled, the 28-day mortality was 26.4% and 24.2% in the Xigris and placebo arms, respectively. While the results of this trial have not been formally published, these results were not statistically significant and have undermined the assertion that benefits from Xigris were observed most profoundly in patients with APACHE II scores greater than 25 and evidence of damage in more than one organ system. A secondary endpoint, the reduction of mortality in patients with severe protein C deficiencies, was also not statistically significant.

When asked to comment on these results [10], Dr. E. Wesley Ely, a critical care physician at Vanderbilt University School of Medicine and original author and coordinator of the PROWESS study, said, “Today, we do a lot better at caring for our sepsis patients than we used to, and as a result they are surviving much more often.” This argument may carry some weight given that the placebo arm of the PROWESS study had a 28-day mortality of 30.8% compared to 24.2% observed in the PROWESS-SHOCK study. Additionally, given their respective entry criteria, it is likely that patients in the PROWESS study were not as sick as those in the PROWESS-SHOCK study, a point that may serve to strengthen Dr. Ely’s claim. Despite these variables, he conceded the minimal impact of the drug saying, “Only the primary investigators have looked at these data in detail, and the message they are sending us today is that no matter how you slice it, this study did not see benefit from this drug among those enrolled into this trial.” While this story will continue to spark debate, it appears that the final nail has been driven into the coffin of Xigris.

For those of us who are afraid of the dark, there is new reason to take courage during the witching hours. Just, as Bob Dylan noted, “the nighttime is the right time to be with the one you love,” it may also be the right time to take your blood pressure medications [11].  There has been much speculation and recent publications suggesting that bedtime dosing may be the optimal time to reduce mean blood pressure [12] measurements and may even have an effect on long-term outcomes. In a study published this week in the Journal of the American Society of Nephrology [13], 661 patients with chronic kidney disease were randomized to take all of their anti-hypertensive medications upon awakening or to take at least one medication prior to bedtime.

Over a median period of 5.4 years, the primary endpoint of total cardiovascular morbidity and mortality was significantly decreased in the bedtime dosing group with event rates of 57.9 and 19.8 events per 1000 patient-years, respectively (P<0.001). When secondary endpoints were evaluated, significant decreases were also seen in the rate of myocardial infarction, heart failure, chest pain and need for revascularization. There was also a trend towards a decrease (p = 0.056) in total death in the treatment group. In the bedtime dosing group, the most significant effect on decreasing blood pressure was, as might be expected, at night. Lastly, the authors found that bedtime dosing appeared to improve renal function as measured by albuminuria and by changes in glomerular filtration rate over time.

The authors noted some of the weaknesses of the study which, given the relatively small sample size, includes the question as to whether any potential benefit is derived from absolute asleep blood pressure control or if there is an additional mechanism solely attributable to drug class. This question could only be addressed in a larger trial that focused exclusively on one drug class. Overall, these results are exciting as they suggest a simple and cheap intervention to improving cardiovascular outcomes and support the notion that well-controlled blood pressure control during sleep is underappreciated.

Whether the old adage “you can’t judge a book by its cover” can be broadened to include journal publications and their titles was put to the test this week in the Archives of Internal Medicine[14]. Intended not only to catch the eye but also to discourage any misinterpretation of the authors’ methodical intent, the study “Likelihood That a Woman With Screen-Detected Breast Cancer Has Had Her ‘Life Saved’ by That Screening” evaluated the impact of mammograms in the lives of women subsequently diagnosed with breast cancer.

In this study, the authors used national statistical software and results from prior studies to generate ten and twenty-year risks of a woman being diagnosed with and dying of breast cancer, respectively. They estimated that, in women who are found to have breast cancer diagnosed by screening mammography, the probability that they would have avoided death was between 3% and 13% – a range that differed depending on the presumed effectiveness of mammograms in preventing breast cancer death. These results depended heavily on survey data from the Centers for Disease Control and on assumptions regarding disease burden and general paradigms in breast cancer management and treatment, weakness the authors recognized. The authors concluded, however, that, “a woman with screen-detected cancer is considerably more likely not to have benefited from screening.”

Following its publication, epidemiologist and biostatistician Dr. Colin Begg of Memorial Sloan-Kettering Cancer Center, agreed [15] that  “Of all the women who have a screening test who have breast cancer detected, and eventually survive the cancer, the vast majority would have survived anyway…It only saved the lives of a very small fraction of them.” He did, however, say that he continued to support mammograms as a general screening tool in the detection of breast cancer. Regardless, there is legitimate concern that explicit, narrative messages released by public advocacy groups may generate confusion among the general population. The authors of an accompanying commentary [16] suggest that “providers should ensure that the patient does not have an overly inflated perception of the benefits of screening, confirm that they are aware of the potential risks of overdiagnosis, and facilitate their individualized decision about whether and how often to be screened.” Over the past few years, the subject of breast cancer screening has been continuously highlighted in the popular press and this study has surely added another layer of complexity to the discussion.

[14] Welch and Frankel. Likelihood That a Woman With Screen-Detected Breast Cancer Has Had Her “Life Saved” by That Screening. Arch Intern Med (2011) pp. Available from: http://archinte.ama-assn.org/cgi/content/full/archinternmed.2011.476

[16] Wilt and Partin. Screening: Comment on “Likelihood That a Woman With Screen-Detected Breast Cancer Has Had Her “Life Saved” by That Screening”. Arch Intern Med (2011) pp. Available from: http://archinte.ama-assn.org/cgi/content/full/archinternmed.2011.509