A New Era of Therapy for Hepatitis C 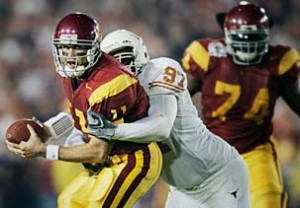 Hepatitis C virus (HCV) is a major public health issue, representing the leading cause of chronic liver disease, death from liver disease, and a principal indication for liver transplantation in the US. [1] It is estimated that 3-4 million people in the world are infected with HCV each year. Globally, 130-170 million people are chronically infected with HCV and more than 350,000 people die from HCV-related liver disease each year. [2] Although the natural history of HCV infection is highly variable, cirrhosis develops in 15% to 20% of chronically infected patients. These patients may then progress to develop the complications of portal hypertension. The risk of hepatocellular carcinoma is up to 3% per year among patients with HCV cirrhosis. [4] Thus, for patients with clinically significant hepatic fibrosis, there is a general agreement that antiviral therapy is indicated to prevent progression to cirrhosis.

Treatment guidelines for HCV published in 2009 by the American Association for the Study of Liver Diseases (AASLD) recommend treatment of eligible candidates with pegylated interferon (PEG-IFN) alpha and ribavirin [1]. However, since then, the development of two effective inhibitors of the HCV NS3/4A protease, boceprevir and telaprevir, represent a major advance in HCV treatment and mark a new era of HCV therapeutics.

The goal of therapy is to eradicate HCV RNA, which is predicted by the achievement of a sustained virologic response (SVR), as defined by the absence of HCV RNA by polymerase chain reaction 24 weeks following discontinuation of therapy. This is generally regarded as a “virological cure,” and has been associated with a 99 percent chance of being HCV RNA negative during long-term follow-up. [5] For the past decade, treatment with PEG-IFN and ribavirin has shown to result in SVR rates of 40-50% [6] among patients with HCV genotype 1, the most common genotype found in the U.S. and much of Europe [3] Treatment regimens of at least 48 weeks are typically required for these patients, and the treatment course is often limited by adverse effects of the drugs.

Over the past decade, increased understanding of the HCV viral life cycle has led to the development of direct-acting antivirals (DAAs), with the goal of improving efficacy with fewer toxic effects as compared with interferon-based regimens. Much like current HIV antiretroviral therapy, therapeutics are in development to target individual HCV enzymes which are essential for HCV replication, including polymerase inhibitors, protease inhibitors, and cyclophilin inhibitors. [7-12] The protease inhibitors have become an exciting add-on therapy to PEG-IFN plus ribavirin, with the recent FDA approval of telaprevir (Incivek) on May 23, 2011 and boceprevir (Victrelis) on May 13, 2011.

While the improved rates of SVR with telaprevir and boceprevir are impressive, they do not come without a cost. Anemia with boceprevir is common, with more than 40% of patients requiring erythropoietin administration for up to approximately 150 days in SPRINT-2 study and HCV RESPOND-2. In HCV RESPOND-2, more than 8% of patients in the fixed-duration boceprevir group had a reduction in hemoglobin level less than 8.0 g per deciliter, and 9% required blood transfusions. [11-12] Telaprevir is more associated with cutaneous reactions including rash and pruritis, which may occur in up to half of the patients. The rash is usually mild to moderate and reversible after discontinuation. In ADVANCE, only 5-7% of patients stopped telaprevir because of rash, however one case of Stevens-Johnson syndrome was documented. [9] Rapid emergence of drug resistance is also a consideration in previous non-responder patients, subjects not fully adherent to therapy, or those who cannot tolerate optimal doses of therapy. [13] Further, as should be obvious from the studies cited, telaprevir and boceprevir regimens still require PEG-IFN and ribavirin, and thus, the new regimens, while permitting greater SVR rates, are also very expensive.

While the 2009 AASLD treatment guidelines for HCV in the United States were published before the publication of data from these randomized trials, newer European guidelines have taken this newer data into account. [13] There is still a large unmet need that includes patients unable or unwilling to receive IFN or ribavirin and previous non-responders. The next step in research of DAA drugs is to develop an IFN-free oral combination treatment regimen. A phase I study called INFORM-1, combining a protease inhibitor and a nucleoside polymerase inhibitor showed a significant decline in HCV viral load in patients who were both treatment naive and had previous treatment failures. Although it did not include patients with cirrhosis, the study did establish proof of concept that will permit further evaluation of combination oral therapies for HCV. [14] Several other polymerase inhibitors are in phase II trials [15]. The addition of protease inhibitors to PEG-IFN plus ribavirin has put us one step closer to more effective HCV treatments, however further research needs to be done with other DAA therapies and combinations to develop a tolerable, short-duration, efficacious, and IFN-free oral combination therapy.