What is An Accountable Care Organization (ACO)? 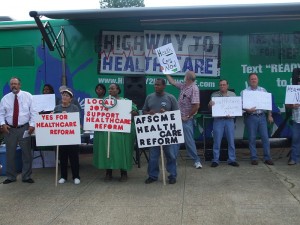 Last March, the Department of Health and Human Services released a set of proposed regulations that would govern Accountable Care Organizations (ACOs), bringing ACOs back to the forefront of health policy news and re-opening the debate about healthcare reform [1]. More recently, at the beginning of November, the Centers for Medicare and Medicaid Services (CMS) issued a final set of regulations that will govern these organizations [2]. As we will likely hear increasingly more about ACOs in the weeks and months to come, Clinical Correlations would like to provide a basic primer on ACOs for readers to better understand what they are and what they may mean for the future.

How is healthcare delivered now?

The creation of ACOs represents a dramatic departure from the currently fragmented healthcare delivery model seen in the U.S. today. As a result of the dissatisfaction of the largely unsuccessful managed care era dominated by health maintenance organizations (HMOs) in the 1990s, government health policy and the health insurance industry moved towards a less restrictive, market-driven, fee-for-service model of healthcare delivery. Thus, over the last decade, most patients in the U.S. have received healthcare via the fee-for-service model in which there is delivery of services by individual providers. As the name suggests, the fee-for-service model compensates providers based on the specific services they deliver to patients. Notably, with this model, there is little to no financial incentive for coordinated patient care among providers. Critics of the current system maintain that the fee-for-service model encourages the delivery of a greater quantity of health services, but does not necessarily promote better long-term health outcomes for patients. Additionally, health policy researchers believe that the fee-for-service model emphasizes acute care as opposed to prevention or primary care [3]. Aiming to address some of these shortcomings, the establishment of ACOs may signify a new era in how healthcare is delivered within the U.S.

What is an ACO?

Accountable Care Organizations (ACOs) are provider-led groups that were established by the Affordable Care Act (ACA) in March of 2010. The law defines ACOs as “groups of providers of services and suppliers meeting criteria specified by the Secretary [of Health and Human Services who] work together to manage and coordinate care for Medicare fee-for-service beneficiaries.” Operating under this organizational structure, the law stipulates that these groups of providers “[who] meet quality performance standards established by the Secretary are eligible to receive payments for shared savings” [4]. More simply put, ACOs are envisioned to be organizations responsible for the quality, cost, and overall care of Medicare beneficiaries who are enrolled in the program.

The ACO model builds upon previous Medicare shared-savings initiatives, most notably the Physician Group Practice Demonstration started in 2005 [5]. If successfully implemented, ACOs are thought to reduce healthcare expenditures while simultaneously improving quality of care. To achieve this ambitious aim, ACOs pool together providers (both physicians and hospitals) who accept internal payment arrangements that facilitate the delivery of coordinated, efficient, high-quality care. Any savings accrued by ACOs can be distributed among providers or alternatively invested back into the organization to further improve quality of care [6].

How will an ACO be structured?

As the Affordable Care Act only delineates the basic structure of ACOs, a variety of provider configurations are possible. These include large integrated delivery systems, physician-hospital organizations, multi-specialty practice groups (with or without hospital ownership), independent practice associations, and virtual networks of physician practices. In any of these models, different payment models (including partial or full capitation as well as fee-for-service) are possible [5].

How do the newly finalized rules change ACOs?

Earlier this November, CMS issued a “Final Rule” for the Medicare Shared Savings Program that will implement ACOs in the healthcare landscape. This new set of rules incorporates feedback from the community on the initial proposed guidelines set forth in March. While much of the original structure remains the same, several important changes have been made. Notably, the program has reduced the number of mandated quality measures for ACOs and has also simplified the process of patient assignment within ACOs. On the financial side, the new rules establish first dollar shared savings for all ACOs and setup a “savings only track” for organizations that wish to participate but are not yet able to take on the full burden of financial risk that ACOs may entail. Importantly, as these key changes were based on over 1200 comments made to CMS from March to November, the “Final Rule” will potentially entice a wider pool of possible organizations to participate [2].

Who will lead ACOs?

For the time being, it is unclear whether physicians or hospitals will dominate the ACO landscape. In a physician-centered ACO model, physicians would contract with hospitals and dictate coordination of services and care for their defined population of patients. Conversely, a hospital-centered ACO model would employ physicians to administer services. Either way, it is predicted that those who lead ACOs will capture a greater share of the cost savings under the new law [7].

Is an ACO the same as a patient-centered medical home?

While both ACOs and patient-centered medical homes (PCMHs) have figured prominently in the national debate over healthcare reform, the two terms are not synonymous. Instead, they represent two different but complementary concepts for healthcare reform. PCMHs are rooted in primary care. Advocates of PCMHs maintain that first-contact care that is “continuous, comprehensive, and coordinated across the care continuum” will both reduce costs and improve health outcomes. In addition, PCMHs call for utilization of clinical practice innovations, such as electronic information systems and population-based management of chronic illnesses, as well as primary care reimbursement reform. Although PCMHs address some of the shortcomings of the current healthcare delivery system, PCMHs do little to motivate providers to collaborate or integrate care across the care continuum. In contrast, ACOs focus on the alignment of incentives for providers in order to accomplish many of the same healthcare goals [8]. Importantly, PCMHs may exist within the structure of an ACO. Moreover, many health policy researchers contend that PCMHs will be best way to deliver primary care to patients in the ACO model [9].

Despite the potential benefits of implementing ACOs in academic medical centers (both in terms of quality of care and cost savings), health researchers expect that such institutions will have significant difficulty adopting the model. Certain obstacles unique to academic centers make ACOs unlikely to emerge in these settings. In particular, training medical students, residents, and fellows is an inefficient and expensive process the may undermine the cost-saving goals of ACOs. Moreover, the extensive collaboration necessary for ACOs may be difficult to achieve in large academic centers with numerous department leaders. Lastly, the priorities of academic centers, especially those focused on research, may not align with the ACO emphasis on cost-effective care [10].

Why should we care?

For the time being, ACOs only exist as demonstration projects, however, the program will become integrated into the Medicare system as of January 1, 2012 [4]. As established in the new guidelines, the first ACO contracts will begin April 1, 2012 [2]. Although much remains uncertain, as part of Medicare, ACOs have the potential to drastically alter incentives in the healthcare delivery system and subsequently change the way physicians provide care for their patients.

The Affordable Care Act (ACA) permits the United States to do something long called for but rarely done. Over the next several years, we will run hundreds of experiments to test innovative models of delivering and paying for health care. Success of these innovations will be tested against the Triple Aim of improved population health, improved experience of care, and reduced per capita costs of care.[i]  A novel aspect of the ACA is that innovations will be tested as pilots rather than as demonstration projects. Demonstrations would require new legislation by Congress to scale up any successful models, whereas successful pilots can be brought to national scale at the discretion of the Secretary of the Department of Health and Human Services.

The provision with the largest potential impact gives the Center for Medicare and Medicaid Services (CMS) the authority to select health care systems to become Accountable Care Organizations (ACOs), as very well described in the accompanying article by Dr. Kan. The Congressional Budget Office (CBO) estimated that about 150 ACOs would be up and running by 2013 when it scored this provision in the ACA (projecting the cost versus savings of a new provision compared to the ten-year federal budget baseline under current law without the ACA). When CMS issued its Notice of Proposed Rule Making (NPRM) in March 2011, it became apparent that we might only see a couple of dozen applicants due to the strict criteria for eligibility, quality metrics, and profit sharing. In its Final Rule, CMS responded to critics and provided more flexibility, such that we might reach the national scale envisioned in the ACA.

Nevertheless, academic medical centers (AMCs) will face particular challenges in applying for ACO status this winter. AMC’s teaching and research missions often make them less efficient at providing medical care. To succeed as an ACO, organizations need three core attributes. First, they must have capacity to provide a full-thickness continuum of care with strong alliances among primary care (with at least 5,000 enrolled patients), hospital care, and post-acute care sectors. Second, they need a mature electronic health record (EHR) system with interoperability across the continuum of ACO partners. And third, they need a strong care management infrastructure to meet the quality improvement and data reporting requirements of ACOs that will enable shared savings.

A small number (20-30) of so-called vanguard organizations will qualify as Pioneer ACOs, who will enjoy the potential for increased shared savings, and will be beacons for the ACO program. These are likely to include most of the large, integrated health care systems that participated in the CMS Demonstration Project that ended last year.

New York University Langone Medical Center (NYULMC) is exploring strategies for how to best leverage this opportunity. It is unlikely that NYULMC can meet the three core attributes described above in time for this round of ACO applications. However, NYULMC is looking into other innovations such as a pilot bundled payment model that would reimburse providers for an entire episode of care, from 3 days prior to a hospitalization to up to 90 days post-discharge.

Over the next few years, the ACA will incentivize these and many other health care system innovations, providing the scaffolding for testing and transforming our delivery and payment systems toward achieving the Triple Aim.