Medical Etymology: The Origins of Our Language 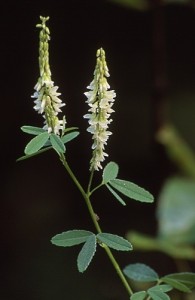 Welcome. We are proud to present the first installment of a new section dedicated to exploring the roots of common medical terminology. We hope this will give you a chance to incorporate a historical perspective into your daily practice and to reflect on the rich and often unexpected stories lying at the heart of our profession. This is our ode to the days of the giants…..

It was the winter of 1933 and something was amiss on the farm of Ed Carlson. A dedicated cattle farmer, Mr. Carlson was now faced with a plague of proportions that sought to destroy his livelihood. His cows were dying from a mysterious hemorrhagic illness that was not unique to his farm, but had been appearing in isolated clusters for years across the Great Plains. Not a man taken to idle his time away and pray for a higher power to save his beloved steer, he took it upon himself to find the answer. In a blizzard, he drove nearly 200 miles at the advice of his local veterinarian, and ended up at the door of the University of Wisconsin Agricultural Experiment Station. As good fortune has a tendency to show itself at exactly the moment when it is needed, he made the acquaintance of Dr. Karl Link and his faithful student Eugene Schoeffel . These two well respected agricultural minds were hard at work on a vexing problem, how to make Sweet Clover, a commonly used feed staple, less bitter so cows would happily eat it. They and others had known for some time that the ingredient responsible for the acrid flavor so unpalatable to the bovine sort was indeed the benzopyrone named coumarin.

The farmer Carlson did not come empty handed. In fact, he brought with him all the necessary pieces to the puzzle. He had the corpse of one of his prize heifers that had succumbed to spontaneous hemorrhage, a milk can with unclotted blood, and a bushel of rancid sweet clover that represented the only source of nourishment for his unlucky herd. Steadfast in their determination to solve the mystery of the “sweet clover disease”, a band of chemists led by Link set forth on a six year journey that culminated in the isolation of Dicumarol, the formaldehyde crosslinked by-product of a reaction catalyzed by Aspergillus sp., from the spoiled sweet clover. From here, a long lineage of coumarins with potent anticoagulant potential was born. Several years later, inspired while convalescing from tuberculosis, Dr. Link proposed a tool in the long fight against rodent invasion. Soon after, derivative number 42, supported by the Wisconsin Alumni Research Foundation, was being used to deter furry invaders worldwide. Warfarin, named as a hybrid of the aforementioned W.A.R.F and its coumarIN base, was now on its way to becoming a foundation of modern pharmacology, feared by mice, beloved by physicians.

Segments of this piece were inspired by the writings of Dr. Karl Link.