Use it or Lose it- Do cognitive leisure activities protect against the development of Alzheimer’s? 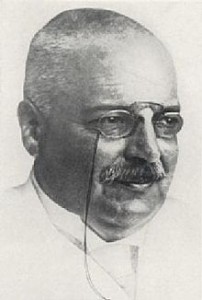 As the world population ages, enormous resources will be required to adequately care for persons suffering from Alzheimer’s disease. The disease is the fifth leading cause of death for adults aged 65 years and older, and is estimated to affect 1 in 8 persons in this age group.[1,2] Despite recent advances, the cause of Alzheimer’s disease is not well understood. The FDA-approved medications in common use—donepezil (Aricept), galantamine (Razadyne), rivastigmine (Exelon), and memantine (Namenda)–help to manage symptoms; however there are no treatments available shown to stop or reverse the progression of the disease.

In addition to medical therapy, researchers have begun to explore the utility of behavioral interventions in preventing and slowing the progression of dementia. Emerging evidence from observational studies suggest that participating in cognitive leisure activities may have a protective effect on the development of Alzheimer’s disease and other dementias.[3] Activities considered to require mental effort include reading books or newspapers, writing for pleasure, doing crossword puzzles, playing board games, and playing musical instruments. Studies suggest that increased participation in such activities in middle and late life is associated with slower rates of cognitive decline.[3]

Although the evidence is convincing, a causal relationship between participation in cognitive leisure activities and dementia has not been firmly established. A systematic review by Wilson and colleagues from 2010 included 13 observational studies that were grouped by the stage of adult life when cognitive interventions were taken. Results of this analysis showed that 5 out of 6 middle-adulthood and 6 out of 7 late-life interventions were significantly associated with a reduced risk of developing Alzheimer’s and other dementias. However, it is possible that reduced participation in leisure activities is itself an early maker of dementia that precedes decline on cognitive tests.[4]

In attempt to eliminate this important confounding factor, a study from the New England Journal of Medicine recruited 469 subjects over the age of 75 years who did not have dementia at baseline and evaluated the risk of dementia according to the baseline level of participation in leisure activities.[5] Advantages of this study include its prospective design and long (median 5.1 years) period of observation. The investigators found that participation in leisure activities conferred a protective effect that persisted after excluding from the analysis persons with possible early symptoms of dementia and adjusting for age, sex, educational level, and chronic medical illnesses. The protective effects were restricted to those activities requiring mental effort; activities involving mere physical activity did not show a significant effect. Nevertheless, controlled trials are still needed to establish causality in the observed association between cognitive stimulation and dementia.

If there is a causal role, two competing theories have been proposed to offer an explanation. The first is that is that of the “cognitive reserve.”[6] This theory suggests that individuals with higher educational or occupational attainment may compensate for early pathological changes of dementia by utilizing cognitive strategies or brain networks associated with increased reserve.[6] A cognitive reserve improved through cognitive enrichment would therefore delay the onset of symptoms without altering the biologic progression of dementia.[6,7] An alternative hypothesis is that participation in cognitive activities slows the pathological processes of the disease during the preclinical phase of dementia.[5] This view emphasizes the remarkable plasticity of the brain, and suggests that cognitive stimulation may play a role in strengthening existing synaptic connections as well as in generating new ones.[8,9] It has also been theorized that cognitive activities may stimulate neurogenesis, even during middle- or late-adult life.[7] The role of such biologic mechanisms underlying cognitive stimulation would have major implications for behavioral intervention in preventing dementia.

A few studies have employed neuroimaging techniques to unravel the brain mechanisms involved in cognitive stimulation interventions. A study by Belleville and colleagues was the first to use functional magnetic resonance imaging to measure the effect of memory training on brain activation in adults with mild cognitive impairment.[8] The aim of the study was to assess whether memory training can reverse brain changes seen in mild cognitive impairment, a precursor state to dementia. The patients participated in a memory-training program where they learned to use memory devices like mnemonics and word lists. Comparison of imaging before and after training revealed an increase in activation and new recruitment of brain regions typically implicated in memory. Furthermore, the majority of areas recruited after training in subjects with mild cognitive impairment were normal prior to training. These results indicate that the older brain is highly plastic and remains so even during the early stages of neurodegenerative disease.

The relative contribution of factors like effortful mental activity to the pathogenesis of dementia remains incompletely understood. A growing body of literature suggests that persistent engagement by the elderly in effortful mental activities may promote plastic changes in the brain that alter the clinical progression of dementia. However, further investigation is needed establish a causal relationship between participation in cognitive leisure activities and a slowed progression of disease. For the time being, elderly patients should nonetheless be encouraged to challenge themselves through crossword puzzles, card games, and stimulating social interactions.

In April 2011 the National Institute of Aging and the Alzheimer’s Association workgroup published new criteria for Alzheimer’s diagnosis, the major difference being the recognition that clinical symptomatology may significantly lag behind pathological changes.

–The preclinical stage, for which the guidelines only apply in research settings.

–The mild cognitive impairment (MCI) stage, marked by memory problems severe enough to be noticed and measured, but not compromising a person’s independence. People with MCI may or may not progress to Alzheimer’s dementia.

–Alzheimer’s dementia. These criteria apply to the final stage of the disease.

As those of us who work with the elderly have realized, Alzheimer’s disease is not only catastrophic for the patient, but also has tremendous impacts on the family. Preventive strategies must start in the preclinical stage, well before the onset of dementia. While we wait for the availability of disease-modifying therapy and the development of risk stratification tools, it seems prudent to continue to recommend cognitively engaging activities to all.[2]

Dr. Courtney Cunningham is a student at NYU School of Medicine