RTS,S/AS01: Is This The Beginning Of The End Of Malaria? 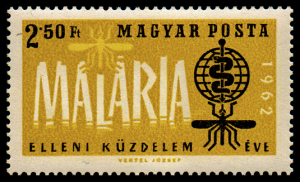 In Africa, there lurks a stealthy and powerful beast. Is it a lion, a black mamba, or a crocodile? No, it is the Anopheles mosquito. Although less than the size of a paperclip, these insects inflict an incapacitating blow, inoculating their larger human prey with Plasmodium spp., the parasites responsible for malaria. According to the World Health Organization, the worldwide incidence of malaria infection in 2009 was 225 million cases with a death toll of 781,000[1] Most of these fatalities were African children. [2] In fact, it is estimated that a child dies every 45 seconds from malaria in Africa.([1] Malaria in humans is caused by one of the 5 species of Plasmodium: P falciparum, P vivax, P malariae, P knowlesi, and P ovale. [2]  Of these 5, P falciparum and P vivax are the most common, with P falciparum responsible for the most severe disease. Clinical manifestations of malaria occur during the erythrocytic phase of the parasitic life cycle and are nonspecific. Infected individuals experience cyclic fevers, chills, diaphoresis, headache, cough, nausea, vomiting, abdominal pain, diarrhea, arthralgias, myalgias, and fatigue. [2] Physical findings typically include anemia and may include splenomegaly and mild jaundice. In some instances, the infection moves to the central nervous system, leading to the rapidly fatal cerebral malaria characterized by impaired consciousness, delirium, seizures, and coma.

Current measures aimed at the control of malaria consist of prompt and effective treatment of infected individuals with a combination of antimalarial agents like chloroquine and artemisinin-based compounds, employment of insecticide-treated bed nets, and indoor spraying of insecticide.[2,3] Organizations such as the Roll Back Malaria Partnership; Global Fund for TB, HIV, and Malaria; and Millenium Development Goals, have aided in the development and coordination of these efforts. In fact, the incidence of malaria has declined significantly, with eradication in 29 countries.[1,4,5] Control measures, however, have not been sufficient to completely quell the infection. The fall in infection rate is slowed by increased resistance of the parasite to antimalarial therapy and insecticides, as well as incorrect usage of medication.[6-8] Vector eradication is also a problem, due to the tropical environments where the Anopheles mosquito thrives. Locations like Sub-Saharan Africa are stable zones for transmission due to climate and other less well understood ecological factors that confer a longer lifespan on the mosquito, allowing for increased cycles of reproduction and expansion of both the mosquito and the parasite. In these locations, it is calculated that human exposure may be as high as 1000 mosquito bites per year.[9,10]. Even if the use of insecticide sprays or treated bed nets covered 100% of the people residing in these areas, the exposure numbers would fail to drop below that needed for local elimination.[11] Further complicating the picture is the limited access to both diagnosis and treatment as a result of cost and civil unrest in these locations.[12] Thus, other means of eradication are necessary.

The ultimate hope at prevention is an effective vaccine, which until now has proven elusive. However, newly published results from a phase 3 trial show promise for the vaccine RTS,S/AS01, a product developed by the public-private partnership between GlaxoSmithKline and the Program for Appropriate Technology in Health (PATH) Malaria Vaccine Initiative, supported by the Bill and Melinda Gates Foundation.(13) The recombinant subunit vaccine consists of the hepatitis B surface antigen linked to epitopes derived from the circumsporozoite surface protein of the P falciparum sporozoite. Targeting the sporozoite phase of the parasite lifecycle is beneficial since it attacks the parasite as it enters the host following the Anopheles bite.[2] In order to eradicate the parasite, the host must mount a robust immune response. In initial studies, the vaccine was shown to stimulate a strong antibody and Th1 cell-mediated response.[14-16] Aiding in the immunogenicity of this vaccine is the polymeric nature of the RTS,S particles and inclusion of the proprietary adjuvant AS01. Subsequent investigations suggested that it was safe and well tolerated as well.[17,18]

Although the phase 3 trial is expected to conclude in 2014, the RTS,S Clinical Trials Partnership published an interim report in the November 17th issue of the New England Journal of Medicine. [13] The target population of this trial is young children, as the vaccine can be easily given with other childhood immunizations. Moreover, this population comprises the largest percentage of malaria-associated mortalities worldwide. [2] The multicenter phase 3 trial enrolled 15,460 children from 11 centers in 7 African countries and separated the participants into 2 age categories: 6-12 weeks and 5-17 months. Results from the first 6000 children in the older group as well as the first 250 cases of severe malaria in the combined groups were presented. The clinical endpoint was evaluation of malaria during the 12 months following the third dose of the vaccine. The vaccine provided 55% protection against all malarial episodes, whereas 35% protection was found for severe malaria. [13] Although the results for severe malaria were lower than expected based on extended phase 2 trials, the protection elicited for uncomplicated malaria was higher. (16,18,19)

The protective efficacy of the vaccine is impressive, but an important question remains to be answered. How long does the protective immunity last? Unlike the smallpox or hepatitis B vaccines which provide natural immunity, it is unclear if long-term immunity can be afforded by RTS,S/AS01 or if repeated boosters are necessary due to waning immunity. The investigators suggest that an answer to this question will be revealed at the conclusion of the trial based on the evaluation of an 18-month booster dose. Nonetheless, follow-up over a longer period of time will have to be done for a complete answer. As with most other vaccines, the protection comes at a price for some of those vaccinated. Most vaccines carry the risk of local injection site tenderness and redness. Others are more serious, potentially triggering anaphylaxis and seizures. RTS,S/AS01 is no exception, as the preliminary data suggest an increased risk of meningitis. However, it must be noted that these events may represent the increased reactogenicity of the vaccine when compared to its control vaccine. On the other hand, the increase in meningitis may be a chance finding. A more definitive answer awaits the conclusion of the study.

Another potential pitfall is the cost. Cost-effectiveness is key, since the highest burden of the infection resides in the poorest nations, with over 90% of worldwide malaria deaths occurring in Africa.[1]  As mentioned previously, poor access to the treatments for malaria is one factor limiting its decline.[1] The same may hold true for the vaccine. Additionally, there is the pitfall associated with the nature of the parasite itself. Even if one sporozoite survives immune attack, it may result in infection, since the host has not been primed to detect the other phases of the lifecycle. One sporozoite has the ability to multiply rapidly, producing tens of thousands of merozoites, which within 48 hours multiply tenfold.[2] Thus, a fully sterile protection is essential to prevent infection, a goal that is not possible at this time. Although not the silver bullet that the community had hoped for, RTS,S/AS01 may be combined with the other established preventive measures against malaria to reduce the threat this age-old pathogen poses. Even more importantly, its success stresses the importance of the global community and the effectiveness of collaboration.