In Sickness and In Health 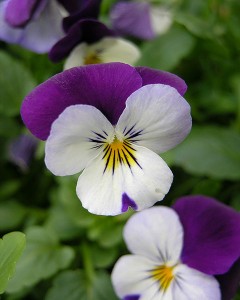 ML is from Fu Zhou, China. She doesn’t speak much English and works in her family’s clothing store as a sales girl. ML is only one year older than I am. When ML was first diagnosed with lupus, about when I started my first year of college, she spent two months in the ICU with renal failure. ML had most of her bowel resected after developing mesenteric vasculitis. With a combination of lupus cerebritis, high dose steroids, and a family history of schizophrenia, ML narrowly escaped death during her second ICU stay when a nurse rushed in just in time to prevent her from jumping out of the window. By the time I started medical school three years ago, ML’s lupus was under control on a cocktail of drugs and her schizophrenia had been suppressed by risperidone and aripiprazole. ML was back to living a normal life.

Last year, ML’s family decided it was time for her to get married. They had a husband lined up for her—maybe they had been dating, maybe her family spoke to his family to arrange it without them ever meeting. Her parents came to her doctors and asked them not to divulge her medical history to her future husband’s family—disease, especially mental illness, is taboo in China; his side would never approve if they knew. They told us they would tell the in-laws after the wedding, after they were established. ML didn’t have a communicable disease and she was in no danger to herself or others. Her patient information was kept completely confidential.

When I met ML in my examination room, she seemed like a normal girl I would meet on the streets of Flushing. She was dressed in the latest fashions of Chinese Americans, slightly squirming in her chair, a Coach bag in her lap. “My husband wants a baby,” she tells me, and even though she’d been slowly stopping her teratogenic medications in preparation, she had not been successful yet. Her cousin was also having trouble getting pregnant and went to an herbalist. The herbal concoction helped her cousin get pregnant, so ML went as well. She’d taken ten days of this herbal brew and now she was itching all over. “Your husband wants to have a baby?” I ask her in surprise. “He doesn’t know about my disease,” she tells me, “sometimes I wonder, what if I have a baby and I die in the process?” I didn’t know what to tell her. I could only ask her what her husband thought of her scars from previous surgeries. “I lied to him,” she said, “I told him I had my appendix removed and he never asked again.” I was speechless again and could only stop being incredulous long enough to tell her it was incredibly dangerous for her to get pregnant, and dying was a real possibility. She told me her dad tells her all time: “how can you take care of a baby if you can’t guarantee your own life?” but that hasn’t discouraged her; her husband wants a child and it’s her duty as a Chinese bride to give him a son. We told her to stop using the herbal brews and gave her Claritin. She was also concerned about some ecchymoses on her arms and legs: three in total, one big, two small. She told us they just popped up. My attending told me that her platelets were in the 70,000s, normal for her. I followed her to rheumatology clinic and her rheumatologist also thought the bruises were not a problem. She left on the same medication regimen with orders not to take any more herbals or unknown medications. “Return to clinic in one month.”

I saw ML in clinic the next week. “Why are you back so soon?” “Look!” she screams at me as she opens her mouth. Her mucous membranes were black: ecchymoses covered both sides of her oral cavity. “I couldn’t sleep last night because I was bleeding all night!” Her arms and legs were covered with ecchymoses and she demanded to know why we didn’t do anything last time. “It wasn’t this bad last time,” we told her. My attending still wasn’t worried. Her platelets were 70,000 last time, 60,000 the time before, 80,000 before that. She fluctuates, it’s what she does. We drew a CBC and told her to be careful and go home. She was still trying to get pregnant; we didn’t adjust her meds. The next day, my attending was frantic. ML’s platelets came back and they were 6,000. Stopping her medications had allowed a lupus flare and she was in dire need of steroids.

We called her, demanded that she come back to clinic, and told her she was in grave danger of dying if she hit her head. “You need to be admitted,” we tell her. She adamantly refused. Her mother, who brought her in, urged her to listen to us and she began yelling and screaming at her mother in their dialect. “It’s my life, why should you care about it?” She didn’t want to stay in the hospital—her husband would have to visit—he would start asking questions. Finally, after my attending pointed out that if she didn’t get treated her husband would find out anyways, she agreed to sit in the ER for a few hours to get another blood draw, restart her schizophrenia medications, and receive IV Solu-Medrol infusions. When I came back the next day, ML had been admitted fighting and screaming because her platelet count had dropped to 1,000.

When I went to visit ML on the inpatient floors, I was not prepared for the girl I would meet. Her eyelids were half closed and she was asking my attending where her Coach bag was because her outfit in there was prettier than the one she was wearing. She had recently been restrained for throwing a banana and a plate of eggs at her one-to-one patient care technician. She had been telling the hospital staff that her father was a stranger who beat her and gave her the bruises on her body and that her mother was crazy and should be the one taking drugs instead. When we asked if she took her medication, she said “what medication? Do I look like I need medication?” But despite all that, it was what happened next that shocked me and left me emotionally drained and deeply questioning our ethical system: I met her husband.  He was a normal looking guy in his early 20s wearing a white T-shirt and a pair of jeans. The bags under his eyes showed how little rest he’d been getting in the past few days since ML’s admission. The nurse told me that he had run to Chinatown that morning because she was hungry and refused to eat the hospital’s food only to have her take one look at what he brought back and throw it into the garbage. When he saw us coming, he walked up to my attending and asked “Doctor, can you please just tell me what is going on? I’m her husband. I have a right to know what her illness is!” And yet, he didn’t.  She had explicitly told us before this incident to conceal all health information from her husband. And now, she could not identify him and denied knowing him. We were legally obligated to keep the information from him. He got more and more agitated as we repeatedly told him we could not tell him her medical history. We asked him to speak to her dad who was her health care proxy, but all they would tell him was that they didn’t know either. “I’ll take her out of here today if you don’t tell me. I don’t care what happens to us. She’s getting worse by the day. Tell me what you’re doing to her and what she has! I’m her husband. I have a right to know. Don’t tell me about patient rights, these American patient rights are complete bull–”

His words stayed with me all day, and I suspect will stay with me the rest of my life. What was our role as doctors in this situation of deceit and deception that led to a young girl’s worsening illness? If we had refused to keep her illness from her husband, maybe he would not want a child, maybe she would not have gone off her medication and developed this life threatening thrombocytopenia and frank psychosis—but then again, maybe she would not be married at all, and maybe we would have prevented her from happiness and love.

What do we do when beneficence and “do no harm,” clashes with patient autonomy? ML can make her own decisions, can balance the risks and benefits of not telling her husband, of risking a pregnancy, but as her doctors, do we stand by and let her risk her life? What happens when she is sitting in a hospital bed, refusing all her medications and spiraling further into her illness, and can no longer decide the risks and benefits? Is it ethical to put this young man, who obviously cares about his wife, through the torture of not knowing why his wife didn’t recognize him? As her doctor stood by her bedside at midnight, giving her one pill after another saying, “This is the 300mg one you take in the morning; will you take this one? What about the 50mg that you take twice a day?” I could only imagine what ran through her husband’s mind. What will happen when he realizes that she has been taking all these pills behind his back and that she’s the one who lied to him? Is it better for ML to have loved and lost her life than live and never loved at all?

Only ML can tell us whether risking her life was worth being married and attempting to have a child, but I can’t help feeling that our commitment to patient autonomy somehow extricates us from the blame and responsibility, for better or for worse. At the end of the day, patient autonomy wins over beneficence and non-malfeasance—we allow ML to put herself into life threatening situations, we allow our patients to sign out AMA, we throw our hands up and say “well, this is what they want, and we can only respect that”—but the more important question may be how easily will we give up the fight for ‘first, do no harm’.

I wonder if ML will still be alive when I graduate medical school, whether we could have changed her course if we were permitted to tell her husband from the beginning. As I face new patients who argue against our proposed medical plan, demanding to do things their own way, I will remember ML. Her story will always remind me to work harder to understand what’s important to each patient and fight harder to save his/her life.

Dr. Xiao Jing Wang is a medical student at NYU School of Medicine