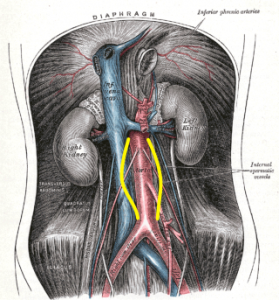 Two questions that often arise concerning the administration of radio-contrast in patients with advanced renal disease, receiving hemodialysis or peritoneal dialysis, reveal what appear to be widespread and important misconceptions.

The first misconception is that in end-stage renal disease, glomerular filtration is absent or minimal and the removal of wastes (“uremic toxins”) is accomplished only by peritoneal or hemodialysis Most patients who reach the advanced stages of renal disease requiring hemodialysis or peritoneal dialysis are not oliguric and a significant proportion (? 50%) of patients continue to excrete urine, often as much as 200 ml/day despite adequate dialysis treatment. These patients are said to have “residual renal function” .which is typically quantitated by application of a variant of urea or creatinine kinetics. Urea and creatinine, small molecules normally removed by glomerular filtration and readily removed by hemodialysis or peritoneal dialysis, are taken as surrogates for unmeasured “uremic toxins”. These measures suggest that the contribution of “residual renal function” to waste removal is small or inconsequential.

While dialysis does effectively control uremic symptoms,_nausea, vomiting, encephalopathy, and pruritus _ by the removal of small, dialyzable substances, several lines of evidence suggest that the “uremic toxins” responsible for the progressive renal scarring and severe cardiovascular disease seen in patients accounting for the early mortality with end-stage renal disease are not those normally filtered, but rather protein-bound molecules removed by proximal tubular secretion (1). Marine species, dating back 120 million years, are aglomerular. These species and many aglomerular fish of more recent vintage (23 million years) excrete their metabolic wastes (“uremic toxins”) by active tubular secretion. Glomeruli evolved when life moved into fresh water, as a mechanism for maintaining fluid balance, but as evolutionary biologists point out, physiologic mechanisms (e.g. tubular secretion) are not “discarded” by environmental change. Klaus Beyenbach (2) described the repeated emergence of tubular secretion as the mechanism responsible for the excretion of salts and toxic wastes in many species that have evolved more recently. The tubular secretion of small solutes is followed by the osmotic transfer of fluid from the renal interstitium into the tubule.

This is precisely what was described by Jared Grantham (3) who observed tubular secretion and the generation of “urine” in isolated rabbit renal tubules bathed in a medium to which arylamines such as para-aminohippurate or uremic plasma was added. Grantham suggested that the tubular secretion of organic solutes might serve a role in chronic renal failure (3).

The composition and the source of the urine produced by patients with marked reduction in glomerular filtration rate are not known. Several lines of evidence suggest that “residual renal function” might represent urine produced not by glomerular filtration, but rather by tubular secretion. Further, studies in remnant kidney models in the rat strongly suggest that a major “uremic toxin” might be indoxyl sulfate, a protein-bound aryl amine actively transported by organic anion transporters (OATs) in the proximal renal tubule (1). Preliminary studies in uremic patients support an important role for indoxyl sulfate as a uremic toxin (4). It does not seem far-fetched to speculate that the urine which is produced by patients with end-stage renal disease represents, wholly or in part, the product of tubular secretion of one or more metabolites, and may be the human counterpart of the urine formed by healthy marine species with aglomerular kidneys or glomeruli that filter little or not at all (5).

If these speculations should prove to be valid, it would dictate that “residual renal function” in patients with ESRD be carefully preserved. Although virtually all patients with ESRD ultimately become anuric, measures to slow the loss of function in “aglomerular kidneys” should be sought. Such measures include the avoidance of hypotension, the choice of peritoneal dialysis as the initial mode of renal replacement, and the avoidance of nephrotoxic drugs, notably radiocontrast agents. Since the OAT transporters are competitively inhibited by a wide range of drugs (7,8) e.g., probenecid and penicillin, the list of drugs to be avoided should not be limited to those we think of as “nephrotoxic”.