Should I Add Sugar or Splenda to My Coffee? 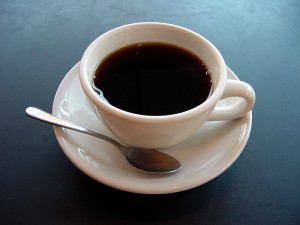 As a medical student, I adjusted to waking up at 6 AM every day – with the help of coffee, of course. Living in New York City and its fast-paced routine requires that extra kick those beans provide. So, should I add sugar or Splenda to my coffee? Half a century ago this question did not exist, but obesity was not a word in the Merriam-Webster then. Today, we have to think more carefully.

Non-sucrose based sweeteners can be either natural or artificial. The best known natural sweetener is Stevia, an extract of leaves from Stevia rebaudiana Bertoni that has been used for many years in the traditional treatment of diabetes in South America [1]. Artificial sweeteners have existed since 1879 when saccharin was incidentally discovered by Constantine Fahlberg, who licked his finger after accidentally splashing himself with a substance during an experiment at Johns Hopkins – and found that it was sweet [2]. Currently, the U.S. Food and Drug Administration has five approved artificial sweeteners, including the famous three: saccharin (Sweet’N Low), aspartame (Equal), and sucralose (Splenda). Most of these sweeteners are non-caloric (i.e. it takes 0 kcal/g to metabolize them) [2].

High-sugar foods and beverages are a major cause of weight gain. Substituting sugar with artificial sweeteners that provide very few or no calories seems, logically, to be helpful in the prevention of weight gain. Indeed, a trial in 2002 provided overweight subjects with food containing either sucrose or artificial sweeteners as supplements to their diets. The artificial sweetener–supplemented group took in 105kcal less of daily energy, an amount that prevented the 1.3 kg weight gained by the sucrose group over a 10 week period [3]. The reason for this difference is that subjects consuming the sucrose-containing supplements did not decrease their carbohydrate intakes to compensate for the added calories provided by the supplements, resulting in significant increases in carbohydrate consumption, while the artificial sweetener-supplemented group did not modify their carbohydrate consumption, nor did they need to. Additionally, there was no difference between the two groups in hunger, fullness, and well-being [4]. These results, in addition to those of other similar trials, support the idea that artificial sweeteners significantly reduce body weight [5].

Both the American Heart Association (AHA) and the American Diabetes Association (ADA) recommend limiting added sugars as an important strategy for supporting optimal nutrition and healthy weight, and they state that although evidence is limited, nonnutritive sweeteners may be used in a structured diet to replace sources of added sugars, and that this substitution may result in modest energy intake reductions and weight loss [6]. Physiologically, sucralose does not stimulate insulin, glucagon-like peptide 1 (GLP-1), or glucose-dependent insulinotropic polypeptide (GIP) release, nor does it slow gastric emptying in healthy humans [7]. These artificial sweeteners therefore do not interfere with glucose metabolism and are passed through the gastrointestinal tract with no effect; thus artificial sweeteners may have no therapeutic benefit in the dietary management of diabetes other than as a substitute for carbohydrate.

Aside from weight loss, artificial sweeteners have many other beneficial effects. For example, the use of sucrose substitutes in sweets is believed to have contributed in part to the decline in the prevalence of dental caries in industrialized countries [8]. Stevia specifically was shown to be effective in lowering blood pressure in hypertensive patients, and small studies also report positive results with respect to improved glucose tolerance [1] in addition to some anti-fungal and anti-bacterial properties [9].

All these positive aspects seem to favor the use of non-sugar based sweeteners, so why have they not completely replaced sugar? Some rumors disseminated by the press reported serious adverse effects associated with the use of these substances, many of which have no scientific background Even some of the scientific publications in reliable medical journals, which caught media attention, were not well researched and ignored common statistical knowledge. For example a large study in 1996 titled ‘Increasing brain tumor rates: Is there a link to aspartame?’ linked the increase of brain tumors to the introduction of aspartame, two events that incidentally occurred around the same period. In epidemiology, this correlation is called ‘ecological fallacy’ and is not admissible, since there was no information available regarding whether the individuals who developed brain tumors consumed aspartame [10] The scare was mainly regarding bladder cancer, and it was based on rat studies that showed increased risk; in fact, this study resulted in a ban on saccharin in Canada and a black label in the USA in 1981. However, the National Institute for Environmental Health Sciences removed saccharin as a potential cancer-causing agent in 2000 because it was shown that the cancer-inducing mechanisms in rats do not apply to humans [10]. Many more human studies found no evidence that artificial sweeteners bear a carcinogenic risk, unless very high doses are consumed (greater than 4000 mg/kg body weight per day which is about 560 teaspoons for the average 70-kg person, much higher than the normally consumed quantities) [11]; even then, the relative risk for bladder cancer is merely 1.3 (95% CI 0.9–2.1) [10]. After all, these sweeteners had to be approved as safe by the U.S. FDA before they were marketed [6]. The American Dietetic Association states that artificial sweeteners are safe to use overall. The AHA’s position favors their use for diabetics and people on a weight loss diet.

Of note, the benefits of artificial sweeteners in adults have not been reproduced in pediatric populations [12], other than for diabetics; in fact, the American Academy of Pediatrics recommends that such products should not form a significant part of a child’s diet [13].

In summary, research has failed to prove any detrimental effects of artificial sweeteners; on the contrary, many benefits have been ascertained, the most important of which is weight loss. Obesity, on the other hand, continues on its exponential hike toward the disastrous level, with all associated adverse health consequences. So – if you are deciding between a diet and a regular soda, go with the diet. Add Splenda to your coffee. Or even drink it black! As with everything in life, moderation is key.