Are We Too Hesitant to Anticoagulate Elderly Patients with Atrial Fibrillation? A Risk-Benefit Analysis 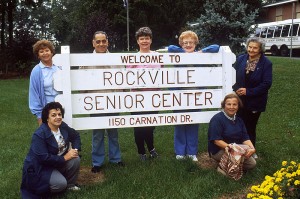 Atrial fibrillation (AF) is the most common cardiac arrhythmia and its prevalence increases with age. In fact, the lifetime incidence of AF is approximately 25% in individuals by age 80, with the incidence nearly doubling with each decade of life after age 50. (1) Multiple randomized controlled trials have shown that oral antithrombotic therapy with warfarin or aspirin decreases the risk of ischemic stroke in patients with AF. (2-6) Meta-analyses reveal a relative risk reduction of approximately 60% with warfarin and 20% with aspirin as compared to placebo. (7) Pooled analyses from these studies show a less than 0.3% increase in the absolute risk of intracranial hemorrhage with antithrombotic therapy. (7) This risk is much lower than the annual risk of ischemic stroke which is increased by greater than five-fold in patients with atrial fibrillation who are not receiving anticoagulation. (8)

Given these results, the current American Heart Association/American College of Cardiology/European Society of Cardiology guidelines for the management of AF recommend the use of anticoagulation based on a patient’s risk of ischemic stroke. This risk is determined using known risk factors such as those identified by the CHA2DS2-VASc scoring system. (9) These guidelines thus give a Class IA recommendation to the statement: “the selection of the antithrombotic agent should be based upon the absolute risk of stroke and bleeding and the relative risk and benefit for a given patient.” (9)

It also evident in clinical practice that the elderly are at increased risk for falls. Studies demonstrate that in the community, approximately one-third of individuals over the age of 65 fall every year. (10) In addition, those who fall once are at increased risk of additional falls, and approximately 10% of these falls result in serious injury. Following this, studies have shown that physicians are hesitant to prescribe antithrombotic therapy in elderly patients with atrial fibrillation who are perceived to have an increased fall risk to prevent inducing an intracranial hemorrhage. One review of a hospital’s electronic medical records revealed that the most common reason cited for not prescribing warfarin to a patient with AF was bleeding risk from falls.(11) A survey of residents, fellows, and attending physicians also highlighted fall risk as the most common reason for not anticoagulating a case patient in a nursing home with atrial fibrillation.(12)

Is this fear justified?

A prospective study of over 500 patients who were discharged on oral anticoagulation for AF showed that there was no significant increase in risk of major bleeds between those deemed high risk for falls versus low risk (8.0 events versus 6.8 events per 100 patient-years, respectively, p = 0.64, respectively). (13) In a retrospective study comparing 1,245 patients at high risk of falls compared to 18,261 other patients with AF, there was a significant difference in rates of intracranial hemorrhage between the high risk for falls and low risk for falls groups (2.8 events versus 1.1 events per 100 patient-years, respectively, p < 0.005). However, when looking at a composite outcome of out-of-hospital death or hospitalization for stroke, myocardial infarction, or hemorrhage, the hazard ratio was 0.75 (95% CI 0.61 to 0.91, p 0.004) for warfarin therapy. This led the authors to conclude that in patients at high risk for stroke – those with a CHADS2 score of 2 or greater, the overall benefit of warfarin therapy outweighed the risks in their study. (14)

Given the potential discrepancy in the interpretation of the results from these studies, a meta-analysis was conducted to help guide antithrombotic therapy for AF in elderly patients at risk for falls. The authors used a Markov decision model to calculate that an individual taking warfarin would need to fall about 295 times in one year before the risks of warfarin outweighed the benefits. (15) Of course, a major concern to the validity of these results is the potential imprecision in the values of the input variables to calculate this “number needed to fall” – i.e. incidence of fall per year, risk of ICH per fall, etc. The authors concluded that a patient’s tendency to fall should not play a significant role in the decision to prescribe anticoagulant therapy in this patient population.

The same authors followed up their original study with a subsequent appraisal of the literature to determine if the presence of additional clinical risk factors for bleeding impacted the risk of hemorrhage in elderly patients on anticoagulation for AF. (16) They identified three such risk factors for intracranial hemorrhage based on their literature search – hypertension, participation in activities that increase risk of head trauma, and increased rates of intracranial bleed in patients with prior stroke who were placed on anticoagulation. They concluded that these too should not change one’s decision to anticoagulate those with AF and high risk of stroke. (16)

A subsequent case-controlled study analyzed the level of anticoagulation, age, and stroke risk in AF patients on warfarin. The authors showed that the risk of ICH is increased in patients over the age of 85 as compared to those aged 70-74 (OR 2.5, 95% CI 1.3 to 4.7). (17) They thus advocated strict monitoring of INR values and avoiding an INR > 3.5 which they found to be associated with increased risk for ICH.

A more recent review on the subject analyzed the above studies among others, and concluded that physicians are still guided by their own concerns regarding a patient’s risk of hemorrhage as opposed to their risk of ischemic/embolic stroke, and that that warfarin is underused in the treatment of AF in the elderly as a result of these concerns. (18)

The decision to anticoagulate an elderly person with AF at high risk for stroke is a common problem faced by physicians. The benefit of warfarin in reducing the risk of stroke in patients with AF is indisputable, as is its superior efficacy in comparison to aspirin. Some studies have shown that the rates of ICH may be comparable between patients treated with aspirin and those with well-managed warfarin regimens. (19, 20).Importantly, this review has focused on the use of Warfarin in patient with AF. As data on the newer anticoagulants continues to accrue, future risk/benefit analyses with the use of these agents should be conducted as well.

Because stroke risk increases with age, the elderly stand to benefit the most from warfarin therapy. Therefore, most experts would recommend an individual risk-benefit analysis per patient with careful attention to risk of ischemic stroke in this vulnerable population, and in general, advocate the use of warfarin therapy in those at high risk of stroke – i.e. CHADS2 or CHA2DS2-VASc score of 2 or greater – despite their fall risk. This would especially be advocated for patients who remain adherent to their regimen and have well-controlled INRs. Importantly, the patient should be included in a conversation regarding the risks, benefits, and lifestyle changes that go along with chronic anticoagulation therapy

To help ameliorate physician concern and potentially decrease the risk of ICH in an elderly patient, more frequent INR checks should be obtained to ensure that the INR remains at the goal of between 2 and 3. In addition, minimization of a patient’s fall risk via environmental changes, medication management, and treatment of any underlying diseases that contribute to risk of fall should be emphasized. (21) ,

3. The effect of low-dose warfarin on the risk of stroke in patients with nonrheumatic atrial fibrillation. The Boston Area Anticoagulation Trial for Atrial Fibrillation Investigators. N Engl J Med. 1990;323(22):1505-11.

12. Dharmarajan TS, Varma S, Akkaladevi S, Lebelt AS, Norkus EP. To anticoagulate or not to anticoagulate? A common dilemma for the provider: physicians’ opinion poll based on a case study of an older long-term care facility resident with dementia and atrial fibrillation. J Am Med Dir Assoc. 2006;7(1):23-8.

15. Man-Son-Hing M, Nichol G, Lau A, Laupacis A. Choosing antithrombotic therapy for elderly patients with atrial fibrillation who are at risk for falls. Arch Intern Med. 1999;159(7):677-85.