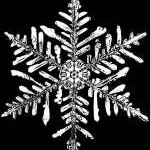 With the holiday season upon us, the streets are laden with trees waiting to be adorned, bunches of mistletoe to be hung for that special moment; and New Yorkers are wiping away the cobwebs from snow boots and thermal gear in preparation for the chill effect awaiting them as they step outside their homes. People adorn their homes with decorations, and enjoy delectable delights with loved ones. The NYU community continues to work harder than ever to provide care for those in times of illness, and those less fortunate than ourselves, especially at this time of year.

The chill effect not only pertains to this time of year, however. Therapeutic hypothermia is recommended in international resuscitation guidelines as a modality to reduce neurologic deficits after cardiac arrest. Two previous trials (1,2) had compared therapeutic hypothermia (to 32o and 34 o C) with standard therapy, the seminal results of which showed a significant improvement in neurologic function and survival. The NEJM presents a recent international, multicenter randomized clinical trial by Nielsen and colleagues investigating the benefits and harms of two temperature regimens (33o and 36o C) to assess whether or not previous reports were confounded by prevention of fever and poor thermal regulation as an effect on outcomes (3). Patients were randomly assigned to either the 33oC group (n=473), or 36oC group (n=466), with similar prerandomization characteristics. Temperature was managed with an intravascular cooling catheter in 24% of patients, and a surface cooling system in 76% of patients in both groups, with an intervention time of 36 hours. At the end of their trial, 50% of the 33oC patient group had died, compared to 48% in the 36oC group (HR with 33oC 1.06; 95% confidence interval (CI), 0.89 to 1.28; P = 0.51). At 180-day follow-up, 54% of the patients in the 33°C group had died or had poor neurologic function, as compared with 52% of patients in the 36°C group (risk ratio, 1.02; 95% CI, 0.88 to 1.16; P = 0.78). The researchers concluded that a therapeutic temperature of 33oC in unconscious survivors of out-of-hospital cardiac arrest did not confer a benefit over 36oC. A limitation of their study is that in all centers, intensive care staff members were aware of target temperature, potentially inducing bias; furthermore, the effects of sedation and neuromuscular blockade were not documented and may have significant impact on patient outcomes. One might subsequently hypothesize that maintenance of normothermia and fever prevention after cardiac arrest are equally effective, however this has yet to be evaluated in a randomized controlled trial.

Mistletoe, a well-known holiday season decoration under which couples share a special moment, is in its natural habitat (varietals Viscum album in Europe, and Phoradendron Serotinum in North America) a parasitic growth that can eventually kill its host. It may come as a surprise that mistletoe has another less apparent use – as a therapy for cancer; seemingly fitting to its effect in nature. Indeed, there are at least 30 different preparations available for this use. The Oncology section of the Lancet presents an interesting article (4) on extracts of Viscum Album as an adjunct anticancer therapy, prescribed almost uniquely in Europe. Mistletoe is thought to stimulate the immune system, help improve side effects of chemotherapy and radiotherapy, and improve quality of life. The actions of mistletoe pertain to biologically active molecules, such as mistletoe lectins, viscotoxins, flavonoids, and membrane lipids. Lectins and viscotoxins appear to be most attributable to a therapeutic role, inducing apoptosis and stimulating proliferation of neutrophils and natural killer cells. Many clinical studies of mistletoe effects exist; however the results are inconclusive in large part because of weak methodology, small sample sizes and failure to randomize. A Cochrane review in 2010 was unable to find conclusive research data to support clinical efficacy of mistletoe extract for use in cancer therapy (5). So an interesting concept, though perhaps it should remain as a decoration to kiss under, and not as an anticancer drug until further evidence becomes available.

Having stepped out of the cold and considered a kiss under the mistletoe, the smell of delicacy hits your nose – cinnamon, ham, duck, stuffing, roasted vegetables. Your eyes wander, soaking in the festive sights, and fall upon the dessert display, as you prepare for a holiday feast. Your blood pressure rises, and your doctor’s cautions of hypercholesterolemia are put to the back of your mind as you contemplate what is set out before you. The BMJ presents research by Shen and colleagues (6), who present a reanalysis of data from the Nateglinide and Valsartan in Impaired Glucose Tolerance Outcomes Research (NAVIGATOR) trial. This was a multinational, randomised, double blinded, placebo controlled trial of 9306 patients examining the effects of valsartan and nateglinide on conversion to type 2 diabetes mellitus and cardiovascular outcomes in patients with impaired glucose tolerance and other cardiovascular risk factors.

In this reanalysis of data, Shen and colleagues assessed number of patients who were initially not on beta blockade, diuretics, statins, or calcium channel blockers, and who subsequently commenced these medications during follow-up. Fasting blood glucose and HbA1c levels for these patients were reportedly similar compared to those in patients who never started on any of the four therapies. Of the 9306 participants enrolled, 915 (16.2%) of 5640 who were β blocker naïve at baseline started β blocker treatment, 1316 (20.7%) of 6346 who were diuretic naïve started diuretic treatment, 1353 (22.0%) of 6146 who were statin naïve started statin treatment, and 1171 (18.6%) of 6294 who were calcium channel blocker naïve started calcium channel blocker treatment. After adjustment for baseline and time varying confounders, Shen and colleagues deduced that diuretic and statin use were significantly associated with new onset diabetes. For β blockers, a non-significant difference in the development of new onset diabetes was observed. They conclude that in high risk people with impaired glucose tolerance, the use of diuretics and statins may be associated with an increased risk of new onset diabetes. While the study is large giving it power, the researchers note that their work was a reanalysis of a clinical trial that was not prospectively designed to examine the association between new onset diabetes and β blocker, statin, and diuretic use. They further add that biases due to the observational nature of treatment assignment were possible. In addition, no data on drug dosage or category were provided, limiting our deduction of dose-related outcome.

While enjoying your holiday season, you find that your ticklish cough that has continued for the past few weeks is just not going away, and have noticed a speck of blood not attributable to cranberry sauce. You decide to stop smoking in the new year as a resolution to yourself, but you are concerned. Screening for lung cancer has been a proposition for many years. Should you consider a screening CT? Recent results from the National Lung Screening Trial (NLST) (7), a randomized trial comparing screening of 53,452 people at high risk for lung cancer demonstrated a 20% relative reduction in lung cancer–specific mortality with low-dose computed tomography (LDCT) compared with screening using chest radiography (CXR). The trial notably found more cases of lung cancer in the LDCT group, though an article in JAMA Internal Medicine by Patz and colleagues (8) proposes that lesions found may indeed be indolent and clinically insignificant; suggesting that over-diagnosis may incur unnecessary treatment, morbidity/mortality, follow-up, cost, and anxiety for a patient with a disease that may otherwise have never been detected or become clinically significant. In this regard, Patz and colleagues used data from the NLST to provide an empirical estimate of the excess number of lung cancers reported in the LDCT arm of the NLST compared with the CXR arm. They propose a model to estimate the number of over-diagnoses relative to the number needed to screen to prevent one lung cancer death as the number of excess lung cancer cases in the LDCT arm of the NLST divided by the difference in lung cancer deaths in the LDCT and CXR arms of the NLST. Their findings report 18% of all lung cancers detected by LDCT in the NLST appeared to be indolent, and that over-diagnosis should be considered. Indeed, the researchers emphasize that if these individuals had not entered the NLST, they would not have received a lung cancer diagnosis or treatment for at least the next 5 years. They conclude that whereas the NLST demonstrated a relative mortality reduction with LDCT, the limitations of the screening process including the magnitude of over-diagnosis, should be considered when guidelines for mass screening programs are constructed.

1. The U.S. Food and Drug Administration approved sofosbuvir to treat chronic hepatitis C virus (HCV) infection. This is the first drug that has demonstrated safety and efficacy to treat certain types of HCV infection without the need for co-administration of interferon. Two studies (POSITRON, FUSION) made way for this treatment approval, reporting a profound decrease in circulating levels of HCV RNA, among both genotype 2 and 3 HCV-infected patients with sofosbuvir in combination with ribavirin.

2. A current article in Nature Medicine provides new insight into how metformin elicits its therapeutic effects, an area under scrutiny. A new study in mice shows that inhibitory phosphorylation of acetyl-coA carboxylases by the AMP-activated protein kinase (AMPK) is essential for the ability of metformin to improve insulin sensitivity and lower blood glucose in obesity.