Primecuts – This Week In The Journal 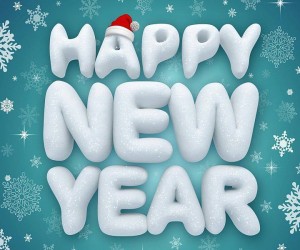 The beginning of 2014 marks not only a new calendar year, but a new era of American health care with the opening of the Affordable Care Act (ACA) health insurance exchanges. While the majority of media coverage about the ACA has been devoted to changing insurance policies and concern about systemic upheaval, the expansion of Medicaid has been largely ignored by the popular press. Despite its lack of sexiness as a topic of newspaper coverage, the health effects of Medicaid expansion are being increasingly well-described by researchers. Last summer, we got our first peek at results from the Oregon Health Study Group, which is investigating the effects of the 2008 Oregon lottery that randomly allocated a limited number of expanded Medicaid slots to eager residents. The Oregon Health Study has permitted a rare prospective randomized trial on the both the health and health care utilization effects of Medicaid expansion. The initial results published in the New England Journal of Medicine found that while increasing Medicaid access did not have a statistically significant effect on quantitative outcomes like blood pressure or hemoglobin A1C, incidence of depression and catastrophic out-of-pocket medical expenditures both decreased [1].

Now the Oregon Health Study Group is back with a new look at the effect on health care utilization of expanding Medicaid. Their recently published article in Science evaluated emergency room usage by new Medicaid recipients and found an increase of 0.41 ED visits per person over 18 months (a 40% increase) for those with newly acquired Medicaid coverage [2]. The increase in ED visits for patients occurred along with a self-reported increase in access to primary care, begging the question of why patients would increasingly visit the emergency room if they also report better access to primary care physicians. An article from Health Affairs earlier in 2013 found that the problem is multifactorial: lower income patients have a harder time getting to the doctor during normal business hours, they perceive the hospital to provide better care than an outpatient visit, and they associate office visits with a greater total time cost because of the frequency of specialist referrals [3]. These new data from the Oregon Health Study Group continue to deliver the message that health insurance reform (i.e. who pays for health care) is often much less important for both outcomes and expenditures than health care delivery reform.

Part of the impetus for passing the ACA was the growing burden of health care costs on our economy. Comparative effectiveness research that allows us to assess the effectiveness of expensive and invasive procedures relative to noninvasive – and less expensive – medical management strategies continues to be a vital part of health care research. We learned last week in Primecuts that many knee surgeries for partial meniscal teares are no more effective than sham procedures [4]. Piggybacking on this theme are new data from the CORAL investigators demonstrating that there is no marginal benefit to be achieved from renal artery stenting in patients with atherosclerotic renal artery stenosis on top of optimal medical therapy [5].  Stenting did not reduce mortality, need for hemodialysis, myocardial infarction, stroke, or new congestive heart failure in patients with renal artery stenosis and hypertension or chronic kidney disease. These data echo results from studies such as the COURAGE trial that continue to recognize that the pathophysiology of vascular disease and its associated morbidities is more complicated than simply decreased blood flow [6]. These results from the CORAL investigators will avoid unnecessary and invasive procedures to open up stenosed renal arteries.

In other news, the TEAM-AD VA investigators found that vitamin E supplementation for patients with mild to moderate Alzheimer’s disease helped participants retain the ability to carry out activities of daily life and reduced caregiver burden by about 2 hours per day [7]. Patients in this trial were randomized to either 2000IU of vitamin E daily, 20mg of memantine, a combination of the two, or placebo. No significant difference was observed with memantine compared to placebo. Unfortunately, disease progression in terms of cognitive decline was not affected with either vitamin E supplementation or memantine. Clinicians should be careful before extrapolating these results to any patients other than those with mild to moderate Alzheimer’s as high dose vitamin E supplementation may be also be associated with an increased risk of cancer [8].

Other reading this week:

A study this week in the Lancet looked at the cost effectiveness of HAART therapy with different types of clinical monitoring [9]. Authors concluded that while viral load monitoring provides the greatest reduction in morbidity and mortality, its high cost limits its utility when resources are increasingly limited. Researchers advocate expanding drug therapy and only monitoring viral loads after improved HAART access is obtained.

We definitively learned this week something many of us have long suspected: texting while driving is bad for your health. Researchers in the New England Journal investigated crashes and near crashes for both experienced and novice drivers, finding that cell phone use is hazardous, increasing the risk for all drivers [10].

For those of us who struggle with convincing our patients of the benefit of many important medical therapies, here is some encouraging news on the benefits of continuous positive airway pressure: treating patients with sleep apnea may help to improve their golf games [11]. Interestingly, researchers found “unusually high” treatment adherence in this study. This should reinforce the idea that finding ways to make medical treatment relevant to a patient’s life is a vital part of an excellent clinician’s job description.