From The Archives: Should My Patient with a Solid Tumor be Anticoagulated in the Absence of Venous Thromboembolism? 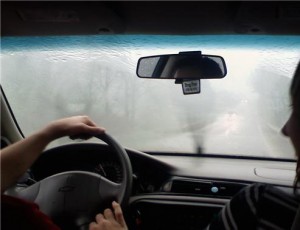 Please enjoy this post from the archives dated September 8, 2011

An empiric association between occult malignancy and thrombophlebitis has been recognized since Trousseau first reported the syndrome in 1865.[1] The mechanism by which cancer predisposes to thrombophilia has not been fully elucidated; however, it is now clear that this is a symbiotic relationship.[2] The second leading cause of death in hospitalized cancer patients (and a leading cause of death in ambulatory cancer patients) is venous thromboembolism.[3] There are algorithms to identify cancer patients at high risk for developing venous thromboembolism (VTE), and a recently undertaken clinical trial exploring the efficacy of anticoagulation prophylaxis in these patients will likely establish guidelines for prophylactic treatment in the outpatient setting. There are patient-, tumor-, and treatment-related risk factors for development of VTE.[4,5] Cancer patients who develop a VTE should be treated with low-molecular-weight heparin, and all hospitalized cancer patients should have anticoagulation prophylaxis, especially if the patient is bedridden, scheduled to undergo major cancer surgery, or has a prior history of VTE.[6,7] An inferior vena cava filter should be considered for 1) patients who are currently bleeding or are at high risk for bleeding, 2) have recurrent VTE despite anticoagulation, 3) develop VTE immediately postoperatively, 4) present with a large primary or metastatic CNS tumor, 5) present with cor pulmonale, or 6) have a significant fall risk.[8]

The aim of this paper is to explore the literature concerning anticoagulation as an adjunct cancer treatment, not just as a treatment of VTE. The interactions between components of the clotting cascade and tumor cells are still being explored, but it has become clear in the last few decades that platelets play a pivotal role in tumor growth, angiogenesis, metastasis, and escape from immune surveillance.[9] It appears that one of the key regulators of this tumor-platelet interaction is thrombin. Most tumor cells have constitutively active tissue factor on their surface and thus are able to generate active thrombin in concentrations sufficient to overcome host antithrombin mechanisms.[9,10] Thrombin enhances the tumor cell-platelet interaction by activating the protease activated receptor-1 (PAR-1) on tumor cells[11], which allows tumor cell activation and subsequent avid binding to platelets, fibronectin, von Willebrand factor, and endothelial cells.[10] Thrombin has also been shown to act as a tumor growth factor [12] as well as an inducer of metastasis.[13]

Experiments conducted by Simon Karpatkin’s group demonstrated that inhibition of endogenous thrombin by pre-treatment with hirudin (a direct thrombin inhibitor, capable of neutralizing thrombin bound to the tumor-thrombus complex as well as in the plasma[14,15]) resulted in smaller tumor size and fewer metastases to the lungs in both murine and human (inoculated in nude mice) tumor models.[12,13]

Interestingly, two clinical studies have suggested a link between hypercoagulability and occult malignancy. One study followed 854 healthy patients with deep vein thrombosis; one group received warfarin for 6 weeks while the other group received warfarin for 6 months. The patients were followed for 6 years. It was noted that the group who received warfarin for only 6 weeks had a higher overall incidence of cancer (odds ratio 1.6, 95% CI 1.1-2.4, p=0.02) and a much higher incidence of urogenital cancer (odds ratio 2.56, 95% CI 1.3-5.0).[16] A second study looked prospectively at increased mortality from myocardial infarction (MI) in otherwise healthy men who had a lab diagnosis of hypercoagulability. While no increased mortality was noted from MI, total cancer mortality in hypercoagulable patients was 11.3% vs 5.1%, relative risk 2.2 (p=0.015).[17] These intriguing observational studies raise the question of whether adding an anticoagulant early in the treatment of solid tumors would provide a survival benefit.

As the intricacies of tumor biology are elucidated, it is becoming clear that platelets and clotting factors are closely linked with the growth, angiogenic potential, invasiveness, and the propensity for metastasis of solid tumors. In a 1968 study, Gasic and colleagues noted a survival benefit and decreased lung metastases in mice that were made thrombocytopenic prior to inoculation with tumor cells.[18] Some studies of the efficacy of low-molecular-weight heparin (LMWH) in the treatment of malignancy-associated VTE have reported a survival benefit due not only to resolution of the thrombus but also due to an antitumor effect.[19-21] A few studies have been conducted in which patients were placed on LMWH as an adjunct therapy before VTE became clinically apparent.[22-26] In general, the results of these trials have been promising. One particular study, the CLOT trial, found that patients (with different kinds of solid tumors) randomized to the LMWH-plus-standard-of-care group had a statistically significant survival benefit compared to those who only received the standard-of-care chemotherapy and/or radiation therapy.[25] However, the greatest survival benefit was seen in those patients without evident metastatic disease, who had better prognosis at the time of randomization.

Use of antiplatelet agents for cancer chemoprevention has garnered much attention recently and is an area of active research, with survival benefits demonstrated in colorectal cancer and lung cancer trials.[27, 28] However, a full discussion of the topic is beyond the scope of this article.

Thus, we are left without a satisfactory answer to the question of adjunct anticoagulation. LMWH is clearly indicated for any at-risk hospitalized patient with malignancy and is suggested for all hospitalized cancer patients. Anticoagulation is also indicated for all at-risk outpatients, namely those with prior VTE and those recovering from cancer surgery. The results of the studies indicate that patients demonstrate a survival benefit with LMWH, with the greatest benefit seen in patients treated early in disease progression; but these possible benefits must be weighed against the risks, costs, and inconvenience of chemopreventive anticoagulation.