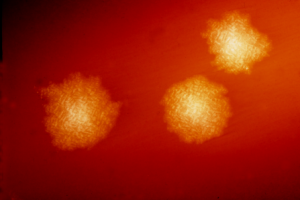 First introduced in the late 1980s, proton pump inhibitors (PPIs) have revolutionized the treatment of gastric acid-related disorders and have been described as a miracle drug by patients and physicians alike. As is often the case with miracle drugs, however, long-term use of PPIs has led to unforeseen adverse effects. Chief among the purported side effects of PPI use is an association with Clostridium difficile infection (CDI). CDI, an enterocolitis that leads to voluminous and potentially fatal diarrhea, was first described in the 1970s but in recent years has become a true epidemic.[1] Although antibiotic exposure is the most well-established risk factor for CDI [2], prevention of nosocomial CDI is critical to improving hospital safety, and therefore the potential association between CDI and PPI use has become a prominent, albeit controversial, issue. Some argue that PPIs are overprescribed and lead to preventable CDI, while others maintain that PPIs are invaluable weapons in the fight against peptic ulcer disease and that their use should not be curtailed. In February 2012 the Food & Drug Administration weighed in and issued a warning that PPI use may predispose to CDI.[3]

The association between PPI use and CDI was first suggested in 1982, when Gurian et al. demonstrated that gastric juices killed C. difficile and neutralized its toxin in a dose dependent manner. Given that PPIs neutralize the gastric juices proven to kill C.difficile, PPIs were theorized to increase vulnerability to CDI[4] More recently, Kaur et al. showed that mice receiving PPI therapy had similar susceptibility to CDI as mice receiving antibiotics.[5] Unfortunately, there has been no randomized, prospective study examining PPI use and CDI susceptibility to date. Most experts agree that a randomized trial enrolling thousands of patients to either PPI or placebo and then prospectively monitoring them for CDI would be both impractical and unethical.[6] For this reason, all of the clinical studies available to examine the association between PPI use and CDI susceptibility have thus far been observational.

The retrospective design of the Howell study has considerable limitations. Most importantly, retrospective studies have difficulty controlling for confounding variables. Were the patients who received frequent PPI treatment more prone to CDI because they were taking PPIs? Or were they just sicker patients who needed more medicine and therefore more prone to CDI because of their overall weakened states? Howell et al. attempted to control for confounding variables by performing advanced statistical analyses including propensity scores and cohort propensity score matching; however, the authors admit that no amount of statistical manipulation is as convincing as a strong, randomized, prospective trial. The Howell study and similar retrospective analyses do the best they can with the data available, but they cannot provide any definitive answers.

Two recent meta-analyses from The American Journal of Gastroenterology looked at the link between PPIs and CDI. The first, by Janarthanan et al., included 23 studies totaling close to 300,000 patients.[9] The authors found a 65% increase (relative risk 1.69, p<0.001) in the incidence of CDI among patients on PPIs. They also performed a subgroup analysis based on study design and saw an increased incidence of CDI among PPI users in both case–control studies (relative risk 1.48, p<0.001) and cohort studies (relative risk 2.31, p<0.001). The second meta-analysis, by Kwok et al., included 42 studies totaling 313,000 patients.[10] This study showed a 1.74 odds ratio (p< 0.001) for patients receiving PPI therapy to develop CDI as compared with patients not taking PPIs.

These two meta-analyses used different statistical methods to look at many of the same studies and arrived at the same conclusion: PPI use is strongly associated with CDI. Although meta-analyses look at a great deal of data, they cannot correct for biases within their constituent studies. If all of the trials included in a meta-analysis are biased and of poor quality, the meta-analysis will be of poor quality as well. The Janarthanan and Kwok meta-analyses make the most of the available data, but they can not provide a definitive answer as their constituent studies are observational and retrospective.

Does PPI use increase the risk of CDI? Despite limitations with the available studies, there is a moderate body of evidence to suggest that it does. Providers should use this evidence when weighing the risks and benefits of PPI therapy in their patients.