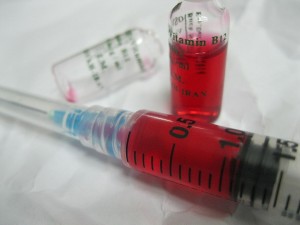 In the late 1970s evidence began to emerge that a newly discovered pump, a H+/K+ ATPase in the gastric mucosa, was the final step in the process of acid secretion [1]. With this discovery, further research demonstrated the ability to reduce gastric acid secretion by inhibiting these proton pumps [2]. We now have drugs that do just that: the proton pump inhibitors (PPIs). Proton pump inhibitors have been used since 1989 to treat acid-related gastrointestinal disorders as well as in the evaluation of noncardiac chest pain [3, 4]. In 2011, the PPI omeprazole was the sixth most commonly dispensed prescription medication in the United States, with over 59 million prescriptions written [5].

Given the chronicity of many acid-related disorders, such as gastroesophageal reflux disease (GERD), many patients ultimately end up taking PPIs daily for many years. With this in mind, it is important to consider the potential side effects of PPIs and assess the costs and benefits of long-term PPI use.

One potential side effect of PPIs is the risk of malabsorption of vitamins and minerals, in particular vitamin B12. Vitamin B12 deficiency occurs as follows: gastric acid assists in the absorption of vitamin B12 by releasing the vitamin from the proteins to which it is bound when ingested so that it is available to bind to R-proteins and avoid degradation by acid in the stomach. In patients on PPIs, there is decreased production of gastric acid, which may contribute to malabsorption of the vitamin [6].

Until recently, there have been no large-scale studies looking at the risk of vitamin B12 deficiency across multiple age groups taking PPIs. However, a 2013 case-control study published in JAMA discussed the potential for vitamin B12 deficiency in individuals of varying ages taking acid-suppressing drugs for long periods of time [10]. The study showed that having taken PPIs for 2 or more years was associated with an increased risk of vitamin B12 deficiency, with an odds ratio of 1.65 (95% CI, 1.58-1.73). Interestingly, the study showed a stronger association in younger age groups between vitamin B12 deficiency and PPI use for 2 or more years. The greatest association was seen in patients under the age of 30 (OR 8.12 [95% CI, 3.36-19.59]). With increasing age, the association actually decreased; for example, for patients older than 80 years old, the OR was 1.04 (95% CI, 0.96-1.13). Additionally, a stronger association was seen in women and in those taking higher dosages of PPIs.

PPIs are commonly used in emergency rooms and on inpatient floors as well as in outpatient medicine. One may wonder whether the malabsorption risk exists for patients being treated while they are in the hospital. One study assessing the risk of B12 deficiency in older adults on PPIs or H2 blockers showed no risk associated with past or short-term use [9]. Additionally, a 2013 study by Lam and colleagues showed decreased risk of vitamin B12 deficiency once patients discontinued use of PPIs [10].

Long-term PPI use has also been associated with iron-deficiency anemia, malabsorption of magnesium and calcium, and increased risk of infection. States of hypochlorhydria have been known to cause iron-deficiency anemia; however the relationship between PPIs and iron-deficiency anemia has not been fully elucidated. In healthy individuals with normal iron levels, PPIs have not been shown to decrease iron levels significantly [11, 12]. However, some studies have shown that individuals with established iron deficiency may have a suboptimal response to oral iron replacement while on PPIs due to impaired absorption of nonheme iron, and therefore require treatment with high-dose iron replacement therapy for a longer duration or intravenously [13, 14].

In 2012 a systematic review was performed that looked at hypomagnesemia and long-term PPI use. The study found that this side effect occurred after a median of 5.5 years of PPI use and that discontinuation of the PPI resulted in fast recovery of normal magnesium levels [15]. In 2011 the FDA issued a safety alert to warn providers of this potential side effect and recommended periodic magnesium levels for patients taking PPIs long-term [16].

Overall, PPIs are one of the most prescribed drugs in the United States in both inpatient and outpatient settings. They are effective acid suppressants, providing many patients with relief of their symptoms. However, given the new data surfacing, it is crucial to assess the need for nutrient measurement and to weigh the costs and benefits of the PPIs.

5. IMS Institute for Healthcare Informatics. The use of medicines in the United States: Review of 2011. http://www.imshealth.com/ims/Global/Content/Insights/IMS%20Institute%20for%20Healthcare%20Informatics/IHII_Medicines_in_U.S_Report_2011.pdf.  Published April 2012. Accessed December 18, 2013.