Why Do Toenails Grow More Slowly Than Fingernails?

Warm weather heralds the arrival of flip-flops and the exposure of toes previously tucked away in socks and boots. This sudden pedal presence makes one wonder, why do toenails grow more slowly than fingernails? 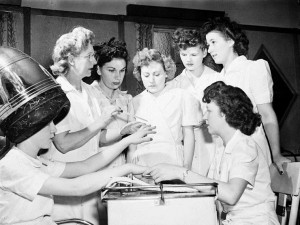 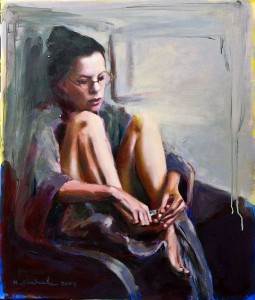 First, to what degree does speed of nail growth vary? Anyone who has ever had to wait as a broken toenail gradually grows in, treated a toe fungus, or gotten a mani-pedi is familiar with this difference, but not many have taken the time to quantify it. Luckily, scientists have. Fingernails grow a little over twice as quickly as toenails: an average rate of 3.47 mm/month compared to 1.62 mm/month [1].

Nails evolved from claws about 55 million years ago, and are one of the features that distinguish primates [2]. Analysis of the amino acid sequence of S100 fused-type proteins (SFTPs) in the skin appendages of nail-bearing and claw-bearing animals indicates that nails and claws have a common evolutionary origin; the expression patterns of filaggrin, trichohyalin and cornulin, three SFTPs that are expressed in the cornifying keratinocytes of the epidermis, are the same in mammals and non-mammals [3]. The fossil record includes one plesiadapiform, the oldest-known primate-like mammal, that had evolved a single toenail, while the last common ancestor of the primates had evolved nails on all of its pedal digits except for the second, which retained a “toilet-claw” used in grooming [2,4]. While claws are ideally suited for gripping tree trunks, fingernails allowed early primates to grasp terminal tree branches and modern man to tap on a smart screen [5].

Nails grow continuously throughout life and are composed primarily of keratin, a protein also found in hair, claws, and hooves [6]. This forms a hard nail plate attached to a soft nail bed and is surrounded on three sides by dermal nail folds for stability [3]. As new nail plate cells form from the matrix epithelium at the base of the nail, the older nail cells are pushed forward, harden, and flatten. The overall size and shape of the nail varies, and is largely determined by the shape of the bone of the distal phalanx [6]. Other factors that affect the shape of the nail are health, nutrition, and use. Physicians inspect the nails during the physical exam to look for clubbing, pitting, cyanosis, splinter hemorrhages, psoriasis and other signs because these may reflect systemic disease and aid in diagnosis [7].

But what affects the speed of nail growth? The growth rates of nails and claws vary both between species and within species. For example, badger claws are replaced approximately every four months while the claws of domestic cats are replaced every six to nine months [8]. Age, nutrition, and even season have been cited as major determinants for differences in claw and nail growth, with slower growth in the old, the malnourished, or those in cold climates [8,9]. These factors may account for the variability among different people’s nail growth, but does not explain the difference in a single individual’s fingernail-to-toenail growth ratio. This difference between fingernail and toenail growth is better understood as stemming from a difference in use.

Use, and the trauma to the nail bed that results from use, changes the pattern of nail growth. One study measured the curve index, defined as the ratio of nail height to width, of the nails of carpenters and office workers. Carpenters, whose nails are subject to greater frequency and strength of mechanical forces than office workers, have a lower curve index (flatter nails). To confirm that this difference in growth was due to use and not to a biologic difference inherent between carpenters and office workers, the study also compared the nail curvature of the left and right fingers of jazz bassists, who use their left fifth finger in play but their right fifth finger infrequently. Here too a decreased curve index was observed in the finger subject to greater trauma [10].

Increased forces on a nail bed also likely change the rate of nail growth. The rate of growth on the nails of an individual’s nondominant hand is slower than the rate on the dominant hand, which is subject to more trauma [6]. Similarly, it has been noted that onchycophagia, a habit commonly known as nail biting and observed even in chimpanzees, increases the rate of nail growth [1,11]. Trauma may lead to increased blood and nutrient supply to the affected area, resulting in increased growth.

The evolution of nails from claws is important to the baseline rate of growth, but the difference between fingernail and toenail growth may be equally dependent on nail use and trauma. Either way, paint them, flaunt them, and enjoy that warm weather.

3 comments on “Why Do Toenails Grow More Slowly Than Fingernails?”