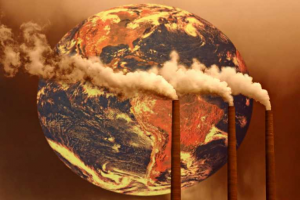 The United States and China, the two largest producers of greenhouse gases, have reached a historic agreement on reducing carbon emissions. President Obama announced that the United States will aim to reduce emissions by 20-25% by the year 2025, while Chinese President Xi Jiping stated that carbon emissions would peak in China by 2030. Back in Washington, it was politics as usual. Senate and House Republicans declared the announcement as evidence of President Obama’s “war on coal.” According to Speaker of the House, John Boehner, a Republican from Ohio: “This announcement is yet another sign that the president intends to double-down on his job-crushing policies no matter how devastating the impact for America’s heartland and the country as a whole.”

In other major news, Dr. Craig Spencer was released from Bellevue Hospital on November 11. Mayor Bill de Blasio declared New York City as once again “Ebola free” and reminded us to turn our attention back to the outbreak in West Africa. On this note, we will begin by reviewing a case series highlighting the clinical care of two patients with Ebola in the United States.

A detailed case series of two patients with Ebola Virus Disease treated at Emory University Hospital was published last week in the New England Journal of Medicine.[1] Both patients were health care volunteers in Liberia who contracted the disease while abroad. The first patient was a 33-year-old man who initially presented with fever and fatigue. He was transferred to the U.S. on day 10 of his illness. His clinical course was complicated by gastrointestinal bleeding, hypovolemia, diarrhea, electrolyte abnormalities and thrombocytopenia. He maintained normal renal function throughout his illness. His care primarily consisted of aggressive volume resuscitation with 2-5 liters per day and correction of electrolyte abnormalities. In addition, he received convalescent blood from a patient who had recovered from Ebola on day 7, and a total of three doses of ZMapp on day 9, 12 and 15. He was discharged from Emory Hospital on hospital day 30, after his symptoms improved and two consecutive plasma specimens were negative for Zaire ebolavirus (EOBV) by PCR testing. The second case was a 59-year-old woman who also experienced gastrointestinal symptoms, bleeding, and hypovolemia, as well as severe anasarca and weakness limiting her ability to walk. She was treated with aggressive fluid and electrolyte replacement and Zmapp on days 10, 13 and 16 of her hospital course. ZMapp is a cocktail of individual monoclonal antibodies against viral antigens that has previously been tested in rhesus macaques. While ZMapp has been associated with a statistically significant improvement in the survival of rhesus macaques affected with Ebola virus, no large-scale human studies exist. [2] The two patients were treated with ZMapp as it received an emergency investigational new drug approval by the Food and Drug Administration. Whether or not Zmapp has mortality benefit cannot be inferred from these isolated cases, but we can certainly learn from the experiences of the clinicians who treated these patients successfully when working with future patients with the EVD.

In other news, let’s turn from this small case series to a large randomized controlled trial in the realm of cardiology. In a study published in Lancet earlier this month, researchers investigated the optimal duration of dual antiplatelet therapy for patients with drug-eluting stents in a multicenter trial France. [3] The study included 1,259 participants who had previously received a drug-eluting stent and who had been maintained on dual antiplatelet therapy for one year. Those who had any ischemic events or new revascularization procedures during this year were excluded. In addition, this study excluded patients with primary percutaneous coronary intervention for an ST-elevation MI. Patients were randomly assigned to continue dual therapy beyond 1 year (the continuation group), or to discontinue clopidogrel or prasugrel and maintain aspirin as a single antiplatelet therapy (the interruption group). The primary endpoint was the composite of death, myocardial infarction, stent thrombosis, stroke or TIA, or urgent revascularization. Other outcomes analyzed included major and minor bleeding events. There was no significant difference in the primary endpoint between the two groups by intention-to-treat analysis. The primary endpoint occurred in 4% of patients after 17 months in both the interruption and the continuation group (HR 1.17, 95% CI 0.68-2.03, P=0.58). However, major or minor bleeds occurred in 2% of the patients in the continuation group and in 1% of the interruption group (HR 0.26, 95% CI 0.07-0.91, p=0.04). The study suggests that in low-risk patients (who had no major events in the first year after receiving a drug-eluting stent), dual antiplatelet therapy beyond 1 year may cause more harm than good. One limitation to this study is that it included only patients considered not to have a “high thrombotic burden” after being monitored for a year post-PCI. Therefore, we cannot extrapolate this data to all of our patients with stents. However, this study still gives strong evidence that patients who are low risk of recurrent thrombotic events should not be continued on dual antiplatelet therapy for drug-eluting stents for longer than 1 year. The optimal duration for high-risk patients remains unknown.

Another major article published in the NEJM focuses on the economics of lung cancer screening, currently a controversial topic in medicine.[4] In 2011, data published from the National Lung Screening Trial suggested that screening for lung cancer in a selected population (people aged 55-74 with at least a 30-pack-year history of smoking) with annual low dose helical CT resulted in a 20% reduction in mortality compared to screening with chest x-ray and no screening at all.5 In the NLST, over 53,000 participants were enrolled between 2002 and 2004 and underwent three annual screenings with either low-dose CT or CXR and were followed through 2009. When compared to no screening, the group who underwent three annual CT chest exams cost an average of an extra $1631 per person (95% CI 1,557 to 1,709) and provided an additional 0.0316 life-years per person (95% CI 0.0154 to 0.0478) and 0.0201 quality-adjusted life-years per person (95% CI .0088 to .0314). This corresponds to $51,000 per life-year gained and $81,000 per quality-adjusted life-year gained. The authors report that screening tests that cost less than $100,000 per quality-adjusted life-year gained are usually considered worth it, or cost effective. Therefore, this cost analysis suggests that lung cancer screening with CT is cost effective when applied to a select group, namely people aged 55-74 with at least a 30 pack-year history of smoking. On the other hand, the costs of CT screening are more than just the exams themselves. For example, such screening may identify benign nodules that may lead to unnecessary workups (such as a biopsy or surgery). Besides the monetary value of these tests, it is important to think about additional harm that these procedures could cause patients, from medical and psychological perspectives. Before ordering this screening test, every provider should counsel patients on the potential benefits and harms.

From infectious disease, to cardiology, to preventative medicine, we will shift gears again to a new study in the field of rheumatology. A recent randomized control trial published online in Annals of Internal Medicine examined the treatment of patients with lupus nephritis.[6] The study included 362 participants with lupus nephritis and compared two different treatment regimens: tacrolimus, mycophenolate mofetil and prednisone combination therapy compared to intravenous cyclophosphamide and prednisone. Patients with biopsy-proven lupus nephritis diagnosed within the previous six months were included in the study. The patients were followed for a total of 24 weeks after induction therapy. The primary endpoint was complete remission of lupus nephritis, which included normal serum creatinine, no major proteinuria, normal serum albumin and absence of active urine sediments. Overall, 83.5% of patients in the multitarget group, who received mycophenolate mofetil and tacrolimus, achieved remission at 24 weeks, compared to 63% of patients in the cyclophosphamide group (20.3% ARR, CI 10.3 to 30.6, p<0.001). The number needed to treat was 5. The two groups had similar adverse event rates, the most common of which were infections and gastrointestinal symptoms. The trial suggests that induction therapy with mycophenolate mofetil and tacrolimus is superior to intravenous cyclophosphamide in the initial treatment of lupus nephritis. However, one major limitation of this study was that the follow up period was only 24 weeks and long-term outcomes were not assessed.

An interesting editorial published in JAMA looked at end-of-life care in the United States, where the majority of health care dollars are spent. Specific topics discussed include the timing of hospice referral and the need for an emphasis on quality of life.[7]

A large cohort study published in The Lancet, examined the clinical utility of the Apgar score in predicting neonatal mortality. The study suggests that the more than 60–year-old Apgar score is still clinically useful. [8]