Mechanisms of Angiotensin Blockade in the Management of Diabetic Nephropathy 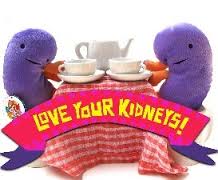 By Miguel A. Saldivar, MD

When a patient with diabetes comes into a clinic or hospital, it is not uncommon to hear the question, “Is he/she on an angiotensin-converting-enzyme (ACE) inhibitor (ACEI) or an angiotensin-receptor blocker (ARB)?” Most clinicians know the mantra: ACEIs are renoprotective in diabetes. Most are aware that clinical studies dating back to the 1990s have indeed shown the protective effects of ACEIs, such as captopril, against renal function deterioration in diabetes [1]. Most are even aware that there are multiple systematic reviews and meta-analyses that have proven not only the renoprotective effects of ACEIs, but also their superiority compared to other antihypertensives [2, 3, 4]. But why is angiotensin blockade renoprotective in the diabetes population? This question is made more pertinent by a systematic review that concluded that there is insufficient evidence to prove that ACEIs provide the same protection for patients with non-diabetic chronic kidney disease [5]. So what is it about angiotensin and the renin-angiotensin system (RAS) that makes ACEIs (and ARBs) effective at protecting the kidneys in the diabetic population?

In order to answer these questions, it is useful to begin by reviewing the pathophysiology of renal dysfunction in diabetes to elucidate the benefits of ACE/angiotensin/RAS blockade. The end result of diabetic nephropathy [6] consists mainly of:

Regarding the first, high serum glucose levels lead to the excessive formation of AGEs. Upon interaction with their receptor (RAGE), multiple pathways are initiated resulting in increased activity of growth factors. This, in turn, leads to abnormal expression of ECM proteins (e.g., multiple types of collagen, fibronectin, laminin, and many others), which causes anomalous polymerization and expansion of the ECM. Of note, excessive TGF-beta1 is believed to be the primary cytokine responsible for ECM pathology because it induces the excessive production and deposition of proteins. Very importantly, AGE-related intracellular events also lead to the formation of ROS, which exacerbate the damage.

The second set of mechanisms—hemodynamic modifications—is closely related to the excessive production of AGEs. AGEs lead to perturbed interactions between the cell and matrix and changes in capillary permeability, all of which lead to vascular abnormalities. Among other cascades, AGEs lead to excessive activation of protein kinase C (PKC), which is believed to cause endothelial dysfunction and, importantly, decreased nitric oxide production. This, in turn, results in the loss of the endothelium’s vasodilatory effect. Multiple other proteins are also involved (e.g., NF-kappa B and PAI-1) and together lead to local tissue inflammatory responses and thrombotic microangiopathy, all of which are further worsened by ROS.

So where do ACE, angiotensin, and RAS come into the picture? These proteins’ actions are numerous and a full explanation of their functions is beyond the scope of this article. But what follows is a brief summary of some of their functions that are directly relevant to the current discussion.

One of ACE’s best-known functions is its role in the degradation of bradykinin. There is growing evidence that bradykinin, among other functions, has two effects: (1) it acts indirectly as a vasodilator by producing signals leading to increased production of nitric oxide, and (2) it enhances insulin sensitivity on skeletal muscle, most notably during conditions of insulin resistance [8]. Increased production of ACE results in decreased levels of bradykinin, leading to a decrease in nitric oxide production as well as a loss of its effect on insulin sensitivity.

Next, there is the obvious role of ACE in the activation of angiotensin I to angiotensin II, which allows angiotensin II to interact with its receptor and ultimately cause vasoconstriction. It turns out that hypertension (or more specifically, increased glomerular capillary pressure) greatly contributes to the acceleration of all the complications described above. Hyperglycemia is believed to sensitize target organs to blood pressure-induced damage, “most likely by activation of [RAS] with local production of angiotensin II in the kidney” [6]. Multiple kidney cells—most importantly, the podocytes—are not only involved in the activation of the local RAS, but also themselves produce angiotensin II and express angiotensin II receptors. Interestingly, mesangial and tubular cells have been shown to increase expression of renin and angiotensinogen during hyperglycemic states. High levels of angiotensin II increase serum and renal accumulation of AGEs, thus perpetuating the process. Furthermore, an increase in capillary pressure results in the stretch and stress of glomerular cells; in vitro studies have shown that repetitive stretch/relaxation cycles among mesangial cells enhace their proliferation, therefore increasing synthesis of ECM and simultaneously decreasing expression of ECM catabolic enzymes.

Finally, there is evidence suggesting that there is a “local” RAS that directly and exclusively affects the pancreas and helps regulate islet perfusion, and can thus lead to reduced insulin secretion [9].

And thus, after reviewing some of the mechanisms involved in diabetic nephropathy, we return to the original question: What is it about angiotensin and RAS blockade that makes it efficient in protecting the kidneys in the diabetes population? The pathways are elegantly intricate and strongly interwoven, but it can be argued that some of the primary effects are as follows:

* Downregulation of blood pressure and therefore a decrease in glomerular capillary pressure, with resultant reduction in glomerular hypertrophy

* Decrease in the production of angiotensin II (or blockage of its receptors in the case of ARBs) in the kidney, with resultant reduction in shear stress and a possible reduction in the serum and renal accumulation of AGEs

* In the case of ACEIs, decrease in the breakdown of bradykinin, which allows bradykinin to continue producing two major effects: increased production of nitric oxide leading to improved blood flow, and increased insulin sensitivity in skeletal muscle

* ACEIs and ARBs have been associated with a decrease in TGF-beta production [6]—though the specifics of this relationship have not yet been elucidated, TGF-beta is believed to be the primary enzyme responsible for ECM abnormalities in diabetic nephropathy and it is therefore reasonable to assume that a reduction in its production is likely to be renoprotective [6]

* Downregulation of the pancreatic “local” RAS, leading to increased perfusion of islet cells and resultant improvement in first-phase insulin secretion [9]

As stated before, the pathways of diabetic nephropathy and ACE/angiotensin/RAS blockade-induced renal protection are intricate. This article addresses only a small portion of what is known, but it is the hope of the author that it covers enough to assist the clinician in having a better-informed discussion with the patient, ultimately leading to better clinical decision-making. It will be interesting to see what future discoveries help further our understanding of these processes.