Beta-blockers in Uncomplicated Hypertension: Is it Time for Retirement? 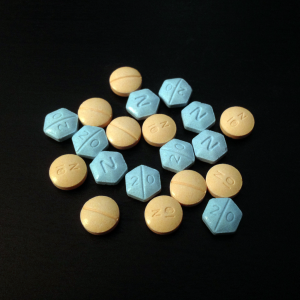 Beta-blockers were one of the first modern medications used for the treatment of blood pressure. Before 1950, treatment options for hypertension were limited. The alphabet soup of medications—reserpine, pentaquine, hydralazine, and guanethidine—were notorious for inducing orthostasis, sedation, constipation, impotence, or blurry vision . Then in the 1960s, propranolol and chlorothiazide were developed. Initially designed to treat angina pectoris, propranolol was serendipitously discovered to also lower blood pressure. Oddly, propranolol, like the other beta-blockers in its generation and thereafter, did not act directly on the blood vessel to lower blood pressure. Instead, its purported mechanism of action was via inhibition of beta-adrenergic receptors, reduction of cardiac output, and decrease in sympathetic outflow (2).

Despite beta-blockers’ odd mechanism of action, they were (and still are) as effective as the earlier anti-hypertensive agents in decreasing blood pressure (3, 4). Beta-blockers became extremely popular once they were found to have many fewer side effects than the older generation of drugs,. Since then, many derivatives and generations of the beta-blocker have come into use and have become the mainstay in the treatment of hypertension. In the subsequent 40 years, beta-blockers battled high blood pressure in the front-lines.

But in 2014, after a 10-year hiatus, the Joint National Committee on Detection, Evaluation, and Treatment of High Blood Pressure (JNC) released its 8th guideline on treating hypertension (5). In these new recommendations, beta-blockers were relegated to second-line treatment, behind thiazide-diuretics, calcium channel blockers (CCB), angiotensin-converting enzyme inhibitors (ACEi), and angiotensin II receptor blockers (ARBs). After being the crux of hypertension treatment for decades, are beta-blockers becoming obsolete?

Several studies from the early 2000s rendered the beta-blocker a less attractive treatment option for hypertension. In 2002, rallying more than 30,000 hypertensive individuals, the Antihypertensive and Lipid-Lowering Treatment to Prevent Heart Attack Trial (ALLHAT) showed that treatment with the thiazide diuretic chlorthalidone decreased the rate of heart failure (HF) significantly more than an ACEi and a CCB . Additionally, African Americans treated with chlorthalidone were less likely to have a stroke . A smaller trial published around the same time, Intervention as a Goal in Hypertension Treatment (INSIGHT), also showed a reduction in HF rates (7). In contrast, these outcomes have not been demonstrated with beta-blockers (3, 5). Thus, ALLHAT and INSIGHT brought thiazide-diuretics to the forefront of hypertension treatment (8).

A second hit befell beta-blockers in 2004, when a meta-analysis published in The Lancet suggested that atenolol did worse than other hypertension medications in reducing the risk of stroke (RR 1.13; 95% CI 1.02 – 1.25) (9). Subsequent studies and larger meta-analyses confirmed this relationship, and exposed propranolol as also having this deficiency (3, 4, 10). Based on the mounting evidence, the JNC-8 guidelines relegated beta-blockers to second-line therapy for high blood pressure (5).

Several theories have been proposed to explain this observed risk of stroke. One theory that is gaining strength is based on the idea of pulse wave dyssynchrony, whereby pressure waves are prematurely reflected back from the periphery by older and stiffer arteries, resulting in increased central systolic pressures (11). Because beta-blockers increase the length of systole, they exacerbate pulse wave dyssynchrony thereby increasing central aortic pressures. Using pressure sensors designed to calculate central pressures from the radial artery (called radial artery applanation tonometry), one study showed that not only did higher central aortic pressures lead to worse cardiovascular outcomes, but that beta-blockers were less capable of lowering central blood pressure when compared to CCBs (12). Atenolol, in particular, could further worsen this dyssynchrony by causing relative peripheral vasoconstriction (13).

Keep in mind, however, that not all beta-blockers are created equal (3). For instance, the newer generation of beta-blockers has shed many of the older agents’ undesirable side effects, including the hyperglycemia and hyperlipidemia of the first and second generations (2). Moreover, beta-blockers like carvedilol and nebivolol appear to decrease peripheral vascular resistance either through alpha-1 blockade or by promoting nitrous oxide (NO) release, respectively, rather than by reducing the cardiac output. These well-publicized mechanisms translated to modest reductions in central aortic pressure when compared to atenolol in small studies (2, 14). Several clinical trials are already underway to study the blood pressure lowering effects of third-generation beta-blockers (15). However, further studies will be needed to examine the long-term effects of the newer beta-blockers and how they influence stroke risk, coronary heart disease outcomes, or overall mortality in uncomplicated hypertension.

Despite all the shortcomings of the beta-blocker, it is not yet time to give up on our old friend. A recent Cochrane Review showed that when compared to placebo, beta-blockers have a modest effect on decreasing the risk of stroke (RR 0.80; 95% CI 0.66 – 0.96 with ARR of 0.5%) (3). Additionally, a meta-analysis in 2007 showed that most of the previously observed stroke risk was confounded by older populations. The authors were able to show that this risk between beta-blockers and other antihypertensive agents was eliminated when the analysis focused on patients under 60 years old (16). Furthermore, most of the analyses on cardiovascular outcomes of beta-blockers were derived from studies using atenolol and propranolol and may not apply to other agents in the family. For instance, the Metoprolol Atherosclerosis Prevention in Hypertensives (MAPHY) study showed that there could be a reduction in stroke and coronary heart disease when using a long-acting beta-blocker, such as metoprolol succinate (17). Finally, newer agents in the class with fewer metabolic side effects may become standard in our armamentarium to treat hypertension in the future. There are reasons why our counterparts up north still recommend beta-blockers as first-line therapy for younger patients and why they are still an appropriate option for treatment, especially in resistant hypertension (18).

Comments on “Beta-blockers in Uncomplicated hypertension: Is It time for Retirement?”

While beta-blocking drugs are no longer recommended as first-line therapy for hypertension in JNC 8, these drugs still have a place in treating hypertension, especially in patients with coronary artery disease, some arrhythmias, CHF, or other indications for beta-blocker therapy. Beta-blockers have only a modest effect on stroke; other classes of drugs used for antihypertensive therapy reduce mortality and cardiovascular disease more than beta-blockers [3]. For these reasons, diuretics, drugs interfering with the renin-angiotensin system, and CCB are preferred for first-line therapy of hypertension. These drugs are also generally better tolerated than beta-blockers. However, in patients whose blood pressure is not adequately controlled with a diuretic, ACE inhibitor or ARB, and CCB, the addition of a beta-blocker may improve blood pressure control. As noted above and in a commentary by Ram, newer vasodilatory beta-blocking drugs such as carvedilol and nebivolol may be more beneficial in treating hypertension than the older beta-blockers, but trial results with these newer agents are not yet available [19].

One comment on “Beta-blockers in Uncomplicated Hypertension: Is it Time for Retirement?”