Myth or Reality: Are Shellfish Allergies Related to Contrast Reactions? 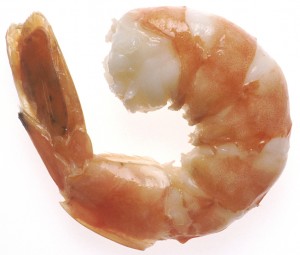 I was recently vacationing on a cruise ship. As anybody who regularly cruises most certainly knows, you make your money back not in the casino, but rather on lobster night—a meal consisting of endless portions of delicious, succulent lobster tail.

A table mate of mine did not order the lobster. When asked why, she shared an interesting tale: After 40 years of eating shellfish as she pleased, she was found to be “allergic to iodine” and was subsequently warned by her physician to avoid all shellfish. As our conversation continued, she reported that in all her many years eating lobster, she never had a reaction. No hives. No itching. No difficulty breathing. No trips to the emergency room. How could she possibly be allergic to something that she had tolerated without problem for 40 years? Moreover, is there any factual basis behind the common recommendation that patients with contrast reactions should avoid shellfish? Conversely, should iodinated contrast agents be avoided in patients with documented seafood allergies? Is there evidence behind this clinical practice, or is it actually just a medical myth?

Although it would be virtually impossible to determine when this myth began, an article by Shehadi from 1975 is commonly cited in the literature [1]. In this retrospective study looking at patients with a history of contrast reaction, 15% had listed a concurrent seafood allergy. The discussion highlights this finding, despite the fact that there were similar rates of allergy to “milk, eggs, or chocolate” (15%), hay fever (10%), or a history of asthma (11%). In fact, people with a history of any allergy were 2.2 times more likely to have a contrast reaction. The fact that shellfish allergy was examined independently suggests that the myth has been around much longer than this study.

Regardless of its origin, the link between shellfish allergy and contrast reaction seems to be a common misconception. An article published in Allergy and Asthma Proceedings in 2005 attempted to determine the prevalence of this belief [2]. They surveyed 75 patients with confirmed seafood allergy and revealed that 65% had either read or been told that they should avoid iodine-containing radiocontrast because of their allergy. If shellfish allergic patients have been instructed to avoid contrast, are physicians to blame for the propagation of this myth?

A study published in the American Journal of Medicine in 2008 surveyed 231 radiologists and interventional cardiologists from academic centers [3]. Disguised in a larger survey regarding screening for patients at increased risk for contrast reactions were 2 questions pertaining to seafood allergy. When asked if they routinely inquire about shellfish allergy prior to contrast administration, 65% of radiologists and 89% of cardiologists responded “yes.” Roughly 50% of cardiologists and 35% of radiologists responded “yes” to the second question, “would you withhold radiocontrast media administration or recommend corticosteroids/antihistamines based on a history of seafood or shellfish allergy?” This suggests that some physicians may withhold therapeutic studies, such as cardiac catheterization, based solely on this misconception.

What is the scientific basis for this false belief? Many believe that since iodine is in both seafood and contrast media, and since many people with the common shellfish allergy had similar reactions after contrast administration, iodine must be the allergen. In fact, many patients, including the one in the anecdote above, use the terminology “iodine allergy” to describe their contrast hypersensitivity. In the survey by Shih-Wen Huang from Asthma and Allergy Proceedings [2], patients were also asked, “Do you think that it is the iodine in the seafood that is responsible for the allergic reaction?” Not surprisingly, 92% of these patients believed that iodine was, in fact, the allergic component of shellfish. Despite the ubiquitous nature of this belief, it is most certainly false. For one, iodine cannot be an allergen since it is found throughout the body within thyroid hormone as well as in various amino acids. Secondly, as described by Leung et al [4], proteins involved with muscle contraction known as tropomysins, are actually responsible for allergic reactions to shellfish, not the iodine component. Furthermore, there is no similarity between the structure of tropomysin and that of radiocontrast media itself to suggest that there could be cross-reactivity between them.

Putting this all together, not only is there no evidence to support the association between shellfish allergy and contrast reaction, but the difference in pathophysiology between the two makes any cross-reactivity exceedingly unlikely. Physicians should not think twice about a contrast-enhanced CT scan in a patient with a shellfish allergy. In fact, even obtaining a history of seafood allergy serves to further propagate the myth among these patients. Lastly, and possibly most importantly, lobster is delicious . Advising people to remove shellfish from their diet without an allergy test to back it up is just plain wrong.

Commentary by: Tania Elliott, MD Division of Allergy and Immunology

The purported link between shellfish allergy and radiocontrast media is indeed mythical. It stems from Shedahi’s 1975 article, which merely demonstrated that the atopic patient population, whether with food allergy, allergic rhinitis, or asthma, is at a slightly higher risk of developing a contrast-mediated reaction than the general population. There is no data to support screening questions for “iodine” or “shellfish allergy” when screening a patient for a contrast study. Pretreatment regimens should be based on a prior history of a contrast-mediated reaction or other high-risk comorbid conditions such as poorly controlled asthma.