The Persistent HIV Crisis: HIV Prevalence Among Black Men Who Have Sex With Men (MSM) 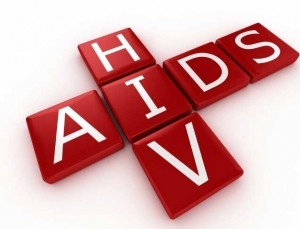 In July 2010, the much-anticipated “National HIV/AIDS Strategy for the United States” was released to the public. In its introduction, the president declared, “Our Nation is at a crossroads…unless we take bold actions, we face a new era of rising infections, greater challenges in serving people living with HIV, and higher health care costs” [1]. Indeed, the incidence of HIV infection in the U.S. has fallen dramatically over the last few decades, from initially 130,000 new infections annually in the 1980s to about 50,000 new infections annually today [2]. This improvement has been a result of remarkable advances in HIV-related therapies and a historical political effort to improve access to care and treatment for people living with HIV/AIDS (PLWHA). However, the Strategy’s warning of “a new era of rising infections” is directly related to the uncontrolled, persistent HIV epidemic among specific groups of Americans, particularly among gay and bisexual men, as well as racial and ethnic minorities.

The HIV epidemic in the U.S. is perhaps most alarming at the nexus between race and sexuality among black men who have sex with men (MSM). At the end of 2010, MSM accounted for over 60% of the 47,500 new infections despite comprising less than 2% of the population [3]. Black or African American MSM were the group most devastated by the illness. Among MSM, African Americans comprised about 39% of HIV diagnoses compared to their white (32%) and Hispanic (23%) counterparts [3]. Young black MSM aged 18-24 have suffered the greatest burden of HIV infection, with about 4,800 of new infections in 2010, doubling the number of young white or Hispanic MSM infected [3]. According to the CDC, the rate of HIV infection actually increased among young black MSM by 20% from 2008 to 2010 [3].

Along the HIV care continuum, the concept designed by Dr. Edward Gardner et al to track the progression of HIV-infected individuals from diagnosis to successful treatment, black MSM suffer worse outcomes as compared to their white counterparts at each juncture [4]. Most recent data shows that overall 77.5% of MSM with HIV are linked to care, while 50.9% are retained in care, 49.5% are prescribed antiretroviral therapy and 42% are virally suppressed [5]. In comparison, 71% of African American MSM with HIV are linked to care, 46.3% are retained in care, 47.1% are on antiretrovirals and 37% are virally suppressed [5]. Thus, as the healthcare system struggles to retain MSM on the HIV care continuum generally, the indicators point to even worse outcomes among black MSM.

In 2011, Oster et al conducted a study in 21 different cities evaluating multiple hypotheses behind the disparity in HIV infection between black and white MSM. They found that black MSM were less likely to know their HIV status or that of their most recent sexual partner, less likely to see a provider within 3 months of diagnosis, and less likely to be on antiretroviral medications [7]. They concluded these statistically significant findings among black MSM may lead to an increased “duration of infectiousness” and what some researchers refer to as a higher “community viral load” [7]. Interestingly, individual risk behaviors, such as number of unprotected anal sex partners, once again did not explain the black-white MSM disparity in HIV infection.

In 2012, Millet et al published a more extensive meta-analysis of 174 studies examining the risk factors associated with HIV-infection in black MSM and replicated the findings of their original study in terms of risk behavior. Black MSM reported less UAI, fewer male partners, more condom use, and less substance abuse than their racial counterparts, and they were more likely to report testing for HIV or ever using pre-exposure prophylaxis [8]. However, black MSM were more likely to have low education, low income, no healthcare insurance, a history of incarceration and current unemployment [8]. Furthermore, they were more likely to have racially concordant sexual partners, more likely to have a history of other STIs, such as syphilis, chlamydia and gonorrhea, which many studies have shown significantly increases risk of HIV transmission, and, as in previous studies, had less antiretroviral adherence and less viral suppression [8-9].

Some variables have been difficult to measure including the effects of stigma and discrimination. However, literature exploring how racism and homophobia affect outcomes for HIV-positive black MSM points to a significant psychological toll. A recent qualitative study showed that HIV-positive black MSM feel stigma and discrimination both outside of MSM and black communities, as well as within them [10]. In the book Structural Intimacies, Dr. Sonja Mackenzie explored the lingering psychological effect of the media’s embrace of the “down-low phenomenon,” the popularized idea that the HIV epidemic in the black community is primarily due to black men who live openly straight lives while engaging in secretive homosexual acts [11]. Dr. Mackenzie writes the down-low discourse “villifies Black male sexual behavior as the cause of HIV’s disproportionate presence among black communities” and “represents a form of indigenous moral panic through which Blacks themselves come to produce and police the deviant and out of control sexuality of a subgroup” [12].

All of these findings have driven an evolution within the paradigm of HIV-related health disparities research and policy from a focus on individual risk behavior to structural and social factors associated with HIV infection among black MSM, as well as their interaction with the healthcare system. As federal, state and local authorities increase their commitment to targeted HIV interventions among black MSM, it will also be incumbent upon all healthcare professionals, especially HIV healthcare professionals, to provide compassionate and comprehensive care to black MSM. Small studies have shown that black MSM, whether HIV-negative or HIV-positive, have experienced stigma and feel mistrust for the medical system, leading to longer absences between visits [13]. A more trusting doctor-patient relationship may lead to higher rates of disclosure of both sexual orientation and HIV status to healthcare professionals, more retention in care, better adherence to antiretroviral therapy and more viral suppression. This will also require more direct education of HIV-healthcare professionals regarding systemic factors behind the disparity between black and white MSM, and an interdisciplinary approach that links black MSM to community resources.

The U.S. will not continue to make progress in rooting out HIV without addressing the epidemic among black MSM, and supporting community-based interventions that directly address the socioeconomic issues that leave this group of men at greater risk for HIV infection. The CDC has supported some community-level interventions that have proven effective. For example, a randomized controlled trial examined the Many Men, Many Voiced (3MV) program, a community-based HIV prevention intervention for black MSM involving peer-led group discussion and training, and showed that participants in the intervention arm had reductions in the total number of UAI episodes with casual partners at the 6-month assessment, greater consistent condom use during intercourse with casual partners across the entire study period, and 33% greater odds of testing for HIV than comparison participants [14].

The disproportionate number of new HIV infections among black MSM presents a major challenge to our healthcare system as we seek ways both to intervene in the lives of black MSM prior to diagnosis and to ensure appropriate care and treatment after diagnosis. As we await even further advances in HIV-related therapies, they will only be successful if accompanied by political will, proven interventions, and a targeted effort to rid America’s most marginalized groups of HIV.

7. Oster AM, Wiegand RE, Sionean C, et al. Understanding disparities in HIV infection between black and white MSM in the United States. AIDS2011;25:1103-12.

8. Millett GA, Peterson JL, Flores SA, et al. Comparisons of disparities and risks of HIV infection in black and other men who have sex with men in Canada, UK, and USA: a meta-analysis. Lancet 2012; 388: 341-8.