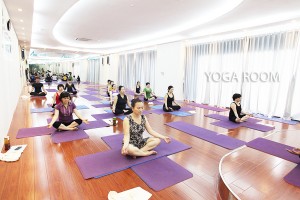 Another week, and the Republican Primary continues to provide significant political intrigue. Donald Trump’s national [1] and primary [2] poll numbers collapse in the wake of a disastrous town hall performance [3], largely based on his continuing inability to define his stances on any major issue. The fight between Clinton and Sanders becomes more heated as both celebrities [4], and the candidates themselves [5] have strong words about their respective campaigns. And, in a turn of events which almost no one could have predicted, a massive leak of information, both about a global bribery scandal [6], and the tax havens of the rich and famous [7], remind us of the growing inequality which these campaigns are attempting to address. At least things stayed fairly sane in the scientific world. On to our Primecuts!

New insulin drugs safe for your heart (we think)

Much attention has been paid to the concern that several glucose lowering drugs may increase the risk of heart failure, with the large-scale SAVOR TIMI 53 trial specifically showing an increased rate of heart failure hospitalizations in patients taking saxagliptin [8, 9]. A new, multicenter observational study demonstrates that these concerns may be allayed for at least the GLP-1 analogues and the DPP-4 inhibitors (incretin-based antidiabetic medications) [10]. The study included a total cohort of about 1.5 million patients from Canada, the US, and the UK. It tracked their use of all non-insulin antidiabetic medications and created cohorts of patients who were either taking or not-taking an incretin-based medication. These patients were subsequently case-controlled based on their admission for heart failure based on ICD coding. Using this methodology, there was no apparent increase in hospitalizations for those in the incretin cohort from those in the non-incretin cohort (hazard ratio 0.82; 95% CI 0.67-1.00). Subgroup analysis of the DDP-4 and GLP-1 compounds also showed no difference in heart failure rates, with hazard ratios of 0.84 (95% CI 0.69-1.02) and 0.95 (95% CI 0.83-1.10), respectively. This was even true when those with a prior history of heart failure were analyzed as a sub-group, with the incretins demonstrating a hazard ratio of 0.86 (95% CI 0.62-1.19). Though these data are promising, there are several limitations. The primary among these is that a pre-disposition for heart failure among incretin medications may be matched by a similar increase in heart failure for patients on thiazolidinediones or sulfonylureas used in the control group, which the authors note. However, the fact that sulfonylureas or thiazolidinediones are regularly used as second line anti-diabetic medications makes this comparison clinical meaningful. Secondarily, relying entirely on ICD codes for diagnosis may limit the clinical applicability of these data as not all heart failure admissions are the same. Broader use of these medications over the coming decades will ultimately reveal their limitations and may highlight risks that have not been described yet.

HFpEF is difficult to treat primarily because the pathophysiology is so poorly understood. Several etiologies have been propose but one fundamental mechanism appears to be a rise in left atrial pressure (LAP) during exertion, which leads to  pulmonary congestion. Hasenfub and colleagues posited that an intracardiac shunt from the left to right atrium may be effective in reducing LAP and thus reducing the symptoms of HFpEF [11]. These clinicians enrolled 68 patients, in which 64 had successful shunts placed, and followed the course of their disease for 6 months. The authors measured response in terms of heart failure symptoms, like subjective exercise tolerance, along with signs such as measure exercise testing, and PCWP as a surrogate for LAP. The patients had a notable decrease in their heart failure symptomology over that time, with the average NYHA class improving from III to II (p < 0.0001). In addition, the patients’ average exercise time increased after 6 months from 7.3 to 8.2 minutes (p = 0.0275). This could be attributed to a decrease in LAP as exercise-related PCWP was shown to be statistically lower over this time period (32 vs 29 mmHg). The major limitations of this study are the sample size, lack of controls, and invasive intervention.  It is difficult to generalize from 64 patients all selected for a clinical trial to the broader population of HFpEF patients who differ in ethnicity and comorbidities from the trial subjects. A lack of a control arm means that it is difficult to determine whether the changes observed here are better, or equivalent to those seen by HFpEF under usual therapy. The assertion by the authors that there is no effective usual therapy serves to mitigate, but not eliminate, this limitation. Finally, though the authors report no device-related or procedural complications, even catheter based cardiac procedures carry risk. A larger RCT, as proposed by the authors in the discussion, would address many of these concerns and presents a fascinating path forward in HFpEF treatment.

Hope on the Yoga Mat for Low Back Pain

Low back pain is another condition with poorly understood pathophysiology which likely conflates a whole host of organic pathologies into a single syndrome. Since each sufferer of low back pain experiences it in a unique way, it has been difficult to recommend universally useful non-pharmocologic methodologies for treatment. A new RCT from Cherkin and colleagues [12] suggests that mindfulness-based stress reduction (MBSR) and cognitive behavioral therapy (CBT) may be effective in treating this condition. This study included 342 low back pain patients between ages 20 and 70, randomly assigned to MBSR vs CBT vs usual care. The usual care group lumped all other pharmacologic and non-pharmocologic (i.e. exercise interventions) into one large group. They were also given $50 with which to pursue any additional treatments they wished. The MBSR program did not focus specifically on back pain, but included instruction in all mindfulness practices. The CBT included education on harmful thoughts or behaviors and instruction on how to go about changing those thoughts. The patients were then evaluated for relief of symptoms by the Pain Bothersomeness Rating, and maintenance/gain of function after 6 months by the Roland Disability Questionnaire. Those who underwent MBSR or CBT showed a significant increase in relief of symptoms by the PSR (43.6%/44.9% vs 26.6% for usual care), and functional status by the RDQ (60.5%/57.7% vs 44.1%). Notably, there was no difference between the MBSR and CBT groups in outcome. Thus, it would appear that MBSR or CBT offer significant improvement over the usual care of exercise and education currently being offered low back pain patients. The primary limitations of this study are considerations over the durability of these findings, and the ability to generalize these findings to all patients. First, given the chronic nature of back pain, it is unclear whether the improvement seen in the 6-month follow-up in this study would persist over the course of the next 6 months, or even several years. The study does not address whether these patients would need to be enrolled in these therapies for the rest of their lives, or if they may need a new course every few years to maintain the benefits. Second, the authors acknowledge that the study participants were well educated and all selected from a single site, making it unclear if poorly educated patients would see similar improvements. Finally, it would be of interest to further analyze these findings to sub-categorize low back pain and determine whether these interventions are of additional benefit within certain sub-categories. It is conceivable, for example, that MBSR is more helpful with paraspinal low back pain vs CBT, or that the opposite might be true in sciatic low back pain. Overall, we should continue to explore non-pharmacologic interventions like these as an important alternative to chronic medication use in low back pain.

It is well understood that antibiotic over-prescription presents an ongoing clinical challenge for physicians. This issue is particularly important in pediatrics where the patient’s inability to describe their own symptoms, and their perceived, vulnerable status, often leads to defensive prescription practices. Childhood obesity is also on the rise leading to the hypothesis that childhood alterations in the gut microbiome may contribute to childhood obesity [13]. Gerber and colleagues performed a retrospective, longitudinal study of over 200,000 children in an attempt to analyze this possible phenomenon [14]. They defined cases as exposure to antibiotics within the first 6 or 24 months of life.  They chose this time period because it best mimics the age in animal models when microbiome alteration leads to obesity. They included any antibiotic exposure (oral, intramuscular, or intravenous), except if oral antibiotics were given for less than 3 days. The authors defined outcome was measured weight in the first 8 years of life. While antibiotic exposure by 6 months showed no significant change in weight (0.7%, 95% CI 0.1-1.5%), exposure within the first 24 months showed a weight gain of 2.1% (95% CI 0.8-3.3%). This amounts to about 150g of excess weight gain or an average total weight gain of ~7.34kg vs 7.19kg over the period studied. While these data are statistically significant for the 24 month exposure group, the authors agree that it does not represent a clinically significant change, and is likely an artifact of the large study population and the high power of the analysis. Interestingly, the authors performed a subgroup analysis of 46 twin sets discordant on antibiotic exposure and found that neither exposure window resulted in weight gain. Antibiotic exposure at 6 months showed an average weight change of -0.09kg (95% CI -0.26-0.08kg), while exposure at 24 months showed an average weight change of -0.11kg (95% CI -0.28-0.05kg). This study appears to demonstrates that antibiotic exposure does not significantly change weight gain over the first 8 years of life. However, the study does not address specific changes to the microbiome, which may still be affected by antibiotic exposure, and may miss effects which arise at different age ranges (adolescence, puberty, adulthood). Given the wealth of publication on this issue, it is likely to be an active area of investigation for some time.

In Other Medical News

In a meta-analysis of symptomatic carotid artery stenosis in elderly patients (age > 70), carotid endarterectomy was shown to be clearly superior to carotid artery stenting. Specifically CAS is associated with a morbidity hazard ratio of 2.09 when compared with CEA (95% CI 1.32-3.32) [15]. This risk was shown to be entirely attributable to the increased rate of stroke and death when compared to CAS.

The management of chronic symptoms related to Lyme disease is a difficult clinical quandary. Unfortunately, a recent RCT provided no clarity, showing that longer antibiotic treatment provided no benefit as measured by an SF-36 physical-component summary score [16].

And finally, another case report adds to the volume of observational data suggesting a correlational link between Zika virus and fetal neuropathology [17]. Interestingly, no microcephaly or calcification was present in this case, with the abnormalities instead being heterogeneous intracranial anatomic abnormalities of the grey/white matter and ventricular spaces. The brain also showed high levels of Zika viral RNA and viral particles, further suggesting a causational link between the virus and teratogenicity.