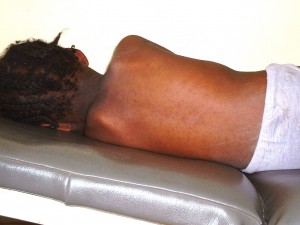 On March 13, 2013, a young traveler returned home from London to our neighboring borough of Brooklyn, NY. Among this individual’s possessions was an active measles infection, one which subsequently led to one of the largest outbreaks of measles in the United States since 1996 [1].  The individual was an intentionally unvaccinated 17-year-old member of the Orthodox Jewish community in Brooklyn.  A total of 58 cases were eventually identified, and all of them were in the Brooklyn Orthodox Jewish community.  Of those cases, one child developed viral pneumonia and two pregnant women required hospitalization, with one ultimately miscarrying [1].

Outbreaks of measles continue to occur throughout the United States, despite the fact that the elimination of the indigenous circulation of the measles virus was declared for the US in 2000 and the rest of the Americas in 2002 [2].  Since then, the US has seen an average of 60 cases of measles per year until 2013, when the incidence nearly tripled to 175 due to 9 major outbreaks, including the one in Brooklyn [3].  Another notable outbreak occurred in an unsuspecting North Carolina community when a traveler returning from India brought back an active infection [4].  Indeed, most of the outbreaks were ultimately traced back to travelers who had been infected in another country [3].  Furthermore, that rapid rise of cases in 2013 was not an outlier; the alarming trend continued into 2014, when 593 cases were reported between January 1 to August 29 of that year, more incident cases than in any year in the past two decades[2].  More recently, in early 2015, there was another large measles outbreak in California and neighboring states which was ultimately traced to visits to one or both of the two Disney theme parks in California during December 17-20, 2014[5]. Ultimately, 125 measles cases were confirmed in US residents connected to this outbreak, the majority of them in California. Among the 110 California residents, 45 were unvaccinated, including 12 infants who were too young to be eligible for vaccination at the time of this outbreak.

Prior to the introduction of the measles vaccine in 1963, measles was common enough to be considered a “rite of passage” for most children [3].  A study published by Langmuir in 1962 reported that >90% of Americans were infected with the measles virus by the age of 15 [6].  While most recovered without serious sequelae, 150,000 developed respiratory complications and 4,000 developed viral encephalitis.  Of all those infected with measles, some 48,000 required hospitalization each year due to serious health compromise[6].  Globally, there were almost 135 million cases of measles and over 6 million measles-related deaths each year before the wide availability of the vaccine [7].

Since measles is one of the most highly communicable vaccine-preventable diseases, it is a very useful and early marker of gaps in vaccination programs worldwide[9].  Outbreaks of measles can occur even in populations in which less than 10% of people are susceptible[10].  This is due to its very high basic reproductive number, Ro, which for measles is 12-18, one of the highest for any infectious disease. The basic reproductive number represents the average number of people one infected person can infect. Also, the ability of a vaccine to prevent sustained spread of an infection in a population is related to Ro. The relationship is defined as the percentage of the population that needs to be vaccinated = 1 – (1/Ro). When Ro is high, e.g. 12-18 for measles, 91-94% of the population must be vaccinated to prevent an outbreak[11]. Interestingly enough, despite its high communicability, measles meets the biologic criteria for eradication, not just elimination from certain parts of the world [2]. Since measles lacks a non-human reservoir, it needs humans to propagate. Furthermore, since there is an effective vaccine and diagnostic testing, we have the capability to completely halt the spread of this disease, but only if adequate measures are taken.

One pivotal factor in the achievement of high vaccination rates in the United States has been the school system. Recognizing the importance of the public health intervention that is childhood vaccinations, all 50 states currently have mandates requiring parents to show documentation of appropriate vaccination prior to acceptance to school or day-care[12]. However, all states except West Virginia, Mississippi, and very recently, California, allow for nonmedical exemptions, which include religious, philosophical, and any other exemptions short of true medical contraindication to obtaining the vaccine[13]. In the last few decades, increasing parental wariness and often scientifically unfounded concerns regarding the risks of childhood vaccinations have prompted various states to enact new nonmedical exemption laws. For instance, Arkansas, which previously only allowed religious exemptions, enacted a new law in 2003 allowing personal belief exemptions so long as the parents provided a notarized document requesting exemption and completed a vaccination education component[13]. The threat these exemptions pose to the integrity of herd immunity is more than just theoretical. In 2006, Omer et al. published a study in JAMA demonstrating that easier granting of exemptions and availability of personal belief exemptions were associated with increased pertussis incidence[12]. However, in light of continued outbreaks of vaccine-preventable diseases such as the aforementioned measles outbreak at the Disney theme parks, the pendulum is starting to swing the other way in some states. In 2015, California joined West Virginia and Mississippi as the third state to eliminate nonmedical exemptions for required vaccinations[14].

Worldwide, from 2000-2013, annual reported measles cases declined by 72%, from 146 for every 1 million people down to 40 for every 1 million people, and annual measles deaths decreased by 75%, from 544,200 to 145,700 [15].  The most morbidity and mortality from measles continues to occur unevenly, striking resource-poor, developing nations in parts of Africa and Asia particularly hard, and measles remains a leading vaccine-preventable cause of death in children younger than 5 years old [7].  Furthermore, a fairly large number of measles cases are documented each year in Europe, including some resource-rich, developed countries in Western Europe such as the UK, Spain, Italy, France, and Germany [16].  According to the World Health Organization (WHO), there have been more than 90,000 cases of measles in the last 3 years alone in Europe. In contrast, Cambodia has celebrated more than a year without a single infection [16].

Currently, the WHO has a goal of a 95% reduction in worldwide measles mortality by 2015 compared to 2000 figures. Also, five of the six WHO regions have set targets to eliminate measles by 2020, but many of them risk falling short [9].  Several efforts are underway to help them achieve these goals, including improving global routine vaccination programs to include 2 doses of the vaccine, ensuring adequate infrastructure to ensure delivery of these vaccines, and campaigns to overcome vaccine hesitancy worldwide[2].  Meanwhile here in the US, measles continues to fade from our collective memories, prompting some parents to question the continued need for measles vaccines for their children. We should remember that measles remains a very real threat, both here and abroad. This highly transmissible and potentially lethal disease is also very preventable.