Are We Too Clean or Too Dirty? The Hygiene Hypothesis in Asthma 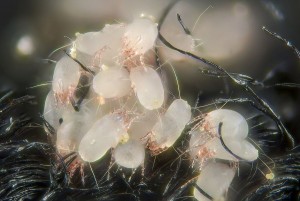 Asthma, an obstructive pulmonary disease characterized by bronchospasm and chronic airway inflammation, has afflicted mankind for millennia. In the 1st century AD, the Greek physician Aretaeus of Cappadocia described an attack thus:

“the cheeks are ruddy, eyes protuberant, as if from strangulation…voice liquid and without resonance…they breathe standing, as if desiring to draw in all the air which they possibly can inhale, and, in their want of air they also open the mouth as if thus to enjoy the more of it…cough incessant and laborious, expectoration small, thin…and if these symptoms increase, they sometimes produce suffocation”1

At the dawn of modern medicine in the 19th century, many physicians believed that asthma had an infectious source; others, like William Osler, believed it to be primarily psychogenic. English physician Henry Hyde Salter, however, was able to deduce the truth in 1860: “the vice in asthma consists, not in the production of any special irritant, but in the irritability of the part being irritated.”2

Successive generations have verified Salter’s statement, finding most asthma to be a form of type 1 hypersensitivity, often accompanied by atopic dermatitis, allergies, eosinophilia, and elevated serum IgE. While some of the myriad genetic and environmental factors that contribute to the development of asthma have been pinpointed, a good deal of mystery remains as to why some people develop asthma while others do not. It is certain, however, that more and more people have been developing the disease. This is why, despite the history described above, asthma is often thought of as an illness of modernity.

Asthma prevalence in the United States increased from 3.5% to 8.2% between 1982 and 2009.3 Many hypotheses have been advanced in attempts to explain this. Some, such as increased awareness of the disease and increased rates and survival of premature birth, explain small parts of the increase.4,5 Others, such as changing rates of breastfeeding and increased outdoor pollution, have been proven incorrect.5 Perhaps the most important and poorly understood, at least from the public viewpoint, is the “hygiene hypothesis.”

The hygiene hypothesis was first advanced in 1989 by David Strachan in the British Medical Journal. It posits that allergic disease has increased in prevalence as the diversity of the human microbiome has been depleted due to antibiotic use, improved sanitation, and other advances in public health.6 Activation of Th1-mediated cellular immunity by certain infections at a young age is thought to suppress the proliferation of allergen-specific Th2 lymphocytes, overactivity of which is the basis of atopic diseases such as asthma.7 Now that many infectious diseases have been eradicated from the human experience, we are more disposed to develop atopic disease, or so the theory goes.

There is a good deal of evidence supporting the hypothesis that modern lifestyles have contributed to the exploding prevalence of atopic diseases. For example, Amish children were shown to have lower rates of asthma, eczema, and sensitization to aeroallergens compared to farm children from the region of Switzerland from which the Amish emigrated, who in turn had significantly lower rates than Swiss non-farm children.8 Matricardi and colleagues found seropositivity for hepatitis A antibodies to be associated with significantly lower rates of allergic disease (it’s unknown whether the hepatitis A vaccine causes protection as well as actual infection).7,9 Having older siblings is also a protective factor, presumably because they expose younger sibling to various illnesses.7 Infants with older siblings were also shown to have significant differences in their gut microbiota as compared to those without, which may contribute to the development of atopic disease.10 Helminth eradication efforts have shown strong associations with increased allergic reactivity. However, studies looking at other microbial exposures have produced contradictory evidence, and it is difficult to establish clear-cut inverse associations between most disease exposures and atopy. Some Latin American countries with a high rate of exposure to various infectious diseases also have high rates of asthma.11 A German longitudinal birth cohort study showed that increased exposure to endotoxin in infancy and increased exposure to muramic acid (a fungal marker) at school age both reduced rates of asthma and other atopic conditions when patients reached school age. However, while personal and household hygiene habits, such as high rates of handwashing and dusting, were associated with lower levels of exposure to these substances, neither personal nor household hygiene practices showed an independent association with asthma rates.12 So, while the hygiene hypothesis has a strong basis in evidence, it is not as simple as its name suggests. Indeed, it has been argued that the term “hygiene hypothesis” has been counterproductive from a public health standpoint.6

The harm that comes from oversimplification of the hygiene hypothesis can be seen in the rhetoric of the anti-vaccine movement. “Anti-vaxxers,” as they’re known, believe that vaccines can cause several noninfectious illnesses that are proliferating in our scrubbed, sterilized, and disinfected world, such as asthma, allergies, and autism (a Google search of those three diseases plus “vaccines” gives some startling results). They also believe that letting children acquire formerly endemic illnesses allows them to develop “natural” immunity, which is stronger and more balanced than the vaccine-derived kind.13 Any evidence that could be misinterpreted as supporting this belief—like the studies mentioned above—is used to bolster their arguments. However, the simplistic idea that cleanliness and vaccination lead to atopic disease is grossly mistaken. While it is true that growing up on a farm and getting hepatitis A or certain parasitic infections during infancy is protective, it is not true—incredible as it may seem—that filth and infection are good for health. If they were, one might surmise that living in the inner city, where people live in close contact and are exposed to relatively high levels of various antigens, would be protective from allergies and asthma. The opposite is the case.

The communities most burdened by allergies and asthma are poor, majority-minority areas of inner cities.14 Prevalence of disease is higher and morbidity and mortality are much higher. Mortality from asthma is seven times higher for black children compared to whites. The reasons for this disparity are thought to include greater exposure to indoor allergens and indoor and outdoor pollutants, as well as poorer access to quality healthcare.14

Children can develop asthma and allergies from being sensitized to many indoor antigens including pets, mice, dust mites, mold, tobacco smoke, nitrogen dioxide, endotoxin, and cockroaches. Most of these are more common in the inner city than in suburbs.15 Among children admitted for asthma at Cincinnati Children’s Hospital, black children were more likely to be sensitized to Alternaria alternata, Aspergillus, cockroach, and dust mites.16 While it is logical that children disproportionately exposed to a given pathogen will have the highest rates of sensitization to it, evidence differs as to whether exposure to these allergens at a young age is protective or a risk factor for the development of asthma. The longitudinal Urban Environment and Childhood Asthma (URECA) cohort study found that while cumulative exposure to allergens predicted atopy, home exposure to cockroach, mouse, and cat allergens during the first year of life was associated with additive protection from the development of recurrent wheeze at age 3.17 This suggests there may be a critical period in which exposure to allergens is protective. In addition, they found the presence of cockroaches and mice to be associated with certain bacterial populations which may have had a protective effect, suggesting an influence by these household pests on the microbiota of inner city children. Simons and colleagues, who did not focus on the first year of life, found that exposure to cockroaches at home is associated with a risk ratio of 1.96 for the development of asthma.18 In another study, pregnant Dominican and African-American women in New York City wore air samplers that measured a variety of allergens. It turned out that the presence of cockroach antigen, measured prenatally, predicted allergic sensitization of the child at ages 5-7.19 So, while the URECA study suggests that the hygiene hypothesis may hold true in the inner city, other research suggests that inner city residents are suffering from allergic diseases not because the hygiene of their environment has improved, but possibly because the opposite is true.

What can be done about this? Just getting rid of the cockroaches doesn’t help, as most patients are sensitized to a variety of antigens.20 The Inner-City Asthma Study investigated whether addressing all of the indoor allergens at once could improve outcomes for poor children with moderate-to-severe asthma and positive allergy skin testing. The intervention group received a median of five home visits during which the child’s caregiver was educated about reducing allergen exposure and provided with hypoallergenic bed sheets, a vacuum cleaner equipped with a high-efficiency particulate (HEPA) filter, a HEPA air purifier (in most cases), and professional pest control if the child was sensitized to cockroach. The intervention group experienced substantial reductions in asthmatic symptoms relative to the control group, beginning two months into the study and persisting for the entirety of its two-year duration. There was one fewer unscheduled visit for asthma for every 2.85 children treated. The effects of this intervention were comparable to those seen in previous trials of inhaled corticosteroids, and the cost of the intervention, $750-1000 per year, was similar to that of steroids. Therefore, reduction of indoor allergen exposure is a relatively cost-effective method of reducing the burden of asthma in the inner city.21 However, these are measures taken after asthma and allergies have developed, rather than during the critical period during which the URECA study suggested allergen exposure may actually be beneficial.

The Inner-City Asthma Study (and countless others) showed that improved hygiene can alleviate asthma and allergies once they have developed. These results may contradict some popular misconceptions regarding the hygiene hypothesis: namely, that hygiene causes allergies. The truth seems to be that depletion of the human microbiome, coupled with increased exposure to the indoor antigens described above, has resulted in increased prevalence of allergic diseases (and autoimmune diseases), and that these effects may occur during a critical period during the first year of life. Luckily, research in this field is also starting to suggest solutions, namely biome restitution. One proposal has been to purposefully dose humans with bovine or rat tapeworms, as these helminthic guests cause few side effects and have been shown to reduce rates of allergy and asthma.22 It remains to be seen whether this will catch on, but other biome restitution treatments, such as probiotics for ulcerative colitis, have shown great experimental promise and are much more palatable for patients. Mouse studies published by Fujimora and colleagues have shown that supplementation with Lactobacillus johnsonii alters the microbiome in ways that may be protective from asthma.23

In the end, increased prevalence of allergies and asthma cannot be attributed simply to our cleaner, vaccinated society. Rather, the elimination of specific diseases and the proliferation of various indoor antigens have produced a more pro-atopic environment, although the precise ways that these pathogens, antigens, and the microbiome interact in order to promote or prevent atopic disease has proven difficult to parse out.24 Hopefully, future research will allow us to manipulate the anti-atopic effects of certain microbes so that we can get “dirty” in just the right ways to prevent allergic diseases.