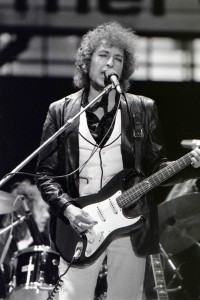 With less than a month to Election Day, we learned this week what Donald Trump deems appropriate “locker room talk” about women, while several women came forward to accuse him of inappropriately touching them. Hillary Clinton continues to deal with email leaks, including thousands published on WikiLeaks that were hacked from her campaign manager’s inbox. Other notable events range from the death of the King of Thailand to Bob Dylan becoming the first songwriter to ever win the Nobel Prize in Literature.

This was also an important week in the journals with studies looking at quality of life after prostate cancer treatment, breast cancer overdiagnosis, supplement use among Americans, and post-stroke infection, among others.

How do the different treatment options for prostate cancer affect function and quality of life?

As covered previously in Primecuts on 9/19/2016, a New England Journal of Medicine (NEJM) study by Hamdy et al2 looked at 10-year outcomes after monitoring, surgery, or radiotherapy for localized prostate cancer. Although they found reduced disease progression and metastases for surgery and radiotherapy vs. monitoring, there was no significant difference in 10-year mortality among the three options.

Building on this study, another NEJM study by Donovan et al3 looked at patient-reported function and quality of life after treatment. Patients diagnosed with localized prostate cancer completed questionnaires before diagnosis, 6-12 months after randomization, and then annually that assessed function (urinary, bowel, and sexual) and effects on quality of life. Surgery had the greatest negative effect on urinary and sexual function at all time points (P<0.001), while radiotherapy had worse scores for bowel function at 6 months and more bloody stools from 2 years onward (P<0.001). Effects on quality of life mirrored the patient-reported changes in function.

Does mammography screening result in overdiagnosis of breast cancer?

From prostate cancer we now transition to breast cancer screening. Breast cancer is the most common type of cancer and the leading cause of cancer-related deaths in women.1 As in prostate cancer, breast cancer screening can lead to overdiagnosis (i.e., cancer detected on screening that would not cause symptoms or lead to increased mortality). In turn, overdiagnosis can lead to invasive tests and unnecessary treatment, each with their own risks and long-term effects.

While the authors discuss the limitations of the study including their assumptions about underlying disease burden that cannot be verified, it does add to the existing literature6,7 that points towards a real problem of overdiagnosis of breast cancer secondary to mammography screening.

How many Americans use supplements?

Dietary supplements comprise various products ranging from vitamins, minerals, and botanicals to probiotics, protein powders, and fish oils.8 Numerous studies over the past two decades have failed to show a health benefit in association with supplements, some even demonstrating adverse effects. Thus it is clinically important to understand how many of our patients continue to use supplements.9

In a study published in JAMA this week, Kantor et al10 analyzed data from the National Health and Nutrition Examination Survey, a cross-sectional survey on 37,958 noninstitutionalized civilians living in the United States, in seven 2-year cycles (1999-2000 through 2011-2012). Overall supplement usage remained unchanged during the study period, with 52% reporting use in both the first and last cycle (difference 0.0%; 95% confidence interval [CI] −3.6% to 3.6%).

The study demonstrates that more than half of American adults continue to use nutritional supplements and their use remained stable between 1999-2012, while multivitamin use decreased slightly during the same period. Usage by our patients persists despite the evidence in randomized clinical trials that supplements and multivitamins provide no clear health benefit and that they may even result in adverse effects. This study serves as a good reminder to ensure that we are asking our patients about vitamin and supplement usage and counseling them appropriately.

Is post-stroke infection caused by translocation of gut bacteria?

Stroke is a leading cause of morbidity and mortality and the major cause of death after stroke is infection, most commonly bacterial pneumonia. Despite the potential contribution of micro-aspiration in post-stroke pneumonia, Stanley et al in a Nature Medicine study11 found that the majority of the microorganisms detected in the patients who developed post-stroke infections comprised normal gut flora. Specifically, they found that in post-stroke patients with positive cultures (blood, urine, or sputum), more than 70% contained normal gut flora (Enterococcus spp., Escherichia coli and Morganella morganii). Using post-stroke mice, the authors demonstrated that post-stroke infection originated within the host endogenously rather than acquired from the environment exogenously and that the small intestine was the source of the bacteria forming the microbial community in the lungs of post-stroke mice. Finally, the authors also showed that stroke-induced gut barrier permeability and dysfunction preceded the dissemination of orally inoculated bacteria to peripheral tissues.

In conclusion, the authors demonstrate that stroke induces the activation of the sympathetic nervous system and triggers a series of events that increase gut permeability and impair host antibacterial and intestinal barriers to promote the translocation and dissemination of normal gut flora. Given current therapies do not address bacterial infection as a key modifiable issue in patients who have had a stroke, the identification of this novel mechanism for post-stroke infection may foster development of targeted therapies for stroke patients.

A study published in the Lancet by Aldridge et al12 found that migrants to the UK from countries at high risk of tuberculosis (TB) and who were pre-screened for TB pose a negligible risk of transmission, despite being at increased risk of developing TB themselves. This increased risk of developing TB could potentially be prevented through treatment of those identified by the pre-entry screening program as having latent infection, which would continue the downward trend of TB incidence in the UK.

A systemic review and meta-analysis in the Annals of Internal Medicine by Bloomfield et al13 found that a Mediterranean diet with unrestricted fat intake may reduce incidence of cardiovascular events, breast cancer, and type 2 diabetes, however, it does not affect all-cause mortality relative to other diets.