Gamechanger? Is Spironolactone the Magic Bullet for Resistant Hypertension? 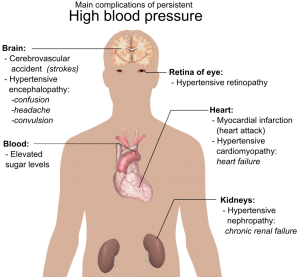 Welcome to Gamechangers, a series that takes a critical look at the latest in medical literature to answer one important question: would the results of this article change my practice? Featuring thorough evidence-based review as well as expert commentary, our aim is for this series to help you decide if the results of a given study are, in fact, a gamechanger.

A 65 year-old Hispanic male with type 2 diabetes, hypertension, hyperlipidemia, and erectile dysfunction presents to clinic for follow-up and is found to be hypertensive to a systolic blood pressure (SBP) in the 160s on a regimen of amlodipine 10 mg daily, lisinopril 40 mg daily, and hydrochlorothiazide 25 mg daily. The patient is already on maximum doses of a calcium channel blocker (CCB), angiotensin-converting enzyme inhibitor (ACEi), and a thiazide-like diuretic, and he refuses any beta blocker as he fears it will worsen his erectile dysfunction. What are your options for additional anti-hypertensives, and would you consider spironolactone?

Why Does This Matter?

Resistant hypertension (rHTN), defined as suboptimal blood pressure control despite treatment with at least three anti-hypertensives including a thiazide or thiazide-like diuretic, is associated with a poor prognosis and poses a unique challenge to physicians. It is estimated that at least one in 10 patients with hypertension are drug-resistant, which amounts to approximately 100 million patients worldwide [1]. The PATHWAY-2 trial is a recent, potentially groundbreaking study that evaluated the use of spironolactone versus placebo and other anti-hypertensives to determine whether it is an optimal, effective treatment for rHTN. The underlying pathophysiology of rHTN is poorly understood, but is hypothesized to be a result of sodium retention. Therefore, the authors of the PATHYWAY-2 trial predicted that spironolactone, which achieves its diuretic action through blockage of mineralocorticoid receptors and thus inhibits a critical mechanism of sodium retention, would be most likely to benefit patients with rHTN [2]. The PATHWAY-2 trial compared spironolactone with other fourth-line agents that target different mechanisms to produce its anti-hypertensive effect, specifically doxazosin, an alpha-1-blocker that reduces peripheral vascular resistance, and bisoprolol, a beta-1-blocker that reduces cardiac output and inhibits renin release. The trial also sought to determine whether patients with low plasma renin, a surrogate marker for sodium retention, were more effectively treated with spironolactone. Such a finding would support the hypothesis that sodium retention is the key mechanism driving rHTN, as well as help to personalize treatment by using a patient’s plasma renin level to predict whether he or she will respond to spironolactone or an alternate agent.

The PATHWAY-2 trial was a double-blinded, placebo-controlled, crossover study and was remarkably well designed. Study participants were between ages 18-79, had an SBP reading in clinic of greater than 140 (or 135 in diabetics), home readings with an average SBP > 130, and had to have been treated for at least 3 months with maximum tolerated doses of 3 classes of medications – CCB, ACEi (or angiotensin II receptor blocker), and diuretic – to be classified as having resistant hypertension. Participants were started with 1 month of ‘run-in’ with placebo in addition to their pre-trial regimen of a CCB, ACEi, and diuretic. They were then treated for four 12-week treatment cycles with spironolactone 25 to 50 mg, doxazosin 4 to 8 mg, bisoprolol 5 to 10 mg, or placebo, each participant thus eventually receiving all four treatments separately within a 12-month period. Doses were uptitrated as tolerated at the halfway mark within each 12-week treatment cycle. Importantly, there was no washout period between each of the four treatment cycles.

The study featured three primary measurements – home SBP, clinic SBP, and baseline plasma renin levels. The method that the investigators used to measure blood pressure is a distinctive feature of this trial. In most studies, only clinic SBP readings were used, raising the issue of white coat hypertension as a possible confounder. This effect was demonstrated even in the baseline SBP readings in this study, as clinic SBP was 10 mm Hg higher than home SBP (157 versus 147 mm Hg).  During the study period, investigators had participants check their blood pressure multiple times daily for four consecutive days before one of the scheduled study visits, and the average of these home BP measurements was recorded. Particular attention was given to standardizing the automated home BP monitor participants used, and nurse specialists instructed patients in appropriate self-measurement technique at each follow-up visit. Clinic SBP was calculated as the mean of two SBP readings during each of the nine follow-up clinic visits. The primary endpoints were the difference in home SBP between spironolactone and placebo, as well as the difference in SBP between spironolactone and the average SBP of both bisoprolol and doxazosin.

What were the study results?

The results of PATHWAY-2 were striking. Among the three agents tested, spironolactone produced the largest decrease in average home SBP (12.8 mm Hg) from baseline, significantly greater in magnitude than the decrease in the placebo group (4.1 mm Hg).  Meanwhile, doxazosin (8.7 mm Hg) and bisoprolol (8.3 mm Hg) treatment yielded a comparatively modest decrease.  In addition, average home SBP was significantly lower (3.86 mm Hg) in participants on high dose (50 mg) spironolactone treatment when compared to those on a lower dose (25 mg), whereas the high versus low dose differentials for doxazosin and bisoprolol were 0.88 and 1.49 mm Hg, respectively. These results indicate that spironolactone had the largest dose-response effect.  Overall, roughly 60% of patients on spironolactone achieved a target SBP < 135 mmHg, while just 42% of patients on doxazosin and 43% on bisoprolol met this treatment goal.  Furthermore, the authors observed that lower baseline plasma renin (and thus higher presumed sodium retention) strongly correlated with a larger magnitude decrease in SBP in patients on spironolactone, thus supporting the hypothesis that spironolactone therapy will be most effective in patients with low plasma renin levels.  Finally, adverse effects were uncommon: treatment discontinuation due to acute kidney injury, hyperkalemia, or gynecomastia was not increased in the spironolactone treatment group when compared to other treatments and placebo.

What were the flaws of the study?

There are several key limitations to PATHWAY-2 and unanswered questions regarding its generalizability. It is unclear if there was a carryover effect from each drug since there was no washout period in between each class of agent. The authors argue against this potential caveat by observing that there were identical differences between all agents when only the first cycle of treatment was compared in a parallel group fashion, thus indicating that spironolactone was immediately effective in the first cycle before any carryover effect from bisoprolol or doxazosin could take effect and distort interpretation of the data. Additionally, while there were minimal side effects observed during this study, spironolactone was only evaluated for 12 weeks. The most common and feared side effects of spironolactone, particularly gynecomastia and hyperkalemia, may increase in incidence the longer the patient is on therapy. Gynecomastia has been shown to be exposure-dependent, so this may be a prohibitive side effect for some patients. Finally, bisoprolol and doxazosin are not as commonly used in the US compared to labetalol, carvedilol, or terazosin, so it remains to be seen if those agents would compare favorably to spironolactone.

Overall, PATHWAY-2 is a well-designed study with several strengths. It distinguishes itself from other hypertension trials by including home SBP readings, thus excluding any white coat hypertension effect. It is also the first study comparing multiple fourth-line agents head-to-head, demonstrating that while doxazosin and bisoprolol are more effective than placebo, they are not as effective as spironolactone. These findings altogether suggest a hierarchy for fourth-line treatment options for rHTN: spironolactone, followed by doxazosin or bisoprolol. This study also showed that spironolactone exhibited the greatest dose-response effect of the three agents,, suggesting that there is untapped potential for even better BP control with higher spironolactone doses (eg 100 mg). Lastly, by demonstrating an inverse relationship between plasma renin level and magnitude of SBP decrease on spironolactone, the authors provide support for the hypothesis that sodium retention underlies rHTN pathogenesis. It remains to be seen, however, whether the exposure-dependent side effects of spironolactone will make this a less attractive therapeutic option for patients. Furthermore, many patients with sustained, uncontrolled rHTN are ethnic minorities and have already developed end organ damage as a result, particularly chronic kidney disease (CKD). Since the patients in this trial were mostly Caucasian males with normal GFR, it is unclear if African-American or Hispanic patients would see a similar benefit, or whether those with CKD would safely tolerate spironolactone given the increased risk of hyperkalemia in this patient population. Regardless, we at Clinical Correlations believe that the PATHWAY-2 trial is a gamechanger that offers physicians another effective agent to add to their arsenal in the treatment of rHTN.

Is this study a game changer?

We asked 2 experts in the field – Dr. Matthew Weiss, Preventative Cardiology Fellow, and Dr. Stephen Williams, Hypertension Specialist at the Bellevue Hypertension Clinic, for their opinion:

rHTN, defined as failure to achieve a BP goal of <140/90mmHg despite adherence to maximum tolerated doses of three appropriate antihypertensive drugs including a diuretic, is an increasingly common problem. Analysis of subjects enrolled in ALLHAT, as well as NHANES epidemiologic data, suggest that roughly 25% of hypertensive patients have rHTN. Notably, rHTN is frequently associated with obesity, diabetes, and CKD. Furthermore, obstructive sleep apnea is an increasingly recognized contributor to rHTN, seen in up to 80% of rHTN patients in some studies. While rHTN prevalence increases with age, African-Americans and women are at particularly higher risk for rHTN at any age.

The PATHWAY-2 study is a key trial in treatment of rHTN. Positing sodium retention as a key pathophysiologic driver of rHTN, the PATHWAY-2 trial, part of a larger series of British Heart Foundation BP trials, hypothesized that a diuretic, namely spironolactone, would show increased efficacy in BP reduction in rHTN subjects as compared with either a beta blocker or an alpha blocker. Additionally, a secondary hypothesis was that the superiority of spironolactone could be predicted a priori by measuring baseline plasma renin levels. Both of these hypotheses proved true. While all agents reduced BP, spironolactone reduced BP most dramatically: nearly 9 mmHg compared to placebo and roughly 4 mmHg more than either of the other two agents. Indeed, spironolactone was the most efficacious BP-lowering agent in 60% of patients enrolled. Remarkably, secondary endpoint analysis showed that those who responded most dramatically were those with the lowest baseline plasma renin levels, as would be expected mechanistically in sodium avid rHTN patients. Lastly, in this short-term study, side effects were negligible, a metric that is likely to have changed if the trial had been longer.

PATHWAY-2 is the first randomized controlled trial to compare spironolactone with other BP-lowering agents in an rHTN population and the first trial to use home BP monitoring rather than clinic BPs as a primary endpoint. This latter point is of key importance in an rHTN population who are often mislabeled as such because of in-office diagnostic confounding such as white coat hypertension. The PATHWAY-2 study should change the general notion that rHTN patients are difficult to treat (nearly 70% were successfully treated here) and provide guidance in selecting spironolactone as the most efficacious standard fourth-line antihypertensive agent among patients with rHTN.

Based on the results of the PATHWAY-2 trial, you decide to add spironolactone 25mg daily to his current regimen. You schedule a follow-up BP check 2 weeks later along with labs to check for hyperkalemia. At the follow-up BP check, your patient’s blood pressure is 132/70 and his potassium is normal. You plan to assess him regularly for the development of gynecomastia and hyperkalemia, but are thrilled that you have finally achieved optimal blood pressure control in your patient – as is he!