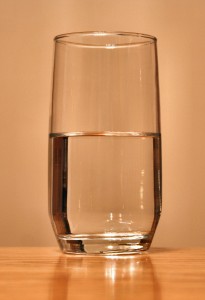 Present Day – The patient is a 61 year-old male who presents with a one-week history of jaundice and intense pruritus. He has a medical history significant for hepatitis C virus (HCV) infection (genotype 1a) diagnosed 15 years ago, which was never treated. Three years prior, the patient was also diagnosed with hepatocellular carcinoma (HCC) and underwent transcatheter arterial chemoembolization (TACE) but was subsequently lost to follow-up. He has no documented evidence of cirrhosis. On this admission his total bilirubin is 27 mg/dL (direct bilirubin 24 mg/dL). An abdominal MRI reveals a mass nearly completely occluding the common hepatic duct and believed to be HCC, along with multiple new intrahepatic lesions not seen on an MRI performed three years prior. Internal-external biliary drainage catheters are placed in both the left and right hepatic ducts to reduce his serum bilirubin and relieve his symptoms. He is given 3-6 months to live.

The year 2022 – The patient is a 61 year-old male who presents with jaundice and intense pruritus. He has a medical history significant for HCC now complicated by a mass obstructing the common hepatic duct. He undergoes biliary drainage catheter placement and receives a three-month treatment course of Opdivo (nivolumab). This antibody-based therapy unleashes his own immune system¾specifically T cells that recognize the tumor as a foreign entity¾to attack and eliminate the tumor cells [1]. His jaundice and pruritus improve substantially and his total bilirubin drops to 2. A follow-up MRI three months post-treatment shows significant regression of his HCC lesions. He is given 3-6 years to live.

The year 2029 – The patient is a 46 year-old male who recently contracted HCV (genotype 1a). He receives a 12-week course of ledipasvir-sofosbuvir, combination antiviral therapy for HCV [2,3]. This medication, previously under patent as Harvoni, had until now been cost-prohibitive in such patients, as most medical insurance plans only covered treatment for patients with evidence of advanced fibrosis or cirrhosis. The generic form is now covered by insurance for all HCV-positive patients with genotype 1a or 1b virus. At his annual screening three years post-treatment, he remains without detectable serum HCV RNA.

The year 2034 – The patient is a 58 year-old male with HCV diagnosed 15 years ago. He received treatment with ledipasvir-sofosbuvir 4 years ago but is one of the few cases in which drug resistance developed. He currently reports no symptoms and has mildly elevated AST and ALT. Routine screening by ultrasound shows no evidence of intrahepatic lesions, but additional testing identifies HCC cells in the blood [4]. Abdominal MRI confirms the presence of a 0.5 cm mass in the right posterior hepatic lobe. Genomic and proteomic profiling of the tumor cells found in the blood identifies aberrant activation of the b-catenin and mTOR oncogenic signaling pathways. He receives multi-agent chemotherapy tailored toward inhibition of these pathways [5]. A repeat MRI six months later shows no lesions. His 5-year prognosis is excellent (>90% survival rate).

The year 2041 – The patient is a 6 month-old boy presenting for a well-child visit. At this visit he receives vaccines for polio, hepatitis B virus (HBV) and HCV. The new HCV vaccine represents one of the few viral vaccines specifically designed to generate antiviral T cells rather than antiviral antibodies. This vaccine utilizes replication-deficient adenoviruses that carry multiple epitopes from conserved regions of HCV surface proteins and from all known HCV serotypes, thus offering broad-based coverage of HCV infection with >98% efficacy [6].

The year 2052 – The patient is a 61 year-old male presenting with jaundice and intense pruritus. He has a medical history significant for HCC secondary to non-alcoholic fatty liver disease (NAFLD), now the most common cause of HCC worldwide. His Model for End-stage Liver Disease (MELD) score is 21, an indication for liver transplantation. He submits a urine sample, and renal epithelial cells within the urine are pooled. These cells then undergo treatment in vitro with a cocktail of proteins that reprograms them into induced pluripotent stem cells (iPSCs), after which they receive a separate cocktail that stimulates their growth and differentiation into a fully functional bio-artificial liver [7, 8]. Three months after submitting the urine sample, the patient receives a liver transplant generated from his own kidney. He requires one month of immunosuppression and anti-inflammatory therapy, after which he can permanently discontinue these medications. His 5-year prognosis is excellent (>90% symptom-free survival).

The year 2071- The patient is a 46 year-old male with a significant medical history of NAFLD who presents for biennial HCC screening. He swallows a liquid containing a fluorescent biomarker that, when absorbed into the bloodstream, eventually enters dysplastic and neoplastic hepatocytes, but does not enter normal hepatocytes. He then undergoes non-invasive abdominal three-photon imaging, which has a threshold of detection as low as 3 tumor cells. This imaging reveals an aggregation of 15-20 fluorescent hepatocytes within the right posterior hepatic lobe. The patient then receives an injection of a second compound that undergoes a chemical reaction with the fluorescent biomarker and induces tumor cell apoptosis. Repeat imaging two months later shows no evidence of fluorescent hepatocytes.