Before you read the answer, please review the original Mystery Quiz posted 11/9/17

The major differential diagnosis in this case is between lung abscess and cavitary carcinoma. Two details in the case sway us towards the latter diagnosis.  First, the patient was edentulous.  Anaerobes occupy the gingival crypts between teeth and are the foremost pathogens accounting for lung abscess due to aspiration.  The absence of teeth makes this pathogenesis less likely and raises the probability of another process.  Second, one would expect over a period of several weeks of antimicrobial therapy, with anaerobic coverage, a decrease in the size of the lesion.  Additionally, patients with lung abscess often have foul, putrid smelling sputum.  The characteristic presentation of this disease is subacute and indolent, spanning several weeks, often accompanied by possible night sweats, low grade fever if any, weight loss, and anemia given the prolonged course prior to presentation.  Our patient did not have any of these clinical findings.  Other entries in the differential diagnoses are possible but statistically much less common than lung abscess or cavitary carcinoma. An abscess due to a gram negative organism or due to Staph aureus may present with a more septic-appearing, acutely ill patient.  Also, the absence of any obvious immunosuppression makes some of the entries even less likely. Septic emboli usually manifests with multiple lesions.

The patient’s cavitary lesion was sampled by transthoracic needle aspiration and revealed adenocarcinoma. Although squamous cell carcinoma of the lung is more likely to cavitate (and would be your answer on a board question), adenocarcinoma may cavitate as well.  The patient also demonstrated both hilar and subcarinal lymphadenopathy (Image 6). The subcarinal node was sampled and also revealed adenocarcinoma which precluded surgical resection of the tumor.  Ten months after his initial presentation with progressive disease despite chemotherapy, the patient developed pneumonia and died from respiratory failure. 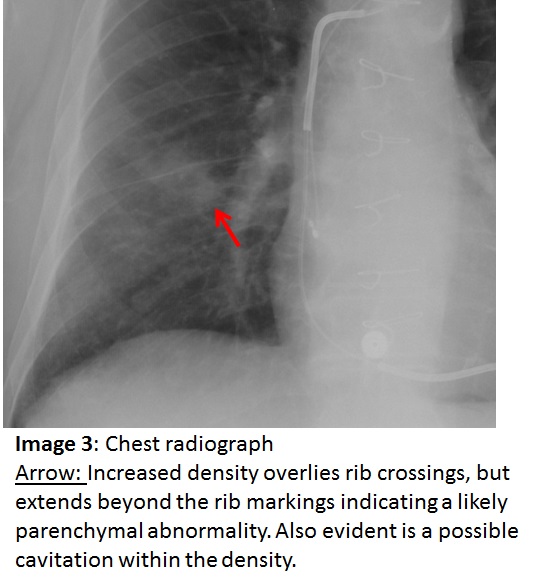 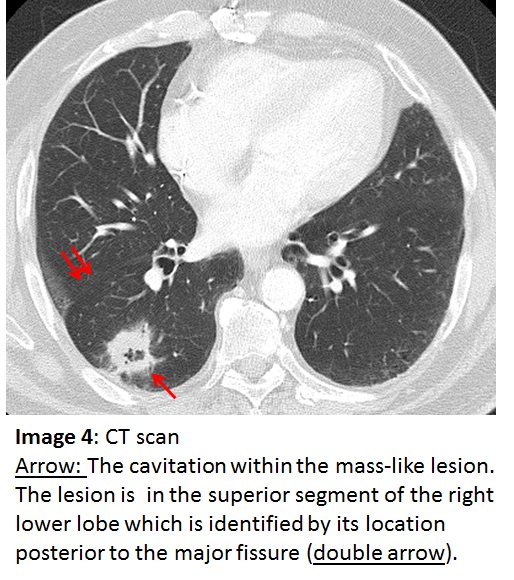 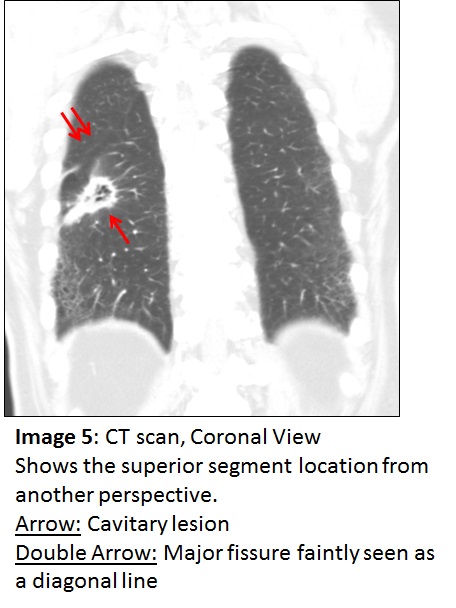