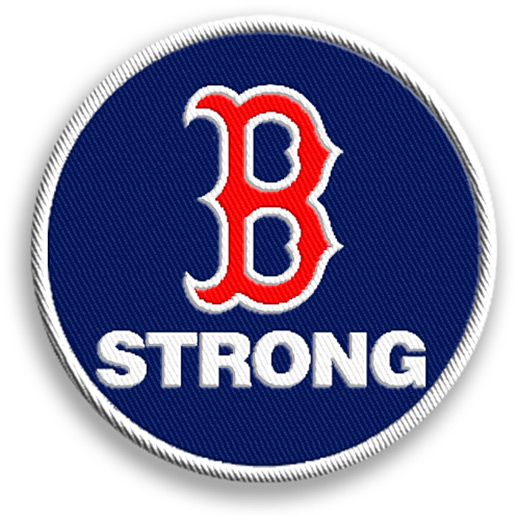 Mr. Williams came to us as so many patients do.

“I just fell down,” he repeated, grumpily, his snaggletooth resting on his cracked, pursed lips.

Our team of eight white coats had descended upon him with rapid fire CIWA questions during morning rounds—the Emergency Department’s workup suggested his fall was secondary to intoxication—but he wasn’t giving up a single hit.

“Have you been feeling sweaty at all today?”

“That’s no one’s business but my own.”

“Do you have a headache right now?”

“I will if I keep listening to this foolishness.”

“Would you say you feel more agitated than usual?”
“Only when people like you keep asking me questions.”

We were, admittedly, anchored with bias from the ED’s diagnostic suggestion. His blood work only further confirmed the picture of a chronic alcoholic in withdrawal: low blood sugar, nearly undetectable B12 levels, and a touch of metabolic acidosis.

Given Mr. Williams’ resistance to our questions, we moved on to a focused physical exam. As he raised his outstretched arms, following our directions with a grumble of reluctance, I watched his hands tremble uncontrollably. With my stethoscope to his chest, and my fingers to his wrist, I struggled to time his racing heart. As we examined his parched oral mucosa, I saw his extended tongue twitching ever so subtly. All signs suggested that Mr. Williams was in alcohol withdrawal, but he was doing everything in his power to deny it to our team.

“Do you ever drink alcohol, sir?” my resident finally inquired.

Our patient cracked a smile for the first time in our interview, and as his lips parted, his upper incisor emerged as a solitary island of tooth in a sea of gum. “I only drink when the Yankees win a home game,” he responded, smugly.

“So when was the last time you drank, sir?”

“When’s the last time the Yankee’s won a home game?”

As my team carried on efforts to extract meaningful data from the lockbox sitting before us, my mind wandered to his question; I quietly pulled out my phone and checked the baseball schedule. Two weeks ago was the last home game the Yankees won. Given his compelling symptoms, his drinking habits were likely a bit more frequent than just home games. But if he did indeed drink at least every home game, our team had only two days until his next potential binge— Yankees v. Red Sox—to try and make an impact.

I snapped back to attention as Mr. Williams lashed out at our team, outraged at a question about his bowel movements. Our team exchanged eye contact, recognizing we had all fallen a bit short in connecting effectively with our patient, and still had three more new admissions to see before noon. As our large group shuffled out I made a quiet, farewell comment to Mr. Williams, unplanned and instinctive.

“You know, the Yankees are playing my home team this weekend.”

“Oh, well that’s too bad for you sweetie!” he teased me back, and we shared a single, brief laugh that ever-so-slightly released tension from the tight layers in which he had wrapped himself.

The next morning, I returned to Mr. Williams’ bedside. As I pulled back his curtain and we made eye contact, he smiled at me with a look of relief, “I remember you!” he called out, and I reached for my stethoscope to begin the exam. But his smile caused me to pause, and sit first, to ask about the Yankees instead.

Let’s try this again, I thought, conjuring the advice of so many mentors who have instructed me to make meaningful connections with patients before moving ahead with management. We had already started his IV fluids, thiamine, glucose, and benzos. But how could we help him manage life after this resuscitation, if we didn’t know what led up to it?

Over the next ten minutes, Mr. Williams explained to me that he had lived his entire life nearby Yankee Stadium, and “worked” for decades sweeping the grounds clean, in exchange for admission into the stadium. He had never emerged from the material poverty he was born into, and over time his social fabric began to wear thin as well; he had wife, no children, no living family, and the extent of his social networking occurred during the excitement of Yankee home game evenings. He also acknowledged that his drinking extended well beyond home games; he explained how much he consumed, the stresses that caused him to drink, and the challenges he saw to cutting back.

I described for him some notable alcohol withdrawal symptoms, in colloquial terms— shaking uncontrollably, bugs crawling up and down your legs, feeling like someone is following you—and he nodded vigorously at each description. “Miss, I know exactly what you’re talking about,” he said. “I ain’t feeling that way now but my friends at the stadium think I’m straight crazy, when I walk around thinking someone’s following me.”

As his confessions deepened, Mr. Williams looked around the room and, satisfied that no one was watching him, brought my attention to his hospital pillow, pulling a small package out from inside the pillowcase. It was a small, clear baggie, the kind we use to send blood down to the lab. Inside it was a small wad of cash and a cracked up flip phone.

Mr. Williams pointed to the bag and stared at me, “That’s my whole life in there,” he said, quietly. “I don’t want it to be like this forever, but this is where I’m at right now.”

Mr. Williams had thrown me a perfect pitch. He laid the ground for a home-run discussion about motivations, fears, goals, and concerns. He set the stage for a productive two days in the hospital, physically recovering from his “fall”, and mentally preparing to begin the long work of change ahead.

Over those two days I became busy with other patients, whose hearts were aflutter and kidneys were shutting down. I didn’t even get to see Mr. Williams leave, though I knew he would make it, if he wanted, to the Yankees home game. So when I arrived at work the Saturday morning after that game, as I began my usual ritual of checking overnight labs and vitals before going to see patients, my attention immediately wandered to the score. Mr. Williams was no longer my active patient, but I felt moved to look up the ball game in the same way I used to check his electrolytes.

A small smile spread across my face, and I whispered a word of thanks to the baseball gods for giving Mr. Williams a solid start to his next, more sober, steps.