From the Archives: Is it Time to Skip the Gym? 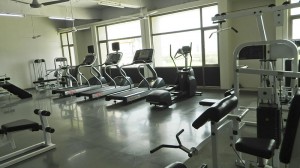 No. Sorry. Despite such reasonable excuses as – “I forgot my iPod”, “It’s pouring rain”, or “Game of Thrones is on” — an exhaustive literature search will not reveal a shred of evidence that you or most of your patients should skip daily exercise. However, a subset of your patients should indeed be skipping workouts regularly. The group referred to consists of endurance athletes (e.g. cyclists, swimmers, long-distance runners, competitive athletes). While this may not describe the majority of our patients, growing evidence suggests that overtraining can actually be maladaptive to overall health in certain individuals.

The question of too much exercise was first asked many years ago when it was noticed that, despite rigorous training schedules, the performance of certain athletes actually began to decline months into their training routines. The athletes burned out. But why? Common sense tells us that the more exercise we engage in, the better shape we will be in. Surprisingly, this is not always the case, and until recently, little was known about this phenomenon.

An entity known as Overtraining Syndrome (OTS) has gained widespread acceptance as the cause of deteriorating athletic performance [1]. OTS has been an active area of research since the early 1990s when it was noticed that not only can athletic performance in endurance athletes decline over time, but these athletes can also experience biochemical, psychological, and immunological abnormalities [2]. Currently, there is not a universally accepted theory as to the cause of OTS. One theory with growing evidence is the “Cytokine Hypothesis” [3]. It purports that repetitive joint and muscle trauma seen with excessive physical training elicits a response similar to that seen in chronic inflammation. Inflammatory cytokines at sites of injury activate monocytes, which then release pro-inflammatory IL-1ß, IL-6, and TNF-?. The body then enters a catabolic, inflammatory state. As such, one might hypothesize a chronic inflammatory state would be evident via biochemical markers (i.e. anemia, ESR, CRP). However, to date, no studies have been able to show a relationship between OTS and any of these biomarkers of chronic inflammation. In part, this is why a diagnosis of OTS is often difficult to reach (and always should be one of exclusion after other systemic processes are ruled out) [4].

Another theory involves dysregulation of the Hypothalamic-Pituitary Axis (as seen in amenorrheic female athletes). During exercise, the body acutely releases cortisol, epinephrine and norepinephrine as a means to enhance cardiovascular function and redistribution of metabolic fuel. However, these hormones quickly return to baseline levels following a workout. Interestingly, endurance athletes suffering from burnout show higher baseline cortisol levels [5]. This may then lead to negative effects on normal metabolism, healing, and immunity. In fact, studies have shown an increased susceptibility to infection in overtrained athletes, although the mechanism is not fully understood [6,7]. Studies have not been able to identify differences in leukocyte number or distribution among overtrained vs healthy athletes, and the true etiology may rather be related to impaired functionality of immune cells. It is important to note that the body’s normal response to intermittent exercise is overall adaptive. When allowed adequate time to recover, inflammatory cytokines and hormones decrease to normal levels. The body is then able to adapt to repeated exercise by increasing muscle mass and capillary density, endothelial cell function, and glucose utilization among other things [8]. It is the lack of recovery time that is problematic in OTS.

The most common initial manifestation of OTS involves mood changes. An otherwise emotionally stable athlete may become increasingly depressed, chronically fatigued, unable to sleep, have decreased appetite, and lose interest in competition [9]. Unfortunately, patients are rarely recognized in this stage and often go on to develop the hallmark of the syndrome, deteriorating athletic performance. Muscle and joint pain are often present as well. Depending on the severity, symptoms can last anywhere from a few weeks to years [10]. Even when declining performance is evident, there are no diagnostic criteria or laboratory tests that can confirm a suspicion of OTS. For now, the diagnosis is purely clinical. A high index of suspicion must be kept for all at-risk groups. While competitive athletes are most classically thought of as high-risk, OTS should also be considered in recreational athletes (who may unknowingly advance their training regimen too hastily). The primary focus of management is rest. Each case must be managed individually with regard to the symptom cluster experienced by the patient. It is recommended that patients rest at least a full 3-5 weeks with minimal to no athletic training [11]. Selective serotonin reuptake inhibitors are increasingly being used to combat mood and appetite symptoms [12]. After recovery, a cyclical workout routine should be established with adequate recovery time between cycles. Patients should be advised to consume a high carbohydrate diet to help facilitate recovery between workouts (upwards of 60-70% of caloric intake) [13]. Fortunately, athletes can and do recover after the appropriate interventions and precautions are made.

It is difficult to predict who will develop or re-experience OTS since the threshold of exercise tolerance varies widely among athletes. Therefore, patient education and prevention are critical. Studies estimate that up to 10% of vigorously training athletes have or will experience OTS [4]. Athletes should be questioned about their exercise routines and informed about the dangers and warning signs of over-training. Any evidence of psychiatric disturbance or decreased performance should prompt a discussion on the possibility and management of OTS.

Dr. Robert Mocharla is a graduate of NYU School of Medicine