Fava Beans and a Nice Chianti 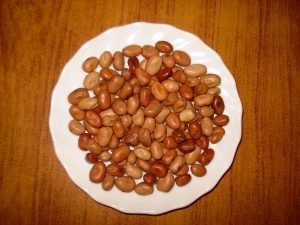 1. Describe the pathophysiology and clinical features of G6PD Deficiency.

3. Give a brief historical perspective on the fava bean.

You receive an emergency off-hours call from one of your outpatients. He is a 55-year-old man with type 2 diabetes mellitus complicated by kidney failure now status post renal transplant, psoriatic arthritis, and confirmed glucose-6-phosphate dehydrogenase (G6PD) deficiency. Earlier this evening he was on a date and ordered the “spring pasta vegetable medley” for dinner. Halfway through his meal, he noticed that the beans in the dish were fava beans, several of which he had already eaten. He unsuccessfully tried to induce vomiting. He then ordered and ate dessert. He called you immediately after leaving the restaurant. You review his chart to find that he is of Syrian heritage and was diagnosed with G6PD deficiency at age 4 years after a hemolytic crisis requiring multiple blood transfusions but has not had any clinical hemolysis since then. What should you do?

The G6PD deficiency gene, which causes an X-linked enzymatic defect, is found in about 400 million people. It is seen most commonly in Africa, the Middle East, Southeast Asia, and Australia.1 Erythrocytes depend on reduced glutathione as protection against oxidative damage. G6PD is essential for the hexose monophosphate shunt, which provides the cell with reduced glutathione.2 It is also necessary to maintain levels of nicotinamide adenine dinucleotide phosphate (NADPH), which in turn reduce glutathione to allowing it to denature oxidants. (Figure 1) When exposed to oxidants, G6PD deficient erythrocytes become depleted of glutathione, making them vulnerable to damage and can eventually result in hemolysis. Typically, a hemolytic attack begins with weakness and abdominal or bone pain. Over a period of several hours to days, a patient may develop jaundice and dark urine. The anemia that proceeds is usually from intravascular hemolysis and in severe cases, renal failure.

Ingesting fava beans has been known since antiquity to induce hemolytic anemia in certain individuals. There are several factors that play into the development of acute hemolytic crisis after fava bean ingestion by G6PD deficient patients such as burden of oxidant exposure and kinetics of metabolism/clearance of oxidants. However, the two main determinants are the specific genetic polymorphism (Table 1) and the patient’s age.3

Favism occurs in some susceptible children aged 1–5 years. Kids with acute favism may continue to eat fava beans and never have another hemolytic crisis (although the episode may occur more than once). Interestingly, favism is most often seen in the spring (~95% in some reports) and is rarely noted following ingestion of frozen, dried, or canned fava beans. Case series have suggested that infection is the most likely instigator for these hemolytic crises. One series found that G6PD deficiency-related hemolytic crises were related to infection and drugs 52% and 32% of the time, respectively.4 A different case series in children found that infection was the cause of nearly all G6PD deficiency-related hemolytic crises.5 Some studies have suggested that G6PD deficiency patients are uniquely susceptible to Streptococcus pneumoniae; the etiology is most likely related to oxidative damage from immune complexes binding to the red blood cell’s.6,7

Risk of acute favism is related to ethnicity and genetic polymorphisms of the G6PD deficiency with acute favism being more prevalent in Middle Eastern and Mediterranean populations and less so in Africans with G6PD.

Since our patient was of Syrian descent, he likely had the Mediterranean variant placing him at increased risk for a hemolytic crisis.

Thus an individual with G6PD deficiency (specifically the Mediterranean variant) exposed to this pathogen for the first time may develop severe hemolysis, as occurred in our patient at age 4 years. The inciting factor is not always clear-cut, but various infections seem to be the usual culprit. Individuals who survive become completely or partially immune to the inciting infection in the future. The immunity acquired in childhood may explain why favism is a pediatric disease and suggest our patient is not at risk for hemolysis. There is some research to suggest that the vicine and convicine (2 oxidants) content of fava beans is highly variable and may contribute to some of this unpredictability. In addition, it may be a source of future agricultural genetic manipulation.8

The fava bean, or Vicia faba, is a resilient plant with ability to withstand cold temperatures. Therefore, it is unsurprising that this little bean has been widely thought-about throughout history. In ancient Egypt, the beans were viewed as magical. Pharaoh Ramses III gave 11,998 jars of fava beans as a sacrifice to the God of the Nile. During the Middle Ages, Sicilians prayed to St. Joseph to relive them from a terrible drought. When it finally rained, the fava beans were the only crop to survive. Now on St. Joseph’s Day (March 19), fava beans are placed on church altars and eaten in feasts.9 In recent times, fava beans played a featured role in The Silence of the Lambs (book, 1988; movie, 1992). Hannibal Lecter, the infamous cannibal, discussed his appetite for liver, fava beans, and chianti—all high tyramine containing foods. This was likely a subtle quip insinuating that he was not taking his monoamine oxidase inhibitor for personality disorder. Pythagoras, of triangle fame, warned his disciples not to eat beans.10 A dubious, often repeated story, states that as Pythagoras was being pursued by his enemies, he halted at the edge of a field of fava beans saying he would rather be taken than enter the field.

In 1989 the World Health Organization (WHO) made a statement regarding neonatal screening for G6PD deficiency.11 The WHO called for neonatal blood screening in populations where G6PD deficiency occurs in 3–5% of males. It also mandated educational aids to parents whose baby is positive on the blood screen, with a goal of detecting jaundice earlier and preventing kernicterus. While no randomized studies have been done (or likely will be done) to assess whether screening is necessary in high risk populations, evidence suggests blood screening and parental education allow for early recognition of jaundice and prevention of kernicterus.12 In Sardinia, incidence of favism fell by 75% after these screening and education programs were carried out.13

Back to our patient

Despite the likely Mediterranean variant increasing the risk of hemolytic crisis in our patient, his older age and the decreased rates of crisis after subsequent fava bean ingestion make a hemolytic crisis unlikely. Although avoiding them is probably wise, there is no certainty that fava beans will cause problems in such patient. I instructed him to come to my office the next day for complete blood count, lactate dehydrogenase and urinalysis, all of which were normal. We remained in telephone contact for the next 3 to 4 days, and he remained symptom free. Unfortunately for him, he did not get a second date.