From the Archives – SHOULD BETA-BLOCKERS BE USED IN THE SETTING OF COCAINE-RELATED CHEST PAIN? 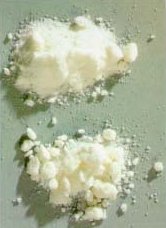 Please enjoy this post from the archives dated February 5, 2014

By Matthew A. Haber

The following is a hypothetical example of a classic exam question that one might come across as a medical student:

A 50-year-old male presents to the emergency department with severe chest pain. His past medical history is significant for congestive heart failure and stent placement. His vitals are significant for a blood pressure of 220/110 and a heart rate of 170. On physical exam he appears to be profusely sweating, and his pupils are markedly dilated. Troponin I is within normal limits and EKG shows normal sinus rhythm. When prompted, the patient admits to snorting cocaine just a few hours prior to presentation. Which of the following should NOT be used in the management of this patient’s symptoms?

E. All of the above are acceptable to use in the setting of cocaine-related chest pain

If you said D, you would most likely receive full credit, for the classic teaching is that beta-blockers are contraindicated in the setting of chest pain related to cocaine use. Beta-blockers are also frequently withheld from patients with significant heart disease who happen to be active users of cocaine. As medical students we learn not to use beta-blockers in such a setting on many occasions, from test questions like the one above, to mannequin simulations, to interactions with patients on the hospital wards.

Cocaine may induce myocardial ischemia through various mechanisms, including coronary vasospasm, platelet aggregation within the coronary arteries, as well as rupture of an atherosclerotic plaque. At the molecular level, cocaine induces coronary vasospasm via inhibition of norepinephrine reuptake by presynaptic neurons. This enables increased binding of norepinephrine to alpha-1 adrenergic receptors within the smooth muscle of the coronary arteries, thereby inducing coronary vasospasm, leading to myocardial ischemia. It has long been postulated that the use of beta-blockers may exacerbate the vasospasm induced by cocaine due to an “unopposed alpha effect” in which a beta-2 receptor blockade may lead to the inhibition of concurrent vasodilatation, which would normally mitigate the actions of cocaine [3]. Furthermore, systemic inhibition of vasodilatation by a beta-2 receptor blockade leading to an “unopposed alpha effect” may also cause a significantly elevated systemic blood pressure. In support of this vasospasm theory, a few decades ago a randomized controlled trial took place in which 10 patients who were given beta-blockers in the setting of cocaine-induced vasospasm exhibited further exacerbation of coronary vasoconstriction [4].

As noted by a recent review on the treatment of cocaine-related chest pain [5], there is surprisingly limited evidence for avoiding beta-blockers. In addition to the aforementioned study involving only 10 patients [3], there is only one other prospective human study that provides the evidence for avoiding beta-blockers in the setting of cocaine use. This study demonstrated low efficacy of beta-blockers in mitigating cocaine-induced adverse coronary vascular events in 9 patients with coronary artery disease [6]. These small studies, in addition to theoretical concern, animal studies, and anecdotal evidence [7] have led to the recommendation to avoid beta-blockers in those who use cocaine.

Proponents of the use of beta-blockers in the setting of myocardial ischemia related to cocaine use point to more recent studies demonstrating that beta-blockers may not lead to increased risk of adverse events, and may even decrease such events. A retrospective cohort study published in 2010 compared outcomes in patients who had chest pain in the setting of cocaine use who presented to the emergency department, in which one group was treated with beta-blockers, and one was not [8]. The study found that patients who received beta-blockers in the emergency department and who were discharged on such a regimen demonstrated a significant reduction in mortality from cardiovascular causes over a mean follow-up period of 972 days [8]. Furthermore, those given beta-blockers in the emergency department did not have significant differences in troponin levels, length of stay, arrhythmias, or death compared to those who did not receive beta-blockers [8]. A 2008 retrospective cohort study found that beta-blockers were associated with a statistically significant reduction in the incidence of myocardial infarction in patients who had been using cocaine [9]. While this evidence is promising, it should be noted that these studies have significant limitations. For example, these studies used detection of cocaine on toxicology screen to determine “recent use.” Since screening studies will remain positive for days after use, there remains uncertainty about exactly how much time passed between when the patient last used cocaine and when he or she presented to the emergency department [8]. As such, we cannot determine whether the time between cocaine use and beta-blocker administration would affect patient outcomes. For instance, it is possible that a patient receiving beta-blockers one hour after cocaine use might have a different, and potentially worse, outcome than a patient presenting with chest pain one day after cocaine use.

With respect to specific beta-blockers whose use might be justified in the setting of cocaine-related chest pain, some advocate for the use of beta-blockers with additional alpha-blocking activity [10]. One small 2010 prospective study found that when labetalol was given to patients who presented to the emergency department with a urine drug screen positive for cocaine, they had a decrease in heart rate and blood pressure measured after 48 hours, without adverse effect [10].

In conclusion, given the controversy of whether or not beta-blockers should be used in the setting of cocaine-related chest pain, clinicians who treat such patients should consider the evidence behind withholding or giving patients beta-blockers as part of their medical management. The evidence against the use of beta-blockers in users of cocaine might not be strong enough to withhold this class of drugs from all such patients, especially those most likely to benefit, such as patients with ventricular arrhythmias or left ventricular systolic dysfunction. More studies are needed to evaluate the use of this class of medications in the setting of patients who abuse cocaine. Future studies could also help to elucidate the importance, if any, of the type of beta-blocker used and/or the timing of administration in relation to cocaine use. Perhaps in the near future, the answer to the previously discussed “classic medical school test question” will be modified from “D – Labetalol” to “E – All of the above are acceptable to use in the setting of cocaine related chest pain,” including labetalol and the other beta-blockers.

Matthew A. Haber is a 3rd year student at NYU School of Medicine