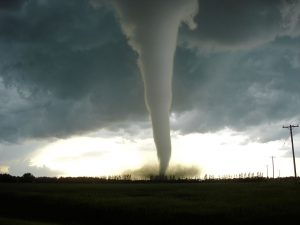 Controlled Trial of Budesonide–Formoterol as Needed for Mild Asthma [1]

Risk of asthma exacerbation in patients with mild asthma can be mitigated by use of inhaled glucocorticoids, but many patients and providers are reluctant to use these medications when symptoms are infrequent.  Previous randomized controlled trials have demonstrated the safety and efficacy of budesonide-formoterol — a combined steroid/short-acting beta-agonist (SABA) — as rescue in patients with mild asthma and not on maintenance regimens. These trials,  however, did not include patients with intermittent symptoms, and they may have lacked external validity given their stringent protocols.

The Novel START trial (a randomized, open-label, parallel-group, controlled trial) compared use of as-needed budesonide-formoterol against two other regimens: rescue albuterol alone, and maintenance budesonide plus rescue albuterol. 668 patients worldwide were included in the analysis.  Patients qualified if they had used a SABA exclusively over the past three months, and if during the past 4 weeks they had required a SABA on at least two occasions, but two or fewer times per day on average.

It’s important to bear in mind that reducing exacerbations is just one goal when treating asthma, and that symptom severity was seemingly better addressed by daily maintenance steroid.  But as this study shows, as-needed budesonide-formoterol may be preferable over albuterol for patients with mild asthma.

The first phase of the PARTNER study (PARTNER1) supported the revolutionary claim that U=U, or undetectable=untransmissible. This large, prospective observational study followed heterosexual and gay serodiscordant couples who reported having condomless sex while the HIV-positive partner was on suppressive antiretroviral therapy (ART), defined as HIV-1 RNA <200 copies per mL.  Zero HIV transmission events were noted for 888 serodiscordant couples. However, the study enrolled far more heterosexual couples than men who have sex with men (MSM). This led to an upper limit of risk (based on a 95% CI) that was almost double for MSM couples: 1 transmission in 217 couple-years of condomless sex vs. 1 in 119.

PARTNER2 extended the study exclusively for MSM couples. Like the first study,  serodiscordant couples were followed with serial sex behavior questionnaires, HIV testing for the HIV-negative partner, and HIV viral load testing for the HIV-positive partner.  The extension increased the number of couple-years by 1593, reducing the upper limit of risk to 1 in 435 years of condomless sex.

The PARTNER study revolutionized the way we think about safe-sex practices among those with HIV, and has the potential to reduce shame, stigma and anxiety around transmission. PARTNER2 has now strengthened the evidence for MSM serodiscordant couples. It’s important to remember that good HIV care and access to ART are imperative, as are good preventative and harm-reduction strategies, to reduce HIV incidence.

The ACURASYS trial, conducted 10 years ago, supported the idea that early administration of a neuromuscular blocking agent among patients with moderate-to-severe acute respiratory distress syndrome (ARDS) reduced mortality when compared against strategies employing sedation exclusively. Despite this finding, clinical practice does not regularly incorporate the use of paralytics. Possible explanations include a tendency toward lighter sedation, and limited data on the long-term effects of paralytics.

The ROSE trial — a multicenter, unblinded, randomized trial of patients with moderate-to-severe ARDS — hypothesized that use of neuromuscular blockade would reduce all-cause in-hospital mortality at 90 days when compared against lighter sedation strategies. Instead, the study found no significant difference, and a potential for increased harm.

Patients included had to be undergoing mechanical ventilation with less than 48 hours of findings suggestive of ARDS (PaO2:FIO2 ratio <150 mmHG with PEEP >8 mmHG, bilateral pulmonary infiltrates and respiratory failure not explained by other pathology). They were randomized 1:1 to 48 hours of continuous neuromuscular blockade with concomitant deep sedation, or usual care with lighter sedation.

The trial was halted early by the data safety and monitoring board for medical futility after the second interim analysis.  There was no significant difference with in-hospital mortality at 90 days (between-group difference, −0.3 percentage points; 95% CI, −6.4 to 5.9; P=0.93), and the intervention group actually had reduced physical activity (per an ICU mobility scale) and more cardiovascular events (14 vs. 4, p=0.02).

The authors note several differences between ACURASYS and ROSE that may explain the discordant findings. For example, the latter study employed higher PEEP strategies in both arms and lighter sedation usage in the control arm. The ROSE trial supports the idea that modern lung-protective strategies with light sedation remain effective.

Seven major U.S. cities have implemented excise taxes on sugar-sweetened beverages in an attempt to combat the obesity epidemic. Philadelphia is one such city, where a 1.5-cent-per-ounce excise tax was implemented in January 2017.  This study compared data on price and sales of beverages pre- and post-excise tax to similar data from Baltimore, a neighboring city with similar demographics without a beverage tax over the same time frame.

Limitations include the fact that while the dataset examined was quite extensive, it reflected chain retailers exclusively, and it only reflected approximately one quarter of all taxed beverages sold in Philadelphia. It is also important to bear in mind that the end points examined in the study are secondary, and may not actually reflect a change in human behavior or improved health outcomes.

Infections following implantation of cardiac implantable electronic devices (CIEDs) are relatively rare, but consequences can be devastating when they do occur.  This randomized, open-label, controlled trial demonstrated efficacy of a minocycline- and rifampin-eluting envelope, with a 40% reduction in major CIED-related infections.

Older adults who experience concussion may be at an increased risk of developing dementia in the following five years.  In this large cohort study of 28,815 adults, 24.5% of older adults received a statin during the 90 days post-concussion, an intervention that was associated with 13% reduced risk of dementia (NNT=50).

This multicenter, non-randomized, first-in-human trial establishes the feasibility and safety of bilateral common carotid artery filters among patients with atrial fibrillation.  Among 25 patients, no major adverse events were observed over 12 months of monitoring.  Long-term comparison against existing stroke prevention strategies, including anticoagulation and left atrial appendage closure will factor into whether this strategy ultimately becomes integrated within standard practice.

Dr. Scarlett Murphy is a resident at NYU Langone Health