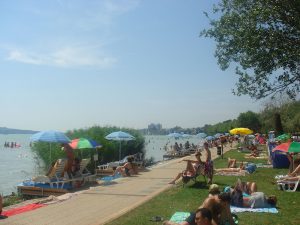 The PIONEER-HCM trial was a prospective phase 2 cohort trial across 5 U.S. medical centers seeking to evaluate safety, tolerability, and proof of concept for this new class of medication in OHCM. Two cohorts, A and B, with symptomatic OHCM were treated with 10 to 15mg of mavacamten (depending on weight) or 2mg with an increase to 5mg pending a decrease in LVOT gradient, respectively. The primary endpoint was change in post-exercise LVOT gradient at 12 weeks relative to baseline and secondary endpoints included proportion achieving a gradient < 30, change in symptoms, change in ejection fraction (EF), and reversibility of effect on contractility.

Twenty-one patients were enrolled in the trial. Mean post-exercise gradient, the primary endpoint, decreased from 103 mm Hg to 19 mm Hg at 12 weeks (mean change -89.5 mm Hg, P=0.008), with 8 of 11 patients in cohort A reaching a gradient of under 30 mm Hg. Change in post-exercise gradient was less pronounced but still significant in cohort B (mean change -25 mm Hg, P=0.02), with zero patients achieving a gradient less than 30 mm Hg. Both groups experienced a decrease in mean EF, from 70% to 50% in cohort A and 75% to 69% in group B (P<0.05). Symptoms also improved in both groups, with mean change in NYHA class of -0.9 in group A and -1.0 in group B. Adverse events included decreased EF in 3 cases and atrial fibrillation in 5 cases, 1 of which required discontinuation of the drug.

This phase 2 proof of concept trial demonstrated that mavacamten is reasonably well tolerated and may be effective in reducing LVOT gradient and symptomatology in patients with OHCM. Lack of randomization, adequate sample size, and placebo control are clear limitations to this phase 2 trial. Based on these results larger randomized controlled trials are currently underway to better assess the efficacy of this novel agent.

Functional tricuspid regurgitation (FTR) is a common sequelae of heart failure although it is not adequately addressed in treatment guidelines and is very rarely intervened upon.4 The clinical significance of FTR in heart failure patients is not well studied and poorly understood.

This issue was addressed in a recent single-center cohort study of patients with heart failure with reduced ejection fraction (HFrEF) based in the United States. Eligible patients were those older than 18 years of age with stage B or C HFrEF meeting requirements for baseline and follow up echocardiography. 13,026 patients meeting inclusion criteria were identified and underwent FTR evaluation by echocardiography. The primary outcome of mortality was compared between patients with and without FTR as well as stratified by regurgitation severity.

FTR was present in 88% of enrolled patients (N=11,507). FTR was found to be associated with increased mortality after controlling for a variety of potential confounders (P<0.02). These effects scaled with increasing FTR severity with 5-year survival ranging from 68% with trivial FTR to 34% in severe. When heart failure class was controlled for, the association between moderate and severe FTR and mortality remained significant (hazard ratios of 1.21 and 1.57 respectively, P<0.0001). FTR was also associated with increased heart failure symptomatology, reduced cardiac output, and worse GFR (P<0.0001).

This large cohort trial of heart failure patients identified FTR as an extremely common sequela of HFrEF with a graded association with mortality dependent on severity of regurgitation in addition to worse heart failure symptoms, lower cardiac output, and worse renal function. Despite the obvious limitations of a single center cohort study, this trial presents compelling evidence for interventions such as percutaneous closure devices aimed at correcting FTR in heart failure patients.

Effects of antiplatelet therapy after stroke due to intracerebral haemorrhage (RESTART): a randomized, open-label trial5

Antiplatelet drugs are a mainstay of therapy for patients with many forms of vascular disease. Intracerebral hemorrhage (ICH) is a well-recognized adverse effect of these drugs. While patients who experience ICH remain at risk for complications of vascular disease, antiplatelets are often avoided as the safety of resuming therapy in this population is not well understood.6

A recent prospective randomized control trial including 122 hospitals across the United Kingdom sought to address this question. This trial enrolled adults over the age of 18 who experienced ICH while taking either an antiplatelet or anticoagulant for the prevention of complications associated with vascular disease. 537 patients were randomized to either start or avoid further antiplatelets and were subsequently followed for 5 years for the primary endpoint of recurrent symptomatic ICH. Generalizability was notably limited due to participants being predominantly white (88%) and male (67%).

Recurrence of ICH, the primary outcome, was less common in those that continued antiplatelets compared to the group who did not, although this was not quite statistically significant (4% vs. 9%, P=0.06). This difference reached statistical significance during sensitivity analysis in which stroke of uncertain type (P=0.044) or death of undetermined cause (P=0.044) were included in the primary outcome. A composite of major hemorrhagic events was not significantly different between the antiplatelet and non-antiplatelet groups (7% vs. 9%, P=0.27). Antiplatelet therapy was associated with a reduction in a composite of non-fatal myocardial infarction, non-fatal ischemic stroke, or death from a vascular cause (P=0.025).

This trial not only suggests that antiplatelets are safe and effective agents for prevention of occlusive vascular disease in patients who previously experienced ICH, but also demonstrates preliminary evidence that antiplatelets may be protective from recurrent bleeding. The authors suggested this effect may be mediated by reductions in arterial thrombosis and inflammation, both which have been linked to cerebral hemorrhage.

Dapagliflozin and other sodium-glucose transporter 2 inhibitors are antihyperglycemic medications shown to be effective in improving cardiovascular endpoints in patients with type 2 diabetes and are now recommended for diabetic patients with known atherosclerosis.8 Diabetic patients who have experienced a myocardial infarction (MI) in the past are at high risk for recurrent events and therefore could potentially derive a particularly robust benefit from these medications.

A recent prespecified subgroup analysis of the DECLARE-TIMI 58 trial sought to address this question. The initial trial randomized patients with type 2 diabetes to either dapagliflozin 10mg or placebo in addition to standard of care diabetes treatment. The two primary outcomes were a composite of cardiac death and heart failure hospitalization as well as major adverse cardiac events (MACE, a composite of cardiac death, MI, and stroke). Previous MI was a prespecified subgroup of the initial study population; 20.9% (3584) of patients were found to have a prior MI and were included in the subsequent analysis.

This trial confirmed that diabetic patients with previous MI are at increased risk of recurrent cardiovascular events. Cardiac events were found to be less frequent with dapagliflozin in patients with prior MI, an effect not observed in those without prior MI or those without known atherosclerosis. Patients with diabetes and a history of MI appear to derive a particularly robust benefit from dapagliflozin and should be strongly considered for therapy.

The PCSK9 inhibitor evolocumab has been shown to reduce the risk of first cardiac event in patients with atherosclerosis when added to a statin but its impact on total cardiac events is less clear. This secondary analysis of the FOURIER trial, a randomized double-blind clinical trial of 27,564 patients comparing evolocumab to placebo, found a robust reduction in myocardial infarction, stroke, and coronary revascularization, with a greater than two-fold decrease in events.

In 2017 a patient arrived at a hospital in Mongolia with a febrile illness of unknown etiology presenting in a similar manner to tickborne encephalitis virus (TBEV) infection but without associated antibodies or RNA. After receiving blood specimens from the index patient and screening patients with similar presentations in the same hospital, 86 patients were found to be polymerase chain reaction (PCR) positive for a previously undescribed segmented RNA virus, newly designated Alongshan virus (ALSV) belonging to the Flaviviridae family.