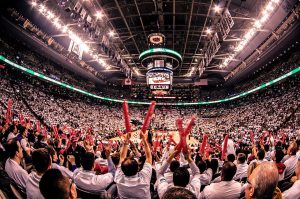 Cardiac Troponin T and Troponin I in the General Population: comparing and contrasting their genetic determinants and associations with outcomes [1]

The use of high-sensitivity cardiac troponin levels in the diagnosis of myocardial infarction is well established. What remains uncertain is the utility of low levels of cardiac troponin T (cTnT) and cardiac troponin I (cTnI) in estimating a person’s cardiovascular disease (CVD) risk. With this in mind question in mind, 19,000+ individuals from Generation Scotland Scottish Family Health Study (GSSFHS) were followed for a median of 7.8 years to study the association between cTnT and cTnI levels and cardiovascular disease outcomes. Endpoints included a composite CVD outcome (CVD-related diagnoses, stroke, myocardial infarction or CVD-related death), CVD death, non-CVD death, and heart failure among this prospective cohort.

Results from models that adjusted for classic CVD risk factors and basic demographics showed that ”high” levels of both troponins were associated with increased risk of CVD disease, CVD death, all-cause death, ischemic stroke and heart failure when compared to “low” levels. Most notable hazard ratios were for CVD death (HR 1.56 for cTnI, 95% CI 1.38-1.75, 1.52 for cTnT, 95% CI 1.31-1.77) and for heart failure (HR 1.86 for cTnI, 95% CI 1.66-2.08, 1.69 for cTnT, 95% CI 1.43-1.98) CTnI levels were positively associated with coronary heart disease and myocardial infarction whereas cTnT levels were positively associated with non-CVD death. Cut off values differed for the troponins with cTnI having lower cut offs than cTnT. Genome wide association study was also conducted and identified 5 loci with significant associations with cTnI and 4 different loci with significant associations with cTnT. This analysis indicates different upstream mechanisms for elevated cTnI and cTNT.

While there are many strength to this prospective population-based cohort study, the presence of cardiac symptoms at baseline is not commented on, potentially limiting external validity. Additionally, it is unclear what may have contributed to 2,000 individuals not providing troponin samples. While the exact relationship between low level of troponins and CVD remains unclear, it appears we may have to worry about those troponins of 0.04 after all.  274 words.

Access to Office-Based Buprenorphine Treatment in Areas With High Rates of Opioid-Related Mortality: an audit study [2]

This “secret shopper” study looked at access to buprenorphine treatment among uninsured or Medicaid patients with active heroin use residing in states with the highest rate of opioid-related mortality in 2016 (Massachusetts, Maryland, New Hampshire, West Virginia, Ohio and the District of Columbia). 546 clinician offices were identified using the public Buprenorphine Practitioner Locator Website (updated daily by the Federal Substance Abuse and Mental Health Services Administration). Trained research assistants used two different scripts to call identified offices. Both scripts included a standardized presentation of a 30 year old female using heroin, otherwise healthy, interested in starting buprenorphine-naloxone treatment but differed with respect to insurance status (one with Medicaid, one uninsured, paying by cash). The clinician office was contacted twice, using each script, 4 weeks apart. Of the 546 offices, 432 were contacted successfully (380 contacted twice and 89 only once).

Results varied across states. This study provides useful information on appointment and induction availability, however, it may not be representative of the complete range of clinical practice as only 54% of waivered physicians are listed on the website used to select practitioners. While, the low rates of appointments and buprenorphine induction offered in this study certainly are disheartening given the current opioid epidemic, the relatively short wait times for an appointment and induction indicate areas for improvement utilizing current providers. This information was collected under optimal circumstances with multiple attempts made to reach the clinician offices. In real clinical situations, additional barriers likely make access much more difficulty. As a result, continued efforts should be made to encourage waiver certification and buprenorphine training among existing and future providers.  449 words

With the switch to fecal immunochemical test (FIT) from guaiac-based fecal occult blood tests for colon cancer screening, the number of samples needed has decreased from three consecutive bowel movements to one. This change has caused some concern given that certain colorectal tumors may bleed intermittently, possibly being missed by a single sample collection. As a result, there has been increasing research into identifying the optimal FIT screening strategy with respect to both diagnostic value and patient acceptance.

This study compared different strategies of FIT screening for colon cancer with respect to patient participation, positive predictive value (PPV), diagnostic yield, and interval development of colorectal cancer. A cohort of individuals drawn from the Rotterdam-Rijnmond region of the Netherlands was invited via postal mail to perform a total of 4 colorectal screens with either 1-FIT or 2-FIT every 2 years. Exclusion criteria included history of colorectal cancer, inflammatory bowel disease, colon imaging within 2 years, life expectancy of less than 5 years, or inability to consent. Participation rates were similar across the different screening groups (74.7% for the 1-FIT cohort and 72.5% for the 2-FIT cohort) and consistent with rates in the existing literature. Results of the study showed that compared to 1-FIT, 2-FIT testing for four rounds had statistically significantly greater cumulative positivity rate (19.2% for 1-FIT vs. 28.5% for 2-FIT, p<0.0001). 1-FIT testing, however, had greater cumulative PPV for advanced neoplasia (33% for 1-FIT vs. 24.2% for 2-FIT). This lower PPV in the 2-FIT strategy led to greater demand for follow-up colonoscopies. Most importantly though, there was no significant difference between testing strategies in terms of diagnostic yield and incidence of interval colorectal cancer detection. As a result, researchers of this study recommend 1-FIT testing.

Interestingly, these authors previously modelled that 2-FIT screening provided additional life-years per 1000 individuals compared to 1-FIT. However, after this most recent study, they now advocate for a focus on other factors related to screening such as shorter intervals (something we do in the US with our annual testing) and initiating testing earlier. It’s quite refreshing to witness a research group contradict, or “refine,” their prior assertions in an open and earnest way.

The utility of procalcitonin (PCT)-guided antibiotic duration remains unclear in the current literature. In the last few years, two meta-analyses were published with conflicting results on PCT-guided antibiotic duration and survival, depending on whether or not they examined patients with sepsis. It was with this in mind that researchers undertook yet another meta-analysis in an attempt to further understand the relationship in question and also examine biases contributing to these analyses. They performed a meta-analysis of 5,000 ICU patients from RCTs of PCT-guided antibiotic use and survival rates in critically ill adults. RCTs were identified using major scientific search engines (PubMed, Embase, Scopus, Web of Science and CENTRAL) from creation of search engines until July 23, 2018. 16 trials were selected;10 RCTs enrolled only septic patients. 13 RCTs used both absolute PCT value and % change in their algorithm for discontinuation whereas 3 studies used only absolute PCT value. Adherence to the PCT-guided algorithm was reported for 9 studies, with clustering into 2 distinct groups: 5 RCTs with greater than 80% adherence and 4 with lower rates of adherence (41-53%). Interestingly, 7 of the 16 RTCs were industry funded and 8 included C-reactive protein as part of their discontinuation algorithm.

Results of the study showed decreased mortality associated with PCT-guided antibiotic discontinuation (16 trials, risk ratio [RR] of 0.89, 95% CI 0.83-0.97) compared to non-PCT guided antibiotic discontinuation. However, this survival benefit was not observed in studies of septic patients, trials with industry funding, or high adherence to PCT-guided algorithms. PCT-guided algorithms were associated with a decreased antibiotic duration of, on average, about 1.3 days (95% CI -2.27 to -0.35). Sensitivity analysis indicated that there was one RCT with a demonstrated survival benefit that seemed to push the meta-analysis into statistical significance. This one trial was examined in more detail raising concerns about the involvement of industry and a writing service as well as a lack of proposed biological mechanism or recommendation for further study.

Certainty assessment, performed using GRADE (grading of recommendations, assessment, development and evaluation) criteria, determined low certainty for the effect of PCT-guided algorithms for antibiotic discontinuation among patients in the ICU with regard to survival and reduced antibiotic exposure. Additionally, it is unclear what role antibiotic stewardship may have had in the control group. Given these findings and the context of persistent clinical uncertainty, the authors called for more rigorously designed RTCs with survival as the primary outcome. Let’s hope this doesn’t lead to yet another meta-analysis but instead a robust recommendation one way or another.

Canagliflozin and Renal Outcomes in Type 2 Diabetes and Nephropathy [7]

Part of the CREDENCE Trial, this was a double-blinded, randomized clinical trial of +4000 patients with type 2 diabetes and albuminuric chronic kidney disease who were given either canagliflozin or placebo, as well as concomitant blockade of the renin-angiotensin system. After a median follow-up of 2.62 years, the trial was stopped early due to a 30% reduction (p<0.05) among the canagliflozin group of the primary end point (a composite of end-stage renal disease (ESRD) development, creatinine doubling, or death from renal or cardiovascular causes). This reduction persisted across the individual components of the primary end point. While impressive, take this with a grain of Ms. Dash’s as this study was funded by pharma, specifically Janssen Research and Development.

[1] Welsh P, et al. Cardiac Troponin T and Troponin I in the General Population: comparing and contrasting their genetic determinants and associations with outcomes. Circulation. 2019;139:2754–2764 https://www.ahajournals.org/doi/full/10.1161/CIRCULATIONAHA.118.038529