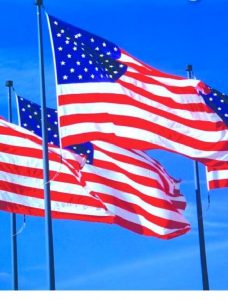 12 months of dual-antiplatelet therapy (DAPT) has been the standard of care for secondary prevention of myocardial infarction (MI) and stent thrombosis following percutaneous coronary intervention (PCI), however the optimal duration and degree of antiplatelet activity have been a topic of major interest.

This multicenter, open-label, randomized controlled trial (RCT) in Japan enrolled 3000 patients and addressed whether one month of DAPT followed by clopidogrel monotherapy was non-inferior to standard DAPT over the 12 months following single-staged drug eluting stent (DES) placement.  The primary endpoint was composed of mortality, MI, CVA, stent thrombosis, and bleeding with a relative non-inferiority margin set at 50%.

This study provides additional support that continuous DAPT may not be necessary after PCI.  While the long-term sequelae of clopidogrel monotherapy amongst various risk subgroups remain to be studied, providers may be reassured in prescribing a shorter duration of DAPT for some post-DES patients.

The use of dexmedetomidine as a sedative in intensive care has been associated with decreased delirium and shorter time to extubation. However, the utility of dexmedetomidine in decreasing mortality has not been well investigated due to the common practice of using propofol, midazolam, and opiates as the primary sedatives in mechanically vented patients.

Despite no overall mortality difference, the dexmedetomidine arm had a higher rate of adverse (9.6% vs 1.8%, p<0.0001) and serious adverse (2.7% vs 0.4%, p<0.0001) cardiovascular events such as bradycardia, hypotension, and prolonged sinus pause.  Of note, a subgroup analysis showed divergent 90-day mortality benefit for patients with age greater than the median of the study (63.7 years) and a  disadvantage for age less than or equal to the median.  This was attributed to age-related effects on pharmacokinetics, though the biological/clinical significance remains uncertain.

A major obstacle in this study was safely sedating patients with dexmedetomidine alone; a similar proportion of patients in both arms required both propofol and fentanyl regardless of dexmedetomidine administration. While the slight effect modification by age is interesting, the substantial burden of adverse cardiovascular events disfavors the use of dexmedetomidine as the sole or primary sedative in mechanically vented patients.

Despite continued global burden, morbidity, and mortality, sickle cell disease has been treated in much the same way for the past three decades. Polymerization of deoxygenated hemoglobin S underlies sickle cell disease. Sickling renders red cells susceptible to both intravascular and extravascular hemolysis, which in turn precipitates endothelial damage and vasoocclusion. As polymerization is exquisitely sensitive to deoxygenation and hemoglobin S concentration, therapies targeting these parameters have been explored. Voxelotor is a small-molecule allosteric modulator that increases oxygen affinity of hemoglobin S and blocks deoxygenation-dependent polymerization.

A phase 3 randomized, placebo-controlled trial was conducted to evaluate the efficacy of voxelotor in patients with sickle cell anemia (mean Hgb 8.7) over a median of about 40 weeks.  About 65% of participants were receiving hydroxyurea at baseline.  By week 24, patients receiving voxelotor experienced a significant albeit modest mean increase in hemoglobin (1.1g/dL with voxelotor 1500mg, 95% CI 0.9g -1.4g, p<0.001; 0.6g/dL with voxelotor 900mg, 95% CI 0.3g – 0.8g; -0.1g/dL with placebo, 95% CI -0.3g – 0.2g).  The hemoglobin response was additive to hydroxyurea therapy, sustained for the duration of follow up, and was independent of erythropoietin.

While yet to be approved by the FDA, voxelotor shows promise as a novel class of orally available non-toxic anti-sickling agent. Longer clinical trial duration and dosage/formulation adjustment will be needed to further optimize the therapeutic effect, as well as assess the potential to reduce morbidity and mortality.

Vitamin D supplementation did not alter MACE (RR 1.0, 95% CI 0.95 – 1.06). Sensitivity analysis did not demonstrate publication bias or stratification by any of the assessed parameters such as age, sex, and menopause. Importantly, vitamin D replacement in deficient participants (vitamin D level <25ng/ml or with CKD) did not alter their MACE risk. There was no difference in secondary endpoints including the risk of MI, stroke/CVA, cardiovascular mortality, or all-cause mortality. The discrepancy between the negative meta-analysis and positive prior observations may be due to confounders such as functional/nutritional status, comorbidities, and co-administration of calcium supplementation.

This negative meta-analysis compellingly negates the longstanding hypothesis of a causal relationship between low vitamin D levels and major cardiovascular events as suggested by observational studies.  While one could argue that a large, adequately powered RCT would be necessary to definitively rule out the hypothesis, the effect size is likely to be clinically negligible in the general population. Follow-up studies may succeed in detecting a signal by focusing on the extremes of vitamin D levels, non-MACE primary cardiovascular endpoints (i.e. heart failure and cardiovascular morbidity), and by correlating outcomes with vitamin D activity (i.e. calcitriol level, PTH).

Few studies have investigated the impact of the mode of aerobic exercise on metabolic outcomes. In a randomized cross-over study, obese, non-diabetic patients were assigned to weighted hula hooping for 6 weeks followed by waking or vice versa. Both hula-hooping and walking led to similar overall weight loss (-0.6+/-0.2 vs -0.5+/-0.2Kg). There was, however, a significant reduction of android adiposity (-2.0+/-0.3% vs 0.1+/-0.4%, p<0.001) as well as significant loss of waist circumference (-3.1+/-0.1cm vs -0.7+/-0.4cm, p<0.001).  Overall, hula-hooping appears to be interchangeable with brisk walking with respect to weight loss, but those interested in home exercise and thinner waist may benefit more from hula-hooping.

A large, prospective cohort study was undertaken, enrolling more than 60,000 Chinese Singaporean citizens on the impact of dietary meat composition on cognition. Participants were recruited at age 45-74, at which point their dietary composition was recorded, and their cognition roughly 20 years later (age 61-96) was assessed with mini-mental status exam using education level-specific cutoffs. Red meat intake was associated with a dose-dependent increase in the risk of developing cognitive impairment.   Fresh seafood consumption was inversely associated with cognitive impairment, whereas the opposite effect was seen with consumption of even a small amount of preserved seafood. Thus, in line with what has been shown in Western studies, it is advisable to consume less red meat and more un-preserved fish for cognitive health.

Time Course for Benefit and Risk of Clopidogrel and Aspirin after Acute Transient Ischemic Attack and Minor Ischemic Stroke:  A Secondary Analysis from the POINT Randomized Trial [7]

[7] Johnston et al. Time Coruse for Benefit and Risk of Clopidogrel and Aspirin after Acute Transient Ischemic Attack and Minor Ischemic Stroke:  A Secondary Analysis from the POINT Randomized Trial. Circulation. 2019. E-pub ahead of print. https://www.ahajournals.org/doi/10.1161/CIRCULATIONAHA.119.040713