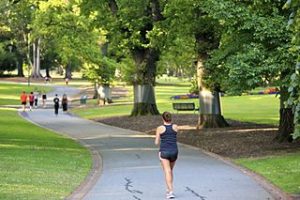 Perioperative management of direct oral anticoagulants (DOACs) for atrial fibrillation (AFib) is not yet standardized, and few studies have investigated the timing of DOAC discontinuation prior to surgery, or whether coagulation function testing is required.

This prospective cohort study was conducted at 23 different clinical centers throughout Canada, the US and Europe. It included patients with AFib on a DOAC who were undergoing an elective procedure. Patients were grouped into categories of high or low bleeding risk for their procedure. DOACs were stopped one day before low-risk procedures and two days prior to high-risk procedures. They were resumed one day after and two to three days after, respectively, provided that hemostasis was achieved.

This study demonstrates that a standardized DOAC interruption perioperatively does not require the use of heparin bridging or pre-operative coagulation function testing, and is associated with low rates of complications such as thromboembolism (<1%) or major bleeding (<2%).

This study used a subset of participants from the SPRINT trial [4], which evaluated the cardiovascular effects of intensive blood pressure control, with a target SBP <120 versus a target of <140. Of 2913 people recruited from that study, 670 were scanned, 462 completed follow-up MRI, and 449 ultimately included in the analysis. Exclusion criteria included the presence of MRI-incompatible implants, severe claustrophobia, and structural lesions on baseline scan. Of note, participants in the MRI sub-study had higher scores on the Montreal Cognitive Assessment compared with the rest of the participants in the SPRINT trial. MRI scans were obtained at a median of 3.97 years after randomization into the BP management groups, with a median 3.40 years of intervention. At follow-up assessment, the intensive treatment group had a significantly smaller increase in transformed white matter lesion volume compared with the standard treatment group. The difference between groups in the transformed white matter lesion volume was −0.54 cm3 (95% CI −0.87 to −0.20).

This study demonstrates the benefits of aggressive hypertensive management. Maintaining a target SBP of less than 120 mm Hg was significantly associated with a smaller increase in cerebral white matter lesion volume. However, the authors did not show that this difference translated to differences in cognitive function between groups, so it is unclear what the clinical implications might be.

The efficacy and safety of inhaled antibiotics for the treatment of bronchiectasis in adults: a systematic review and meta-analysis [5]

While bronchiectasis is classically associated with cystic fibrosis, it can also be caused by chronic respiratory tract infections, immunodeficiencies, ciliary dysfunction, and autoimmune diseases such as rheumatoid arthritis or inflammatory bowel disease. European Respiratory Society guidelines recommend inhaled antibiotics, though the evidence has been limited.

In this study, authors conducted a systematic review and meta-analysis of 16 randomized control trials, excluding those that focused on cystic fibrosis, children, or acute bronchiectasis exacerbations. Endpoints included time until first exacerbation and exacerbation frequency, among others, while safety endpoints included adverse events and bacterial resistance in sputum. Overall, 2597 patients were included in the analysis. Time to first exacerbation was prolonged with inhaled antibiotics (hazard ratio 0.83, 95% CI 0.69 to 0.99; p=0.028), and there was a significant reduction in the frequency of severe exacerbations (rate ratio 0.43, 0.24 to 0.78; p=0.0050). However, quality-of-life scores did not differ significantly between groups. There was also no significant difference in adverse event rates, though there was evidence of bacterial resistance with inhaled treatment.

An Anti-CD3 Antibody, Teplizumab, in Relatives at Risk for Type 1 Diabetes [6]

Type I diabetes is caused by autoimmune destruction of beta cells in the pancreas, and it is suspected to have a significant genetic component. Several interventions have been studied to prevent or delay the onset of type I diabetes among patients with affected relatives and thus at high risk. These include the recent development of teplizumab, an anti-CD3 monoclonal antibody that modifies CD8+ T lymphocytes, which are thought to attack beta cells.

This study recruited relatives of type I diabetics, who were age 8 or older and had two or more detectable, diabetes-related autoantibodies, as well as evidence of dysglycemia. A total of 76 participants were randomly assigned to teplizumab or placebo for two weeks of treatment. The primary endpoint was time from randomization to clinical diagnosis of diabetes. Oral glucose tolerance tests were performed three months and six months after infusion, and every six months thereafter. The median follow-up after infusion was 745 days, and type 1 diabetes was eventually diagnosed in 42 participants (55%). Overall, 19 of 44 participants (43%) who were pre-treated and 23 of 32 participants who were not (72%) developed type 1 diabetes [7]. The median time to diagnosis was 48.4 months in the teplizumab group and 24.4 months in the placebo group (hazard ratio 0.41, 95% CI 0.22 to 0.78; p = 0.006). Adverse effects of the medication included lymphopenia and rash.

This phase 2 trial demonstrates that a single course of teplizumab significantly slows development of type I diabetes in relatives of patients with diabetes. The median delay in diagnosis was two years, which could be particularly meaningful in young children. It would be interesting to see future trials in patients with new-onset diabetes, and find if an adjunctive medication could prevent or reverse destruction of any remaining beta cells.

A cohort study of 5780 patients in six US metropolitan regions evaluated the long-term risks of exposure to ambient air pollutants. Investigators found a statistically significant association between ambient concentrations of ozone, fine particulate matter, nitrogen oxides, and black carbon with higher levels of emphysema assessed via CT. In particular, ambient ozone levels at baseline and during follow-up were associated with a faster decline in forced expiratory volume in 1 second (FEV1).

Increased troponin concentrations have been observed after endurance exercise, but the clinical implications are not fully understood. In an analysis of 725 patients, aged 54 to 69, troponin I levels were trended before and immediately after 30 to 55 km of walking. In 63 patients (9%), post-exercise troponin I concentrations were >0.04 (above the 99th percentile). During a median 43 months of follow-up, 27% of patients with an elevated troponin died or had major adverse cardiovascular events, compared to 7% of patients with normal troponin levels.

In a cohort study of 123,570 US patients over more than 26 years, higher levels of vitamin A intake were associated with a reduced incidence of cutaneous squamous cell carcinoma. Vitamin A, or retinoids, are crucial for growth, differentiation and maintenance of the epithelial cells. A total of 3978 cases of SCC were identified, and the highest quintile of vitamin A intake had a hazard ratio of 0.83 (95% CI 0.75-0.93) compared to the lowest quintile.