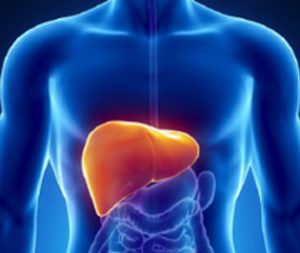 Clinical Scenario: A 63-year-old male with hepatitis C cirrhosis presents to the hospital with abdominal pain and distension.  Initial labs are notable for platelets of 63 and an INR of 1.5.  He is not taking any anticoagulation or antiplatelet agents.

Hospital Practice Question: What venous thromboembolism prophylaxis, if any, should be used in a patient with chronic liver disease and labs consistent with coagulopathy?

Venous thromboembolism (VTE) has been recognized as a major cause of morbidity and mortality amongst hospitalized patients [1].  Primary prophylaxis is typically accomplished in the hospital setting using either pharmacologic or mechanical methods.  Pharmacologic methods for VTE prophylaxis usually involve the use of subcutaneous unfractionated heparin (UFH) or low molecular weight heparin (LMWH).  In patients with chronic liver disease (CLD) and cirrhosis, however, the disease process itself alters the body’s coagulation process with often pathologically elevated international normalized ratios (INRs) and thrombocytopenia.  It has been suggested that this “auto-anticoagulation” might protect patients with CLD against VTE [2].  However, those with CLD might actually be hypercoagulable due to deficiencies in anti-coagulant proteins such as protein C, protein S, and antithrombin III [3].  Thus, given the complex interplay of factors contributing to theoretically increased risks of both bleeding and thrombosis, there remain many questions about what is truly seen clinically.

Various studies have been performed to assess this idea of “auto-anticoagulation” in patients with CLD.  A systematic review was performed by Pincus et al. to assess the risk of VTE in this population [4].  Six retrospective, single-center studies were identified and reported a VTE incidence varying from 0.5%-6.3%.  These studies, however, were limited by their retrospective nature, as well as rates or methods of prophylaxis that were often not reported.  Risk factors for developing VTE were decreased serum albumin, diabetes mellitus, previous VTE, increased PTT, and acquired antithrombin III, protein C, and protein S deficiencies.  A population-based cohort study by Sogaard and colleagues that was included in the review compared the relative risk for VTE in the general population versus in those with CLD, stratifying further into those with cirrhotic liver disease (RR 1.74; 95% CI 1.54 to 1.95) and those with noncirrhotic liver disease (RR 1.87; 95% CI 1.54 to 1.95) [5].  When further limited to a diagnosis of unprovoked VTE, the relative risks increased to 2.06 (95% CI 1.79 to 2.38) in those with cirrhotic liver disease and 2.10 (95% CI 1.91 to 2.31) in those with noncirrhotic liver disease.

So, in patients with CLD, why do we see an increased risk of VTE despite elevated INR values?  It has been widely accepted that derangements in hemostasis tests such as INR, prothrombin time (PT), and activated partial thromboplastin time (aPTT) are causally related to risk of bleeding, and based on this concept it is common practice to attempt to correct these values prior to procedures such as a liver biopsy [6].  However, literature over the past few years has challenged this concept that abnormal hemostasis tests are an appropriate indicator of hemorrhagic risk [7,8].  PT and aPTT might not fully reflect the balance of pro-coagulants and anti-coagulants that is seen in vivo in a condition such as cirrhosis.  One postulated explanation for this is that protein C activation relies partially on endothelial receptor thrombomodulin to exert its inhibition of thrombin.  However, the plasma and reagents used to test the PT and aPTT do not have significant quantities of thrombomodulin, thus the effect on thrombin is more greatly influenced by the pro-coagulant drive.  Therefore, it is proposed that the PT can detect deficiencies in pro-coagulant proteins but is a poor predictor of the balance in the coagulation system and may not adequately predict bleeding risk [9].

With data suggesting that patients with CLD are at increased risk for VTE, multiple studies have been performed to evaluate the safety and efficacy of different methods of VTE prophylaxis in this population.  One single-center, retrospective cohort study by Barclay and colleagues reviewed medical records for 1581 patients with CLD hospitalized over a three-year period [10].  Pharmacologic VTE prophylaxis was used in 24.7% of the patients, and the incidence of VTE was 0.5% in the prophylaxis group versus 1.8% in the group without prophylaxis (p=0.05).  Active malignancy, trauma or surgery during hospitalization, or history of VTE were identified as risk factors for VTE.  A retrospective, multicenter chart review by Rechert et al. looked at the risk of overall hemorrhage for patients receiving pharmacologic VTE prophylaxis compared with no prophylaxis. Data revealed a statistically significant increased risk of hemorrhage in the group using pharmacologic VTE prophylaxis (17.5% vs. 7.4%, p=0.02) [11].  Of note, however, the overall incidence of hemorrhage was primarily driven by an increased incidence of minor hemorrhage, with no significant difference in major hemorrhage incidents between the groups.

Although there is a growing body of data investigating the risk of VTE in patients with CLD, as well as the use of pharmacologic VTE prophylaxis, the aforementioned studies are limited in their retrospective designs, and there are no commercially used laboratory values that clearly delineate increased risk of hemorrhage. Patients with an INR >2.0 often have a significant decrease in pharmacologic prophylaxis use, however the American Association for the Study of Liver Diseases suggests that there is no particular laboratory cutoff value for PT/INR and/or platelet count that can reliably predict potential bleeding [12,13].  Thus, it is left to individual institutions and practices to determine the risks and benefits of pharmacologic prophylaxis based on patient risk factors, lab values, and overall clinical judgment.

Routine clotting times do not adequately reflect hemostatic potential or risk of bleeding in patients with chronic liver disease. This is due to imbalance in hemostatic and anti-hemostatic factors and endothelial cell dysfunction, neither of which are reflected in standard clotting times. Both an increase in bleeding and clotting complications are seen in this patient population. When to use product support and which patients should receive chemical VTE prophylaxis are difficult to standardize, requiring an individualized approach.

[6] Grant A, Neuberger J. Guidelines on the use of liver biopsy in clinical practice. British Society of Gastroenterology. Gut. 1999 Oct;45 Suppl 4:IV1-IV11. https://gut.bmj.com/content/45/suppl_4/IV1

[7] Tripodi A, Primignani M, Mannucci PM. Abnormalities of hemostasis and bleeding in chronic liver disease: the paradigm is challenged. Internal and emergency medicine 2010;5:7-12.

[8] Tripodi A, Mannucci PM. Abnormalities of hemostasis in chronic liver disease: reappraisal of their clinical significance and need for clinical and laboratory research. Journal of hepatology 2007;46:727-33. https://www.journal-of-hepatology.eu/article/S0168-8278(07)00056-6/pdf