Is there evidence to support the use of omega-3 fatty acids in preventing cardiovascular events? 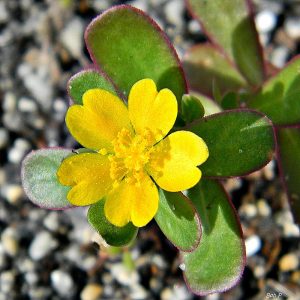 A quick web search would suggest countless reasons to take fish oil, a supplement that Americans have fallen in love with. In 2012, fish oil, which is composed of two omega-3 fatty acids–eicosapentaenoic acid (EPA) and docasahexaenoic acid (DHA)—was the natural product  most commonly used by US adults, with nearly 20 million Americans taking the supplement.1 The potential health benefit of fish oil was first postulated in the 1970s by Danish scientists visiting an Inuit village in Greenland. The scientists discovered that the villagers, who ate a diet rich in omega-3 fatty acids, had lower levels of cholesterol and triglycerides compared to the Danish population. Early scientific studies went on to further support the idea that fish oils have a cardiovascular benefit. The popularity of fish oil was further strengthened in 2002, when the American Heart Association (AHA) issued a scientific statement concluding that “omega-3 fatty acids have been shown in epidemiological and clinical trials to reduce the incidence of cardiovascular disease,” despite mixed evidence. Fish oil sales grew sharply, with the percentage of Americans taking the supplement rising from 4.8% in 2002 to 7.8% in 2012.1 Today, fish oil companies continue to endorse an array of putative benefits from fish oil supplements, with fish oil company Nordic Naturals stating that the benefits of fish oil “go far beyond the heart” and fish oil company Dr. Tobias suggesting that it can be used to benefit patients with a whole host of diseases, including  heart disease, dementia, Alzheimer’s, arthritis, symptoms of asthma, pneumonia, depression, suicide, wrinkles, acne, and psoriasis.2

Yet while fish oil is loyally embraced by many of our patients, advertised aggressively by fish oil companies, and promoted enthusiastically by the media, most of its purported health benefits have not been substantiated by scientific evidence. In fact, the only FDA-approved indication for omega-3 fatty acids is to lower triglycerides in patients with hypertriglyceridemia.3 One alleged use for fish oil has been hotly debated and explored in a variety of observational studies, animal studies, and randomized control trials: does supplementation with omega-3 fatty acids prevent cardiovascular events? Let’s review the evidence.

Much of the fanfare  around this supplement has emerged from early animal experiments and small randomized controlled trials suggesting that fish oil can reduce various risk factors associated with cardiovascular disease, including systolic and diastolic blood pressure4 and resting heart rate,5 with animal studies suggesting that omega-3 fatty acids could be acting directly on cardiac electrophysiological pathways.6 One study showed that consumption of omega-3 fatty acids improved cardiac filling and myocardial efficiency in marmoset monkeys,7 and short-term experimental trials showed that consumption of omega-3 fatty acids improved left ventricular diastolic filling in healthy adults and patients with congestive heart failure.8,9 Other proposed mechanisms of the putative cardioprotective effects of omega-3 fatty acids involve improvement of endothelial function, alteration of inflammatory pathways, and decreased risk of arrhythmias.10 The real question, however, is whether modification of cardiac risk factors observed in these studies translates to a demonstrable decrease in cardiovascular events in randomized control trials.

Two early clinical trials, the GISSI-Prevenzione Trial (1999), which studied patients surviving myocardial infarction, and the JELIS Trial (2007), which studied patients with hypercholesterolemia, showed that supplementation with omega-3 fatty acids resulted in significant protection from coronary events.11,12 In 2008, the GISSI-HF trial was published, demonstrating a small mortality benefit for patients with chronic heart failure.13 However, five subsequent trials found that there was no cardioprotective benefit with omega-3 fatty acid supplementation in patients who survived myocardial infarction, had major cardiovascular risk factors, or had dysglycemia.14-18 In the past few months, three new trials have published findings on the use of omega-3 fatty acids for the prevention of cardiovascular events. The ASCEND trial, published in October 2018, studied the use of omega-3 fatty acid supplementation (1 g daily) in 15,480 patients with diabetes mellitus, with a primary composite outcome of serious vascular event or revascularization. The researchers found no differences in the primary composite outcome or in nonfatal myocardial infarction rate between the control and treatment group, in line with previous results.19

The US Department of Agriculture recommends eating at least 8 ounces of seafood per week on a 2000-calorie diet,21 based on various studies that have suggested  fish consumption is associated with decreased rates of CHD, non-fatal myocardial infarction, and stroke.22 It’s possible that participants who consume 1.5 servings of fish per week do not benefit from additional fish oil supplementation, as they already receive the cardioprotective effects from direct consumption of fish, while participants who do not regularly consume fish stand to benefit from supplementation with fish oil.

The exploratory analysis conducted by the VITAL trial needs to be interpreted with caution, as the authors did not control for multiple hypothesis testing and made no formal adjustments to confidence intervals or p-values.20 Furthermore, the benefits of fish oil found in exploratory analysis were modest. For example, the absolute risk reduction in myocardial infarction between the experimental and control group was only 0.42% for all patients and 0.47% for black patients. The absolute risk reduction in the primary outcome for participants who have lower fish intake taking fish oil compared to the placebo could not be calculated because the study did not publish the full breakdown of subjects. Still, the results of this trial suggest that supplementation of omega-3 fatty acids could have some benefit in certain circumstances. These hypotheses could be worth exploring in future randomized control trials.

Finally, another recent study, the REDUCE-IT trial, was published in January 2019, with results markedly different from its contemporaries.  The trial studied the use of omega-3 fatty acid supplements (2 g twice a day) in 8179 participants with either established cardiovascular disease or with diabetes and at least one other cardiac risk factor who had been receiving statin therapy and had a fasting triglyceride level between 135 and 499 mg/dL. The primary composite outcome consisted of cardiovascular death, nonfatal myocardial infarction, nonfatal stroke, coronary revascularization, or unstable angina. The study showed a significant improvement in primary outcome in participants who took the omega-3 fatty acid supplements compared to participants who did not (HR 0.75, 95% CI 0.68-0.83). Furthermore, the fish oil group had an improvement in various prespecified secondary end points, including a composite of cardiovascular death or nonfatal myocardial infraction, fatal or nonfatal myocardial infraction, emergency or urgent revascularization, cardiovascular death, hospitalization for unstable angina, and fatal or nonfatal stroke.23

In summary, most of the published clinical trials do not show a demonstrable reduction in cardiovascular events associated with taking fish oil, and the newly published ASCEND and VITAL trials are in line with these findings. However, fish oil could still be beneficial for select groups of patients, especially those who do not eat fish, as suggested by the VITAL study, and those with known cardiovascular disease or risk factors who have statin-resistant high triglycerides, as suggested by the REDUCE-IT trial. In fact, the AHA continues to endorse the use of fish supplements for patients with coronary heart disease, stating that “even a potential modest reduction in CHD mortality in this clinical population would justify treatment with a relatively safe therapy.”25 Regardless, more research is certainly merited to iron out the discrepancies in these aforementioned studies. Until then, if you’re not a huge fan of weekly salmon, a bit of fish oil might not hurt.

Lily Cao is a medical student at NYU School of Medicine