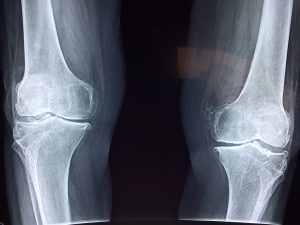 Although it has been more than 40 years since the introduction of percutaneous coronary intervention (PCI), many clinical questions remain. This trial aimed to answer the longstanding question of whether PCI of non-culprit lesions during STEMI is worth pursuing for further risk reduction among patients with multi-vessel disease.

The study was a multinational, randomized controlled trial of 4041 patients. Patients were randomized to either complete revascularization (done within 45 days of the event) or culprit-lesion-only PCI and were followed for a median of 3 years. The two co-primary outcomes measured were (1) a composite of death from CV events or new MI, and (2) a composite of death from CV events, new MI, or ischemia-driven revascularization. Compared to the culprit-only group, the complete revascularization group had 26% fewer (HR, 0.74; 95% CI, 0.60-0.91; P=0.004) and 49% fewer (HR 0.51; 95% CI, 0.43-0.61; P<0.001) bad outcomes for the respective co-primary endpoints. The number needed to treat was 37 and 13, respectively. Notably, the incidence of death was similar in the two groups, and the main driver of the primary endpoint difference was a difference in non-fatal MI’s.

An interesting caveat of this study is that the inclusion criteria somewhat cherry-picked the non-culprit lesions. To be eligible for randomization, the patient had to have an additional non-culprit lesion with at least 70% visually estimated stenosis or with 50-69% stenosis and measured fractional flow reserve of 0.80 or less. Therefore, the main clinical conclusion of this study was not that complete revascularization is a good strategy for patients with “severe” multi-vessel disease, but rather the timing of the complete revascularization does not matter if done during index hospitalization or shortly after discharge. Finally, whether a single procedure for both the infarct lesion as well as non-culprit lesions could be performed at time of presentation was not studied and is perhaps the most clinically and economically relevant question.

Effect of Intra-Articular Sprifermin vs Placebo on Femorotibial Joint Cartilage Thickness in Patients With Osteoarthritis: The FORWARD Randomized Clinical Trial [2]

This phase 2, industry-sponsored, randomized controlled trial investigated sprifermin for use in osteoarthritis (OA). Sprifermin is a recombinant human fibroblast growth factor 18 that has had encouraging results in animal models for intra-articular induction of chondrocyte activity. If approved, it would become the first disease-modifying drug for OA in the US.

The trial consisted of 549 patients randomized to five treatment groups, including four different dosing schedules of sprifermin and one placebo group. Patients were followed for 5 years. The main outcome of interest was change in total femorotibial joint cartilage thickness from baseline, measured by quantitative MRI. Statistically significant, dose-dependent increases in thickness were observed with sprifermin versus placebo. Compared with placebo, the largest treatment effect was seen in the highest-dose group (100 ug every 6 months), which showed an average increase in thickness after 2 years of 0.05 mm (95%CI, 0.03-0.07 mm). There was no difference in pain and function scores amongst the groups due to a strong positive placebo effect. Adverse effects were reported by greater than 90% of the study population, including 92.5% of the placebo group, and thus were not likely related to the drug.

This study provides evidence that sprifermin works by its proposed mechanism of action, which is a victory over other investigational agents such as platelet-rich plasma or stem cell injection. However, it is not clear if its effect is clinically relevant. Further work could examine if this medication actually delays time to knee replacement, obviates use of pain killers, or changes other clinically meaningful parameters.

The gut microbiome seems to be a hot topic for both scientific study and popular culture these days. Thankfully, this study from Taiwan offers some compelling evidence that antibiotics aren’t necessarily destroying our gut microbiota and making us sicker.

This multicenter, open-label randomized trial looked at 1620 patients who underwent one of three standard therapies for H. pylori eradication (“triple therapy,” “concomitant therapy,” and “quadruple bismuth therapy”). They found that all regimens temporarily reduced gut microbiome diversity, but populations were at least partially restored after 8 weeks. Those who received triple therapy had their microbiota fully restored after 8 weeks and at one year. The other two groups had a more gradual restorative trend but with some significant changes from baseline in alpha and beta diversity (representing species richness and environmental composition, respectively) still seen at one year. Despite this, none of the therapies were associated with a permanent increase in antibiotic-resistant E. coli, and metabolic parameters such as insulin resistance, LDL/HDL levels, and triglyceride levels actually improved after all treatments.

H pylori eradication appears safe for the gut microbiome, although triple therapy seems preferable compared to the other two regimens. Aside from slight increases in weight and BMI, none of the regimens showed negative metabolic or antibiotic-resistance effects, which were previously reported in shorter-term observational studies. However, only E. coli were tested for resistance, and macrolides, a very important group of antibiotics, were not tested. Further studies are needed before any firm conclusion can be made about the complex relationship between antibiotics and the gut microbiome.

This trial examined the role of loading plus long-term maintenance-dose azithromycin during and after an acute COPD exacerbation requiring hospitalization. Researchers screened 2,063 patients across 20 hospitals in Belgium, but enrolled/randomized just 301 patients (15%). Patients were excluded for prolonged QTc, existing chronic azithromycin therapy, non-infectious exacerbations, patient preference, and “other co-morbidities/social circumstances,” among other reasons. The primary endpoint was a novel composite called “treatment failure” consisting of time to first event of either treatment intensification with systemic corticosteroids and/or antibiotics for respiratory reasons; step-up in hospital care, including transfer to the ICU or readmission for respiratory reasons; and all-cause mortality. Compared to those on placebo, patients on azithromycin had a 27% lower chance of treatment failure within 3 months after discharge (HR 0.73; 95% CI, 0.53–1.01; P=0.0526). Unfortunately, treatment benefits were lost 6 months after withdrawal of the antibiotic.

At first glance, the data is impressive, considering the large effect size, but its generalizability is questionable given so few patients actually qualified for the study. Also, patients in the two experimental groups reported no difference in quality of life. Indeed, while infectious exacerbations went down on azithromycin, necessitating fewer non-study antibiotics over the trial period, the use of steroids actually went up, suggesting that patients on chronic antibiotics may develop more non-infectious exacerbations.

Investigators examined if patients with peanut allergy can be desensitized with daily oral peanut therapy over 2 years and whether the effect is sustained after discontinuation (or dose-lowering) for up to a year thereafter. Unfortunately for wannabe peanut eaters, most patients (87%) did not remain desensitized after discontinuation of therapy. There may be a select group of patients for whom the therapy does work, and this can be predicted by baseline biomarkers.

This trial examined two different dosing regimens of simvastatin with rifaximin for decompensated cirrhosis and found that a higher dosage of simvastatin (40 mg/day) was associated with a higher rate of adverse events and biomarker worsening. Nineteen percent of patients in this group (n = 3) developed rhabdomyolysis, compared to none in the 20 mg simvastatin and placebo groups. Efficacy data is not yet available, and it remains to be seen if the benefits of this combination treatment outweigh the observed risks.

Diagnosis of osteoporosis in statin-treated patients is dose-dependent [7]

As statins have gained prominence, physicians often ponder their interaction with common disease processes. These investigators found via cross-sectional retrospective data that patients on higher doses of statins had higher rates of osteoporosis compared to controls. Conversely, those on low-dose statins actually had underrepresented rates of osteoporosis. There are many confounders, but this study highlights the importance of statin type and dosage for future studies examining the role of statins in disease.