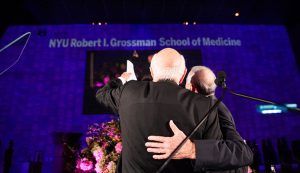 There has always been a positive association between good health and participation in sports, including lower all-cause mortality and lower risk of cardiovascular disease2,3. Recently, however, there has been a lot of press on the negative impacts on health, specifically the acquisition of neurodegenerative diseases (ND) like Chronic Traumatic Encephalopathy (CTE), in patients who previously played contact sports. This retrospective cohort study, conducted out of Glasgow, compared mortality from ND among 7676 former professional soccer players to 23,028 controls in the general population1.

The results of the study showed that among professional soccer players the mortality associated with neurodegenerative disease being listed as the primary cause of death on the death certificate, was 1.7% compared to 0.5% in the control group, which was statistically significant. Dementia medication were prescribed more often to former soccer players than to the control (OR 4.90; CI of 95%, 3.81 to 6.31, P<0.001), dementia medications were less frequently prescribed to goal keepers. The study did find that mortality from ischemic heart disease and lung cancer were lower among former professional soccer players compared to the control group1.

The study noted that one limitation was that death certificates can be inaccurate, that is why the study looked at which former soccer players received dementia medications to corroborate that a ND existed1. Another limitation that was not addressed, is that CTE, can present as depression and even suicide before the patient progresses to dementia, there was no accounting of depression or suicide as evidence of ND in the study. This study also notes that it cannot extrapolate if ND is prevalent in former athletes who competed in recreational soccer, but this should be looked at in future studies.

Elexacaftor–Tezacaftor–Ivacaftor for Cystic Fibrosis with a Single Phe508del Allele4  https://www.nejm.org/doi/10.1056/NEJMoa1908639

After a successful phase II clinical trial using the next generation cystic fibrosis transmembrane conductance regulator (CFTR) corrector elexacaftor, in combination with tezacaftor and ivacaftor, a phase 3, double blind, randomized placebo controlled clinical trial was conducted.  The trial consisted of 403 participants and assessed the safety and efficacy of the 3 drug combo in patients 12 years of age or older, who possessed the Phe508del–minimal function genotypes4.The primary endpoint of the study was to assess the absolute change from baseline of FEV1 at 4 weeks4.

The study showed that the intervention group of elexacaftor-tezcaftor-ivacaftor had a predicted FEV1 that was 13.8 percentage points higher at 4 weeks and 14.3 percentage points higher at 24 weeks compared to the placebo group. The intervention group also had 63% reduction in the annual rate of pulmonary exacerbations. Sweat chloride concentrations were significantly improved at week 24 relative to placebo with p<0.01. A concern from the phase II trial was an increased incidence in elevated aminotransferase levels, this did occur in the phase III trial (22 patients) but were low grade in 91% of patients and did not prevent continuation of treatment.  The side effect profile of the 3-drug combo was found to be generally safe and adverse events leading to discontinuation of the trial regimen only occurred in 1% of patients, with no deaths in either arm4.

Unlike previous CFTR modulators, this 3-drug combo, specifically modulates CFTR in people with Phe508del–minimal function genotypes, ivacaftor alone for instance, is the benchmark for highly effective treatment in patients with Gly551Asp CFTR mutation. This combo of elexacaftor-tezcaftor-ivacaftor will be beneficial to a large population of patient with the Phe508del allele, where there was previously no available CFTR modulators4.

Being able to identify mutations in colorectal cancer, has allowed for targeted treatment therapies, and provides prognostic information for patients. A mutation in BRAF V600E mutation is known to have a poor prognosis, with median overall survival of 4-6 months after initial therapy failure, in patients with metastatic colorectal cancer. Direct targeted BRAF therapy, has proven to date, to be ineffective5.

This study is a phase III German Dermatologic Oncology Group trial comparing distant metastasis-free survival (MFS), recurrence free survival (RFS) and overall survival (OS) in patients with melanoma with positive sentinel lymph node biopsy. The participants were randomly assigned to complete lymph node dissection (CLND) or observation. The final results at a median follow up at 72 months, showed that CLND is not superior to observation in terms of DMFS, RFS or OS6.

Association of Testosterone Therapy With Risk of Venous Thromboembolism Among Men With and Without Hypogonadism7   https://doi.org/10.1001/jamainternmed.2019.5135

In a case-crossover study, that analyzed data from 39,622 men (3,110 with hypogonadism), aimed to see if short-term testosterone therapy is associated with increased an increased risk of VTE in men with and without evidence of hypogonadism. Testosterone therapy in all case periods was associated with a higher risk of VTE regardless or hypogonadism. Among the men with hypogonadism there was a higher risk for VTE in the 3-month case period for those 65 years or younger than compared to older men, but this was not statistically significant, with P=0.147.

In a cluster-randomized clinical trial that spanned 7 countries and 78 nursing homes, evaluated the Palliative Care for Older People (Pace) Step to Success Program, which is a multicomponent intervention to provide non-specialist palliative care in nursing homes. The results of the study found that the primary resident outcome of resident comfort in the last week of life did not differ between the intervention and control group. The primary staff outcome of knowledge of palliative care differed significantly between the intervention and control groups, but the difference was small and found not to be clinically important8.

ARCHES is a multinational, phase III clinical trial which included 1150 men with metastatic hormone sensitive prostate cancer who were randomized 1:1 to enzalutamide or placebo, plus androgen depravation therapy (ADT). The study found that enzalutamide plus ADT significantly reduced the risk of radiographic progression or death when compared to placebo, with a hazard ration of .39, with a 95% CI of 0.30 to .50, that was statistically significant with P <.0019.