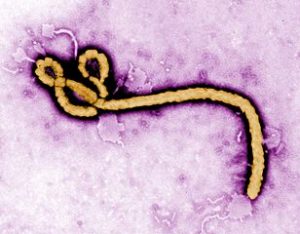 The Democratic Republic of Congo (DRC) has recently experienced a series of Ebola virus outbreaks, including the second largest in history, in 20182. Randomized clinical trials can be challenging to conduct during disease outbreaks, given a number of ethical and logistical concerns. Nevertheless, a recent meta-analysis highlighted the significant population heterogeneity among clinical trials of different medications to treat Ebola virus3. The PALM trial is unique as a RCT comparing the four most promising Ebola-directed treatments.

The study has a few important limitations. First, mortality in the ZMapp group was significantly higher than that seen in other studies using this treatment, suggesting that there may have been significant differences in the study populations, viral epitopes, or supportive treatment given. Additionally, time to initiation of ZMapp and remdesivir was longer, which may have affected efficacy. Despite these limitations, the study provides an important direct comparison of treatments. Furthermore, while conducting a large, randomized trial during an outbreak – let alone in a military conflict zone – is challenging, it is possible.

Screening for breast cancer among women with extremely dense breast tissue is challenging, as while these women have a higher incidence of breast cancer, it is also more difficult to detect cancer on screening mammography5. One potential strategy is to utilize other imaging modalities, including MRI.  The DENSE study investigated whether utilization of breast MRI in in women with extremely dense breast tissue could decrease the incidence of new interval cancers diagnosed in the 2 years after initial screening.

This study has several important limitations. It is not known whether detecting cancers earlier/during the screening interval corresponds to a patient-centered benefit, such as an increase in overall survival. Many of the cancers detected had favorable histopathologic features, suggesting that they may have been indolent. Additionally, while the cancer detection rate for breast MRI was 1.7%, the false-positive rate was 8.0%. This resulted in many women undergoing unnecessary invasive testing, as only 26.3% of women who were biopsied actually had cancer.

Physicians and the general public depend on the objectivity and integrity of clinical research to make informed medical decisions. Disclosure of financial conflicts of interest (COI) is widely considered to be an important component of this process, which has become a requirement for most medical journals. This study evaluated whether disclosure of COI influenced journal reviewers’ ratings of manuscript quality. Reviewers for Annals of Emergency Medicine were randomized to either receive or not receive COI disclosures, and quality ratings were compared between the two groups.

838 reviewers reviewed 1480 manuscripts in total, of which 35% had disclosed COI, and 65% did not.  There were 3041 reviews in total, averaging 2.1 reviews per manuscript. Reviewers who received COI information gave an average desirability score of 2.74 out of 5, similar to the average of 2.70 among reviewers who did not receive COI information (mean difference 0.04; 95% CI, –0.05 to 0.14). There was also no significant difference in manuscript-specific scores, with or without disclosed COI.

Reviewers for Annals of Emergency Medicine do not routinely receive COI information, though the editors do receive it. The reviewers were not given specific guidance on COI, so one potential limitation of the study is that the reviewers may not have known how to apply such information to their review.  Furthermore, emergency medicine may be somewhat insulated from certain financial biases, as EM physicians do not routinely prescribe medications for chronic conditions. Further research is necessary to determine the applicability of these results to other fields, as well as to identify the most effective means of handling financial COI.

Large-Scale Assessment of a Smartwatch to Identify Atrial Fibrillation7

In this study, participants without a known history of atrial fibrillation (AF) were recruited to wear an Apple Watch for a mean of 117 days. Among the 419,297 enrolled, 2161 participants (0.52%) had an irregular pulse identified by the watch. These patients were then offered an EKG patch, to be worn for 7 days. Of the 450 patients who followed-up and wore the patch, 34% were confirmed to have AF. The Apple Watch was able to detect an irregular pulse 84% of the time that the EKG patch showed AF. The results show that while only a very small percentage of participants were noted to have AF, the watch was fairly accurate in identifying AF, when present.

Patients with relapsed or refractory DLBCL have limited treatment options, and the combination of bendamustine and rituximab (BR) is a standard second-line option. This study evaluated the combination of polatuzumab vedotin (PV) and BR versus BR alone. The investigators found that the addition of PV, an anti-CD79b antibody-drug conjugate, resulted in a complete response rate of 40.0%, compared to 17.5% for BR alone (P = 0.026). The addition of PV also significantly increased overall and progression-free survival.

Warfarin has long been suspected to have adverse effects on bone health, however prior data has been mixed. This large study compared the incidence of fractures in 167,275 nonvalvular atrial fibrillation patients treated with either warfarin or direct oral anticoagulants (DOACs). Patients treated with DOACs had significantly fewer total fractures (HR, 0.93; 95% CI, 0.88-0.98) and fractures requiring hospitalization (HR 0.87; 95% CI, 0.79-0.96), though there was not a statistically significant decrease in the incidence of hip fractures.