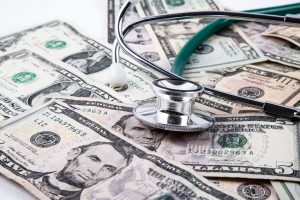 With greater than 40% of Americans struggling with weight, obesity and its co-morbidities are currently the leading cause of death in the US [2, 3]. Included in the CDC’s list of co-morbidities is cancer – specifically endometrial, breast, colon, kidney, gallbladder, and liver cancers [3]. While not an entirely new concept, many physicians don’t consider the strength of the association, nor counsel their patients on this risk [4].

This Danish study attempted to better characterize the association between cancer and obesity. Researchers looked at 40 years of data from a national registry, identifying patients by the diagnosis codes for overweight or obesity. Coding correlated well with a BMI over 25, but the study did not use BMI itself. They then used Danish incidence rates of cancer based on age, sex, and diagnosis year to determine the expected number of cancer diagnoses in the cohort. They adjusted for co-morbidities, but the study did not have access to smoking and alcohol intake, so COPD and alcohol-related diagnoses were used as proxies. The results were reported as “SIRs” or age- and gender- standardized incidence ratios compared to the Danish general population.

While more investigation is needed to find the causation between obesity and cancer, this is another large population-based study showing an association. The biggest downside to this study is the lack of individual data on known risk factors like tobacco and alcohol use. Regardless, it is a reminder that we should be counseling our patients on more than just hypertension and diabetes when it comes to their need to lose weight.

Many of us have heard the data from a 2012 survey revealing that 5% of the US population accounts for 50% of the healthcare costs [6]. Numerous initiatives are now aimed at identifying these “high users” or “superutilizers” – patients who frequently go to the hospital and use a significantly larger percentage of healthcare spending than the average patient. The term hotspotting comes from a 2011 article by Atul Gawande, focusing on the identification of these patients [7].

This randomized controlled trial assessed the effectiveness of a hotspotting method known as the Camden Core Model, which was developed by the Camden Coalition of Healthcare Providers [5]. The method aims to identify individuals frequently admitted to the hospital with complex medical and social conditions, and then connect them with medical and governmental services through the use of face-to-face mentoring by different healthcare workers. In this study in particular, hospitalized patients from Camden, New Jersey were identified as high utilizers and then randomized to the Camden Core Model or to usual care. They were then monitored for 180 days after discharge.

A total of 800 patients were enrolled in the study. While these patients accounted for only 0.5% of the eligible patient pool, they accounted for 11% of hospital expenditures. Of the 800, 50% were male, 40% were less than 55 years old, and 55% were non-Hispanic black. Most patients were on Medicaid or Medicare. Over 94% of the patients were unemployed.

The treatment group results were rather impressive: 95% had three or more encounters with a Camden Core Model staff member after discharge; 75% had a home visit within 14 days of discharge and a provider visit within 60 days; and they averaged over 7 home visits and 8 phone calls. Participants stayed with the program for a median of 92 days. Unfortunately, despite these successes, readmission rates were the same between groups: 62.3% in the treatment group and 61.7% in the control group. There was also no difference in 180-day mortality. While this may suggest that aggressive follow-up alone does not reduce hospital admissions, the study did not comment on other potentially important outcomes, such as patient trust in healthcare or number of primary care visits.

While exact data on the prevalence of aortic stenosis (AS) in the US is difficult to find, AS is the most common valvular heart disease and is expected to continue to rise in incidence over the coming years [9]. What to do for symptomatic severe AS is clear – surgery [10]. In patients with an ejection fraction less than 50% or those undergoing other cardiac surgery, surgery is also recommended. For asymptomatic patients, recommendations are not as clear, as data thus far has been mixed [8].

The RECOVERY trial was a multicenter, randomized, controlled trial based in Korea. It aimed to help answer this question for very severe AS, defined as “an aortic-valve area of 0.75 cm2 or less with either a peak aortic jet velocity of 4.5 m per second or greater or a mean transaortic gradient of 50 mm Hg or greater,” per ACC-AHA guidelines based on transthoracic echocardiogram [8]. The study excluded patients with ejection fraction <50%; significant other aortic or mitral valve disease; or symptoms including syncope, pre-syncope, angina, and exertional dyspnea. Patients who could not undergo surgery were also excluded. The endpoint was operative mortality or death from cardiovascular disease during a 4-year follow-up period after the last patient was enrolled. Data was reported on an intention-to-treat basis.

The study enrolled 145 patients. The mean age was 64 and 49% were men. Most cases were caused by bicuspid aortic valve or degenerative disease. For the primary endpoint, the early-surgery group had a much lower incidence, with 1 patient (vs 11 patients in the conservative group) dying from either operation or cardiovascular disease (hazard ratio 0.09; 95% CI, 0.01-0.67). The authors also reported a lower-than-average operative morality rate and acknowledged they had made improvements in post-operative care at the facilities, thus potentially muddling the results.

Overall, this study shows that asymptomatic patients who can tolerate aortic valve replacement would likely benefit from early surgery, if good post-operative care is possible. This study does not address other, less severe stages of AS, but it is a step towards better addressing AS when we encounter it on echo.

This trial enrolled patients with atrial fibrillation who drank 10 or more standard drinks in a week and randomly assigned them to abstinence or continued use. Data was collected over 6 months via twice-daily transmissions of 30-second electrocardiogram tracings, regardless of symptoms, plus additional tracing when patients felt they were having symptoms. The abstinence group reduced their weekly alcohol intake from 17 to 2 drinks on average, while the control group changed from 16 to 13. The abstinence group both had a longer onset before recurrence of atrial fibrillation (HR = 0.55; 95% CI, 0.36-0.84; p=0.005) and lower burden over 6 months.

This study focused on outpatient medicine visits in adult, non-surgical specialties and looked at time spent on the electronic health record (EHR). It included over 2,000 health care centers across the US that used Cerner’s EHR during 2018. They found these outpatient providers spent on average 16 minutes per encounter in the EHR, and 33% of that time was spent doing chart review. With an average of 12.3 patient encounters per day, this comes out to about 3.28 hours of time spent on the EHR during patient encounters.

Thirty eight states across the US have laws that dictate that mammogram reports also comment on risks related to having dense breast tissue. This study looked at the association between states with these laws (DBN states), women’s awareness of breast density, and their anxiety around breast cancer. Women in DBN states noted they had increased breast density more often than those in non-DBN states; this effect was lost among women with a high school education or less. There was also no difference between DBN and non-DBN states with regard to women’s understanding that dense breast tissue is associated with a higher risk of cancer, or their anxiety around getting breast cancer.