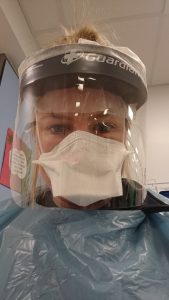 With medicine advancing at such a rapid pace, it is crucial for physicians to keep up with the medical literature. This can quickly become an overwhelming endeavour given the sheer quantity and breadth of literature released on a daily basis. Primecuts helps you stay current by taking a shallow dive into recently released articles that should be on your radar. Our goal is for you to slow down and take a few small sips from the medical literature firehose.

1) “Fertility, mortality, migration, and population scenarios for 195 countries and territories from 2017 to 2100: a forecasting analysis for the Global Burden of Disease Study” [1]

Predicting the future is tricky, a lesson learned all too acutely in 2020’s SARS-CoV-2 pandemic. But while predicting the future rarely leads to definitive answers, anticipating the movement of populations – even over an ambitious 80-year-timespan – remains important. Certain organizations have been using statistical models to anticipate population growth since the 1950s, predictions that tend to result in dire overpopulation [2]. This study used novel statistical models to answer that same question – what will the rest of the century look like?

Using their reference scenario, the authors predicted a global total fertility rate of 1.66 by 2100, with a population peak in 2064 at 9.73 billion, followed by a subsequent decline to 8.79 billion by 2100. This was much less than previously predicted. Of note, by 2050, 151 countries are forecasted to have a fertility rate lower than replacement level; the number increased to 183 by 2100. This coincided with a shift in age structure towards those over the age of 65.

Alternative scenarios, including meeting target contraceptive needs and education as laid out by the Sustainable Development Goals, resulted in a global population of 6.29 billion in 2100. The major takeaway is that as women achieve more education and access to contraception, fertility worldwide declines and population growth attenuates. Knowing that overpopulation is a danger in the face of climate change and the scarcity of resources, this study’s models offer a more optimistic outlook for the future, especially when taken in combination with the idea of increasing education and contraceptive needs met for women worldwide.

Oddly, mask-wearing in the US has become a political statement, but has played an integral role in mitigating risks in a healthcare setting. This study was an attempt by Masschusetts General Hospital to corral their data between mask-wearing precautions and the incidence of SARS-CoV-2 infection among their workers.To do so, they broke the pandemic into three separate time intervals surrounding the implementation of mandatory mask-wearing precautions in the hospital: March, which was mostly pre-mask wearing, followed by a “transition period” where healthcare workers wore masks but patients didn’t, and the end of April, where both healthcare workers and patients were required to wear masks.

Unsurprisingly, universal masking of both healthcare providers and patients resulted in a statistically significant lower rate of positive SARS-CoV-2 tests among the providers themselves, even as infection rates continued to climb in the general population. The authors acknowledge that randomized trials of universal masking in the setting of a pandemic are “likely not feasible,” and that the external aspects of the pandemic – the cancellation of elective procedures, social distancing implementations, and increased mask-wearing outside the hospital – may have confounded the data.

Still, the authors argue, the decrease in positive tests among healthcare providers coincides with mask wearing requirements, and may represent a small, but important intervention with real-life consequences. In the absence of other evidence-based interventions, universal masking does seem to have supporting data in this study, and remains an essential recommendation until the pandemic is better controlled.

Nutrition studies often have limited reliability as their findings are usually based on self-reported food intake. Bar placing individuals into a lab setting as part of a randomized controlled trial, it becomes difficult to widely apply their results to the real world.

Still, because of this limited feasibility of placing individuals into a randomized controlled trial, self-report is sometimes all we have. In this observational cohort study of over 416,000 individuals, majority men (57%), observed over 16 years and 78,000 deaths, the authors found a small but significant association between greater intake of plant protein and lower overall mortality, especially mortality due to cardiovascular disease, independent of other risk factors including smoking, diabetes, and hypertension.

Even incremental substitutions of plant protein for animal protein – on the order of 3% of energy – resulted in decreased risk of overall mortality over the 16-year study period. The authors attributed the most profound risk reductions to decreased egg and red meat protein consumption, in men, by 24% and 13% and in women, by 21% and 15%, respectively.

The exposure used in this study was a food frequency questionnaire, which is limited by self-reporting bias and, like all nutritional studies, the findings should be interpreted cautiously. These findings do, however, support previous research indicating plant protein may be superior to animal protein [5]. This may be particularly useful for individuals concerned with longevity and doctors seeking to best counsel their patients. Given the volume of evidence supporting substitution of plant for animal protein as part of a healthy lifestyle, this study provides more ammunition for practitioners advising more plant-based diets.

Inflammation is the hot topic in cardiovascular research, and lipoprotein (a) (Lp(a)) has been established as a causal genetic risk factor in atherosclerotic disease. Knowing this, the authors tried to examine whether inflammation as measured by C-reactive protein could modulate the known risk of Lp(a) using data from the ACCELERATE trial.

The ACCELERATE trial, was a double-blind, multicentre randomized clinical trial that sought to evaluate the efficacy of evacetrapib, a cholesteryl ester transferase inhibitor known to raise high-density lipoprotein cholesterol levels, in individuals at a high risk for cardiovascular disease from 2012-2013 [7]. Though the ACCELERATE trial did not find any benefit for using evacetrapib, the authors used measured levels of Lp(a) and high-sensitivity C-reactive protein (hsCRP) during the study in order to analyse the modulatory effect of a pro-inflammatory state on cardiovascular disease in high-risk patients.

Their findings are not negligible. Starting at hsCRP levels of 2 mg/L or more, increasing levels of Lp(a) were significantly associated with greater rates of mortality, MI, and stroke. This finding was also apparent in timing; a significant stepwise relationship was demonstrated between increasing Lp(a) quintiles and onset of first cardiovascular death, MI, or stroke. These associations began at hsCRP levels of 2mg/L, but did not exist at lower levels of hsCRP, suggesting that a pro-inflammatory state does modulate Lp(a) as a known risk factor.

There are clear limitations to the study, as it is a post-hoc secondary analysis from data in the 10,000 patients that participated in a trial measuring a different outcome. Additionally, the study was more than 80% white and male, with almost all receiving concurrent statins. Still, a next step might be to evaluate whether minimising inflammation biochemically might further decrease the risk of cardiovascular disease.

1) “Risk Factors Associated With Mortality Among Patients With COVID-19 in Intensive Care Units in Lombardy, Italy” [8]

This retrospective, observational cohort study evaluated nearly 4000 critically ill patients with ARDS who had tested positive for SARS-CoV-19 in ICUs in the Lombardy region in Northern Italy. Of the findings, 53% died in the hospital; the median age was 63, nearly 80% were men, and most had at least one comorbidity. Independent risk factors associated with mortality included older age, male sex, a history of COPD, hypercholesterolemia, T2DM, and high FiO2 and high PEEP in the hospital. Interestingly, the use of ACE inhibitors or ARBs were not independently associated with mortality, which contradicts previous hypotheses that the use of these medications might increase mortality risk [9].

2) “Association of Delirium with Cognitive Decline” [10]

3) “Effects of a Workplace Wellness Program on Employee Health, Health Beliefs, and Medical Use” [11]

Workplace wellness programs are all the rage in a society where employment is tied to insurance coverage, despite limited data supporting their efficacy. This randomized clinical trial set out to see if there were benefits of one of these workplace wellness programs at the University of Illinois over 24 months. It found no significant effects on use of healthcare services, measured physical health outcomes, or rates of medical diagnoses, though it increased the number of employees who self-reported a primary care physician as well as improving their subjective beliefs about their own health.

This observational cohort study investigated the benefits of dog ownership in children, with poignant results. Children who grew up in dog-owning households were 30% less likely to have conduct problems, 34% more likely to show pro-social behaviour, and 40% less likely to have interpersonal difficulties relating to their peers. Additionally, the likelihood of pro-social behaviours increased with family dog walking at least once a week and active play with the family dog three or more times a week. Taken to the obvious and logical conclusion, we should all own dogs.

[1] Vollset, S. E., et al. “Fertility, mortality, migration, and population scenarios for 195 countries and territories from 2017 to 2100: a forecasting analysis for the Global Burden of Disease Study.” The Lancet.

[7] Nicholls SJ, Lincoff AM, Barter PJ, et al. (2015)“Assessment of the clinical effects of cholesteryl ester transfer protein inhibition with evacetrapib in patients at high-risk for vascular outcomes: Rationale and design of the ACCELERATE trial.” Am Heart J.