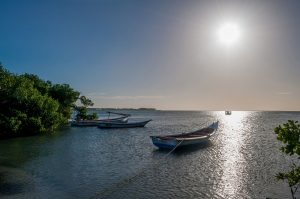 On January 10, 2020, the SARS-CoV-2 genome was declared. Since then, more than 100 SARS-CoV-2 vaccines have been developed, in record time. These “candidate” vaccines that were developed early on have helped to provide a foundation in mRNA platforms and have made way for expedited deployment of the first human clinical vaccine, mRNA-1273. This vaccine is a lipid based vaccine that encodes the SARS-CoV-2 spike glycoprotein (S-2P), which mediates host cell attachment. In this first-ever human phase 1 clinical trial, mRNA-1273 was used in 45 healthy adults to evaluate safety and immunogenicity, and this article describes, preliminary, yet promising, results.

Participants received 2 injections of the vaccine, one month apart, at one of three doses (25ug, 100ug, or 250ug). No serious adverse events were noted, however fatigue, chills, headache, myalgia, and pain at the injection site were a few of the negative events associated in the higher dose group, after the second vaccination. After the first injection, binding of IgG antibodies to the spike glycoprotein increased exponentially, with seroconversion in all participants by day 15, all of which demonstrated immunogenicity. High neutralizing responses were also seen, which have been shown to be protective for other respiratory viruses. Are these neutralizations also important for SARS-CoV-2? We’re still not sure.

Long term follow-up in these subjects will be extremely useful, and will characterize the durability of the immune response, and thus elucidate the protective factors that remain a mystery. Phase 2 is ongoing, with phase 3 right around the corner.

Following development of a suitable vaccine, the question will be, who gets it first? In April, the CDC began planning for this next obstacle. The preliminary plan said that vaccines would first be given to medical and security officials, and then to high-risk essential workers. [2] Now, people are proposing a “weighted lottery” which has been developed by economists aimed at properly allocating resources. [2] The system was used for Remdesivir allocations early on in the pandemic timeline. Interestingly, because weighted lottery allocation within a group is random, the system acted as another form of a trial, demonstrating who the medication worked for populations. Perhaps this similar system will elucidate even more about covid-19!

2. “ Ticagrelor and Aspirin or Aspirin Alone in Acute Ischemic Stroke or TIA.”[3]

The Acute Stroke or Transient Ischemic Attack Treated with Ticagrelor and ASA for Prevention of Stroke and Death (THALES) is a multicenter, randomized, double-blinded, placebo-controlled, trial comparing the effect of ticagrelor plus aspirin versus aspirin alone on the risk of stroke and/or death in patients with a recent stroke or transient ischemic attack (TIA).

11,016 patients with a recent mild-to-moderate acute ischemic stroke or TIA (NIHSS <5) were randomized to receive 30 days of ticagrelor plus aspirin or placebo plus aspirin. The ticagrelor plus aspirin group had a lower risk of stroke or death within 30 days compared to the ASA alone group (5.5% vs 6.6%, p=0.02); however, the incidence of severe bleeding was higher in the ticagrelor-ASA cohort (0.5% vs 0.1%, p=0.001). The overall disability was similar in both groups.

This trial was an important follow up to POINT and CHANCE trials, which had already suggested combination antiplatelet agents were associated with a reduction in recurrent strokes. [4,5] This study has added ticagrelor/ASA to the mix of previously studied clopidogrel/ASA. In the future, it would be interesting to see if these results hold true in patients with moderate-severe strokes, who are known to have worse outcome. With roughly 25% of stroke survivors experiencing second event shortly after the first, this drug combination is extremely important in improving overall outcome.

3. “Timing of Initiation of Renal-Replacement Therapy in Acute Kidney Injury.” [6]

The high incidence of acute kidney injury (AKI) in critically ill patients is well known; however, the appropriate timing for initiation of renal-replacement therapy (RRT) is less understood. The timing is particularly unclear in patients with uncomplicated AKI. Patients presenting with AKI complicated by metabolic disorders and fluid disturbances are more likely to be treated immediately based on the fact that they present more obviously and predictably.

This multinational, randomized, controlled trial, aimed to study the impact of timing of initiation of RRT on death from any cause. The study group hypothesized that an accelerated initiation of RRT in critically ill patients with AKI would lower the risk of death by any cause at 90 days. In total, 3019 patients were randomized to an accelerated group (RRT initiated within 12hr) and a standard group (RRT initiated >72hr).

There was no significant difference between groups in the primary outcome of death at 90 days (43.9% in accelerated group vs. 43.7% in standard group, RR 1.0, 95% CI 0.93 to 1.09). There were also no meaningful differences in dependence on RRT, major adverse events, or length of hospitalization.

Unfortunately, the grey area remains, and in patients with uncomplicated AKI in critically ill setting, it will largely come down to clinical judgement and the challenge of predicting worsening in not-so-obvious subsets. Perhaps more aggressive AKI risk stratification can be done to better characterize the less-obvious subgroup, using biomarkers, or a more stream-lined risk score based on acute and chronic factors. [7]

Vitamin D used to be a relatively straightforward vitamin. We knew that it could be produced in the skin with appropriate sun exposure, that it could be obtained from the diet, and that it could support bone health. Within the last decade, though, Vitamin D has taken on a somewhat enigmatic presence; it’s role in preventing of URI was even recently described! [7,8] With the recent emergence of COVID-19, a respiratory infection in nature, it was no surprise that we started to hear about Vitamin D again. To this day, though, there have been no randomized, placebo-controlled trials, leaving us with a few key questions. Should we be prescribing Vitamin D to patients, in the era of covid-19? There is no randomized controlled trial showing any correlation between covid-19 and vitamin D, however, if a patient is deficient, and/or in a high-risk group, it may be worth considering supplementation.

Chronic plaque psoriasis can be difficult for clinicians to treat with topical therapy. Topical glucocorticoids are often used, but can only be applied for a maximum of 8 weeks due to the side effects of prolonged used (ie. thinning skin, atrophy, striae, etc.). Vitamin D derivatives are also used, but frequently cause irritation. Topical calcineurin inhibitors are another, off-label option that is generally limited to facial and intertriginous psoriasis. These options often fall short and do not quell the physical and emotional distress patients experience with chronic plaque psoriasis.

This randomized, double blinded, placebo controlled phase 2b trial examined roflumilast cream as a potential topical treatment of psoriasis. Roflumilast inhibits PDE-4 activity which is greater in psoriatic skin than in health skin. At week 6, patients using roflumilast were nearly clear of psoriasis with only very mild side effects. While these preliminary results look great, longer and larger trials are needed before we get too excited!

This randomized, placebo-controlled trial studied dexmedetomidine in patients undergoing cardiac surgery with cardiopulmonary bypass. Dexmedetomidine is an alpha-2 adrenergic agonist that leads to heart rate reduction, AV and sinus node depression, as well as anti-inflammatory properties. Based on the features of this drug, dexmedetomidine was hypothesized to reduce the incidence of atrial fibrillation, delirium, kidney injury, and postoperative pain, all of which are common events following these cardiac surgeries.  Unfortunately, it had no effect on incidence of atrial fibrillation, did not improve kidney function or surgical site pain, and ended up worsening delirium and adding hypotension to list of problems. Ultimately, the patients in the intervention group stayed longer in the ICU.