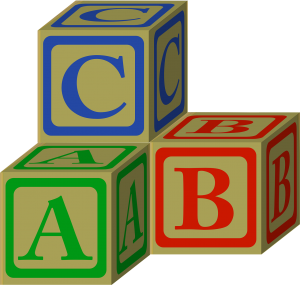 Effective treatment for Parkinson Disease (PD) is a major unmet need in medicine. Despite being the second most common neurodegenerative disease, there are no proven strategies for slowing disease progression [2]. Isradipine, a dihydropyridine calcium channel blocker used for the treatment of hypertension, has been shown to be neuroprotective in animal models by inhibiting CAV-1 L-type calcium channels.

This Phase 3 investigation of isradipine in early-stage PD is a three-year, multicenter, randomized, double-blinded, placebo-controlled trial. The study population included patients age 30 years or older diagnosed with PD within the previous three years, and not on dopaminergic anti-Parkinson medications. Patients with a history of atypical parkinsonism, orthostatic hypotension or congestive heart failure were excluded. Participants received 5 mg of isradipine or placebo twice a day for three years. The primary outcome was change in Unified Parkinson’s Disease Rating Scale (UPDRS) from baseline to 36 months. The authors enrolled a total of 336 patients and found no significant difference in UPDRS change between the isradipine group (2.99 [95% CI, 0.95-5.03]) and placebo group (3.26 [95% CI, 1.25-5.26]). Furthermore, there was no difference in the number of people who started other anti-Parkinson therapy or in time until initiation of those medicines.

Isradipine does not appear to slow the clinical progression of PD. While adequately powered, this study does have a few limitations. The dosage of isradipine may not have been high enough to inhibit L-type calcium channels in the brain. There is also no means to assay the effects of isradipine on CAV-1 L-type calcium channels in humans. Given these faults and our limited repertoire in treating PD, isradipine may warrant further investigation, either by increasing dose or frequency. Further research on the preventative role of isradipine will also be important, as epidemiological studies have demonstrated a reduced risk of PD among patients taking dihydropyridines for hypertension [3,4].

This multicenter cohort study aimed to create a pre-endoscopy score to better predict mortality in upper GI bleeds (UGIB). The authors then also externally validated their model in both upper and lower GI bleeds and compared their new score to previously published mortality scores (the AIMS65, GBS, and Oakland scores) using the area under the ROC curve, positive predictive value, sensitivity and specificity.

The ABC score, as the authors named it, assigns points based on age, blood test (including urea, albumin, and creatinine), and comorbidities (including altered mental status, cirrhosis, disseminated malignancy, and ASA score). In external validation studies, the ABC score was closely associated with 30-day mortality in UGIB and LGIB cohorts; AUROC was 0.81 [95% CI, 0.78-0.83] and 0.84 [95% CI, 0.79-0.89], respectively. The ABC score was also more closely associated with mortality when compared to other scores. Notably, the ABC score was less sensitive than AIMS65 score in predicting 30-day mortality in low- and high-risk patients.

The ABC score has many applications in hospital medicine. When used in conjunction with pre-existing scores like the GBS, it can be used to risk stratify patients to see who would be most appropriate for endoscopy while inpatient and who could be discharged with follow-up. The ABC score can also identify patients with high mortality rates, where intervention may prove futile. One limitation of this study is the inability to distinguish between patients presenting to the hospital with GI bleeds and those who developed GI bleeds while hospitalized. It’s unclear for which population the score is better suited.

Association Between Treatment With Apixaban, Dabigatran, Rivaroxaban, or Warfarin and Risk for Osteoporotic Fractures Among Patients With Atrial Fibrillation [7]

The choice of anticoagulation (AC) among patients with atrial fibrillation (AF), is often dictated by renal and hepatic function, as well as concomitant cardiac comorbidities. Rarely is the risk of osteoporotic fracture considered in clinical judgement, despite the substantial morbidity and mortality of fracture. In this population-based cohort study, Lau et al compared the risk of fractures, between direct oral anticoagulants (DOACs) and warfarin, in patients with newly diagnosed AF.

This study included patients over the age of 18, with newly diagnosed AF on anticoagulation.  Patient with valvular heart diseases, hyperthyroidism, and transient AF were excluded. The primary outcome was occurrence of hip or vertebral fracture, with exclusion of traumatic fractures. Cumulative incidence differences (CID) and hazard ratios were calculated.

This paper adds to the growing body of data supporting the lower risk of fractures with DOACs compared to warfarin [8]. It highlights the need to consider fracture risk when choosing AC. This is an important consideration because fractures and AF share many risk factors, including older age and diabetes [9]. Although this paper does have a large sample size and performs a subgroup analysis by gender, it fails to stratify by other important confounders including body mass index, alcohol consumption, and smoking status.

Inflammatory Bowel Disease (IBD), like many other immune-mediated diseases, may be preceded by an asymptomatic period [11]. To aid in the identification of patients at risk for IBD, Torres et al constructed a case-control study to find serum biomarkers associated with future diagnosis of IBD. They identified 200 patients with Crohn’s disease (CD), 199 with Ulcerative colitis (CD), and 200 healthy controls (HCs). Serum samples were obtained around the date of IBD diagnosis and in approximately two-year intervals prior to diagnosis. Ability to predict IBD diagnosis was assessed by area-under-the-curve calculations.

The strength in this study is that it prompts further research. By concluding that it may be possible to identify patients with IBD prior to symptom onset, this article presents the question: What do we do with this information? It still remains unclear what interventions can decrease the risk of IBD in the preclinical stage. Furthermore, this study was only able to internally validate its serum biomarkers. Future work should seek to externally validate on a larger study population.

Medical treatments for postprandial distress system (PDS), a subset of functional dyspepsia, is limited in scope and efficacy, leading more than 50% of patients to seek alternative forms of treatment [13]. This randomized controlled trial is made up of 278 Chinese patients with PDS, age 18-65, treated with either acupuncture or sham acupuncture. Patients treated with acupuncture had higher rates of symptom improvement (31.4% higher) and elimination (10.5% higher) compared to the sham group, making acupuncture a viable option for treatment of PDS.

APOL1 genetic variants G1 and G2 are more common in individuals with African decent and have been associated with nephrotic diseases [15]. Nephrotic-range proteinuria has also been reported among COVID-19 patients [16]. This case series set out to characterize Black patients with COVID-19 and acute kidney injury with nephrotic-range proteinuria. All six patients were found to have the G1/G2 APOL1 variants and kidney biopsies showing collapsing glomerulopathy. Interestingly, all study participants did not have viral particles or SARS-CoV-2 RNA on biopsy. This limited study supports the hypothesis that COVID-19 indirectly damages the glomeruli. However, given the small sample size and lack of control groups, the conclusions are limited.

Previous studies have found an association between cirrhosis and poor COVID-19 outcomes. However, these studies were limited by lack of negative and positive controls [18,19]. This cohort study followed 37 cirrhosis + COVID-19, 108 COVID-19 only, and 127 cirrhosis-only patients. Among COVID-19 patients, cirrhosis incurred a higher mortality (30% vs 13%, p=0.03), although no difference in need for mechanical ventilation was noted. Patients with cirrhosis + COVID-19 had similar mortality rates when compared to the cirrhosis-only cohort. This study highlights the need for patients with cirrhosis to seek medical care during the COVID-19 pandemic and supports the growing body of literature identifying cirrhosis as a risk factor for mortality.