Myths and Realities: Do Spicy Foods Cause Peptic Ulcer Disease? 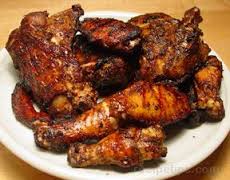 Growing up in a Caribbean household, spicy foods were a pillar of my diet as an adolescent. I distinctly remember the joy that I would feel during the holiday season when my father ignited the grill and began cooking his infamous jerk chicken. For the majority of my adolescence, my father made flavorful, spicy jerk chicken that was well-regarded by his family and co-workers alike. However, as I reached my teenage years, I noticed my father began reducing the spice levels in my favorite holiday meal, much to my dismay. When I asked my father about his reasoning, he told me that he began reducing the spice levels in all of his cooking over the past several years “to protect us from getting stomach ulcers.” As a teenager, I vaguely remembered hearing about an association between spicy foods and stomach ulcers, so I accepted my father’s reasoning without a second thought and begrudgingly internalized the fact that my favorite holiday meal would be a little bit blander in the future. However, was my father correct? Do spicy foods cause gastric ulcers or peptic ulcer disease in general?

Peptic ulcers are defects in the mucosa of the gastrointestinal lining that penetrate the muscularis mucosae layer and form a cavity with surrounding inflammation [1]. In addition to abdominal discomfort, peptic ulcers are also associated with a wide range of complications, including bleeding, gastric outlet obstruction, and even life-threatening perforation. Peptic ulcer disease significantly impairs patient well-being, and studies suggest that management of peptic ulcer disease and its complications represent a significant economic burden [2, 3]. With these facts in mind, it is important to dispel any myths regarding the origin of peptic ulcer disease in order to better focus our efforts on its true causes and effectively manage our patients.

Prior to the 1980s, physicians believed that spicy foods were one of the primary causes of peptic ulcers and as a result, a bland diet was often recommended as part of the treatment strategy for peptic ulcer disease. However, those days are in the past, and the American College of Gastroenterology no longer recommends that patients with peptic ulcer disease follow bland diets [4]. It is clear that the current accepted position amongst gastroenterologists is that spicy foods do not cause peptic ulcers. However, it remains unclear how the association between spicy foods and peptic ulcers began in the first place. A literature review revealed no large-scale observational studies or clinical trials that produced a positive association between spicy food consumption and peptic ulcers. In fact, several studies, including a large prospective cohort study in Taiwan, a similar rate of consumption among patients who are ultimately diagnosed with peptic ulcer disease compared to those without. [5]. So why did physicians initially believe that spicy food consumption caused peptic ulcers with little data to support that fact? In my opinion, there are two plausible contributing factors. One factor is the fact that spicy foods are colloquially thought of as an irritant and it therefore intuitively (but not scientifically) made sense that spicy foods may “burn a hole” in a patient’s stomach lining. The other factor is the fact that spicy foods may have a real association with dyspepsia and indigestion. A prospective study of 121 Japanese and Korean patients revealed a positive correlation between self-reported symptoms of dyspepsia and increased consumption of capsaicin-rich foods [6]. Although this study does point to a possible association between spicy food consumption and dyspepsia, it is important to note that simple indigestion is not equivalent to peptic ulcer disease. Dyspepsia, colloquially known as indigestion, is a symptom, and it is defined as epigastric pain, burning, postprandial fullness, or early satiety [7]. This should be distinguished from peptic ulcer disease, which is a diagnosis characterized by defects in the gastrointestinal lining of the stomach or duodenum with the potential to lead to dyspepsia as a symptom [1]. It should also be distinguished from gastroesophageal reflux disease (GERD), a condition defined by the reflux of stomach contents into the esophagus, which can also cause symptoms of dyspepsia [8]. Twenty-six percent of Americans complain of symptoms of dyspepsia yearly, whereas the prevalence of peptic ulcer disease in the United States is close to one percent [9].

An alternative explanation for the cause of peptic ulcer disease was first conceptualized in 1984 in a groundbreaking study in The Lancet. Barry J. Marshall and J. Robin Warren reported the presence of a previously unidentified curved bacilli in gastric samples of a majority of patients who were found to have chronic gastritis, duodenal ulcers, or peptic ulcers on upper endoscopy [10].That bacterium was later named Helicobacter pylori and Barry J. Marshall and J. Robin Warren eventually went on to win the Nobel Prize in 2005 for establishing the causative role that the infectious agent H. pylori plays in the development of peptic ulcers [11]. H pylori contributes to the development of peptic ulcers via inhibition of somatostatin, gastric metaplasia, and production of a robust inflammatory response. It is believed to be prevalent in 50 to 75 percent of individuals with peptic ulcers in the United States and Western Europe [12]. Excessive NSAID use is thought to be the culprit for most of the remaining cases of peptic ulcers, particularly in patients who are H. pylori negative. The prevailing notion is that chronic NSAID use causes inhibition of COX-1 in the gastrointestinal tract, which leads to reduced prostaglandin production and thus a decrease in the protective effects of prostaglandins on the gastric mucosa [13].

Overall, contrary to the prior beliefs and management practices of physicians in the past, it is now evident that spicy foods do not cause peptic ulcers. H. pylori and excessive NSAID use are known to be the primary causes of peptic ulcers and our treatments (antibiotic therapy, limiting NSAID use) are now appropriately targeted towards these causes. In fact, some recent research on capsaicin, the active ingredient in chili peppers, suggests that it may play a beneficial role in ulcer healing by inhibiting acid secretion and promoting alkali, mucus secretions [14]. In any event, while spicy foods do not appear to cause peptic ulcers, there is evidence that they may be a source of dyspepsia in certain individuals and should be avoided if this is the case for a particular patient. While my father was likely incorrect regarding spicy foods causing peptic ulcer disease, it is quite possible that his infamous jerk chicken may have been causing dyspepsia and toning down the spice was a wise decision.