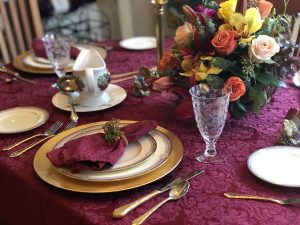 The RIVER trial sought to assess both the efficacy and safety of using rivaroxaban, a direct oral anticoagulant, in patients with atrial fibrillation and a bioprosthetic mitral valve. The ideal method of anticoagulation in these patients remains unclear, and warfarin is often used largely as a result of a lack of evidence for DOACs in this population. [2] This trial was performed in order to address that lack of evidence.

The RIVER trial was a multicenter open label, randomized noninferiority clinical trial performed across 49 sites in Brazil. 1005 patients were randomized 1:1 to receive either Rivaroxaban (at either 15 or 20mg daily by Cr clearance) or Warfarin (titrated to a goal INR of 2-3) and these patients were then followed for 1 year. The trial included adults age 18-80 with (1) a bioprosthetic mitral valve, (2) persistent or paroxysmal atrial fibrillation or atrial flutter, (3) and an indication for anticoagulation. The trial excluded people with various conditions felt to increase bleeding risk, patients receiving certain medications (DAPT, high dose aspirin, long term NSAIDs), patients with significant liver or kidney dysfunction, and women who were either of reproductive age and not using contraception, pregnant or breastfeeding.  The primary efficacy outcome was a composite of death, MACE, or major bleeding at 12 months. The authors performed an intention to treat, an as treated and a per protocol analysis. The authors calculated the restricted mean survival time (RMST), representing average time to event and compared them across groups in addition to comparing the total number of events.

This trial has several important limitations. Overall, the small number of observed events limits the analysis. However, the authors emphasize that the use of the RMST analysis method does not depend on the number of events observed. The authors also acknowledge the potential for bias in their open label design, and in their as treated and per protocol analysis. An additional limitation is the relatively short follow up, especially given that the mean time to primary event was approximately similar to the duration of the study.

In summary, the RIVER trial found that Rivaroxaban was non-inferior to warfarin when used as anticoagulation in the patient’s with bioprosthetic valves and atrial fibrillation and provided some, more limited evidence for the possibility that Rivaroxaban may actually be superior to warfarin with respect to certain outcomes, such as the prevention of stroke, and with respect to certain subsets of the studied population, such as patients who have received a prosthetic mitral valve within 3 months.

Cryoablation or Drug Therapy for Initial Treatment of Atrial Fibrillation [3]

This trial was a multicenter randomized open-label trial performed across 18 centers in Canada. The study included 303 adult patients with symptomatic atrial fibrillation who had at least one episode of documented atrial fibrillation. Patients were excluded if they had already been treated with anti-arrhythmic medications or had a previous ablation. These patients were 1:1 randomized to an initial strategy of anti-arrhythmic medications or catheter ablation, implanted with a long-term arrhythmia monitor (LINQ recorder) and followed for 1 year. The primary endpoint was recurrence of atrial arrhythmia between 91 and 365 days after randomization. Repeat ablation or change in treatment group outside of the study protocol were also considered primary endpoints. Secondary end points included symptomatic atrial arrhythmia recurrence, the success of multiple ablations, quality of life, healthcare utilization and serious adverse events. All analysis was based on intention to treat.

The STOP AF First trial, similar to the above study, assessed the efficacy of cryoablation as an initial management strategy for symptomatic paroxysmal atrial fibrillation. The study was a randomized controlled trial performed across 24 centers in the United States. 225 patients aged 18-80 with symptomatic paroxysmal atrial fibrillation were included. They had no history of treatment with antiarrhythmic drugs, or previous ablations. Patients were followed for one year, with intermittent ECGs, patient activated telephone monitoring, and periodic 24-hour ambulatory ECG monitoring. The primary endpoint was treatment success, defined as absence of initial procedural failure, any recurrent procedural intervention, arrhythmia recurrence, need for cardioversion or need for antiarrhythmic therapy in the ablation group. Secondary endpoints included quality of life scores and healthcare utilization data. Safety outcomes were only assessed in the ablation group. Analysis was performed by intention to treat.

74.6% (95% CI 65-82%) of the ablation group compared to 45% (CI 34.6-54.7) of the medication group achieved treatment success, indicating a NNT of 3.4. A primary safety event occurred in 2% of the ablation group (CI 0.5-7.5%) meeting the prespecified safety threshold for the procedure and serious adverse events occurred in an equal proportion of the two groups. There were no significant differences in health care utilization or need for cardioversion between the two groups.

Similar to the Early AF trial the limitations of this study include the short follow up and the small sample size with a low number of serious adverse events observed in the study.

In summary, the Stop AF First trial and the Early AF trial both provide convincing evidence that over 1-year patients with symptomatic atrial fibrillation who are managed with early ablation prior to an attempt at anti-arrhythmic therapy have a lower arrhythmia recurrence rate with a low NNT of ~4 seen in both trials. However, both trials were limited by small sample sizes and short follow up that failed to demonstrate a reduction in healthcare utilization or serious advents with early ablation. The overall cost effectiveness of an early invasive approach to this disease therefore remains unclear over the long term.

Hospitals across the Kaiser Permanente health system implemented a model to automatically calculate a clinical deterioration risk score using data from their electronic medical record. A subset of hospitals within the system then implemented a program whereby nurses reviewed medical records of patients at high risk for clinical deterioration, performed a remote chart review and contacted a rapid response nurse who then contacted the patient’s primary physician to ask if they would consider a proactive transfer to an ICU, an urgent palliative care consultation or both. The 30-day mortality, measured from the point a patient reached the deterioration score threshold was 20.4% for hospitals without this program compared to 15.8% for hospitals with the program, representing a NNT of 22.

The AFFIRM-AHF is a multicenter double blind randomized clinical trial performed across 121 sites all over the world, which randomized 1:1 adults with HFrEF hospitalized for acute heart failure exacerbations who were found to be iron deficient, irrespective of anemia, to treatment with IV iron vs placebo. 217 heart failure hospitalizations occurred in the treatment group relative to 294 in the placebo group. The NNT to reduce a subsequent hospitalization for heart failure was 6.

This study used a large registry to compare the incidence and outcomes of out of hospital cardiac arrests (OHCA) throughout the United States in 2019 compared to 2020, in an effort to assess the impact of the COVID-19 pandemic. During the pandemic the incidence of OHCA increased throughout the US, but most notably in areas of high COVID-19 mortality, rates of sustained ROSC were reduced in all areas of the United States and survival to hospital discharge following OHCA was lower in areas with higher COVID-19 mortality. The authors theorize that some of these findings may be related to delayed medical care during the pandemic worsening outcomes though emphasize this is unlikely to explain the findings in areas that had low rates of COVID-19. Alternatively, they propose that some of the interim guidelines for first responders that were recommended during the pandemic, such as pausing compressions during intubation, may have worsened outcomes but this will require further study to verify.